A Little Baudy, A Bit Risque 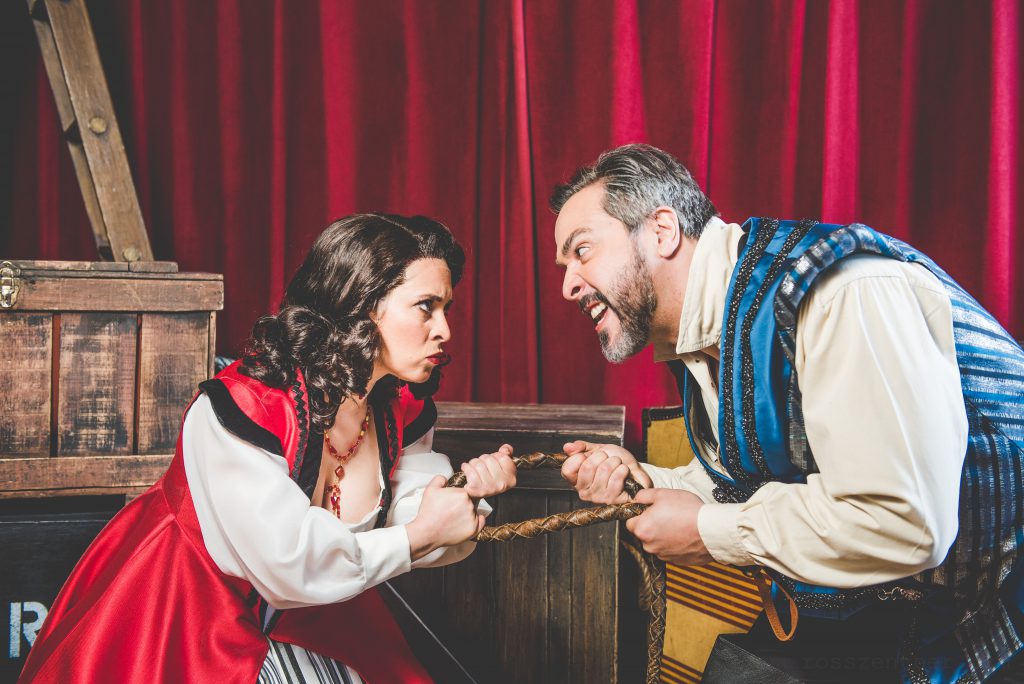 Yes, the man is busy wrapping up his 20 years at the Skylight Music Theatre. Yes, he’s enduring the hectic schedule of directing the upcoming Kiss Me, Kate, beginning May 17 at the Broadway Theater Center. But cut him some slack. The man is also busy prepping for his first stage performance in a long while. Skylight Artistic Director Ray Jivoff will be playing playing Frank Kosinski, a father, and more importantly a lifelong Green Bay Packer fan with season tickets, in  Dad’s Season Tickets, an original work by Matt Zembrowski, a Whitefish Bay native.

“It’s a funny story about a father who has season tickets and his daughters concern about who will inherit the tickets when he dies,” Jivoff says. “We’re doing it at the Northern Sky Theater in Door County.”

Meanwhile Jivoff is very busy at the Skylight, where he decided it was time to retire after Kiss Me, Kate wraps up a six week run. “I need to step away from management,” Jivoff says. “After 20 years, I think I need to spread my creative wings again.”

Jivoff said he stepped into his current role a couple of years back, but it was not something he’d planned on. “It was never a goal. I’m very grateful I did get the job. I don’t know if things necessarily happen for a reason. There is a randomness to the universe and I think we apply reason to it.”

Among the many highlights of Jivoff’s career at Skylight are creating the Enlighten program, which includes an in-depth partner school program in eight MPS schools.

Going out with a show like Kiss Me, Kate was a happy coincidence for Jivoff. It’s arguably the greatest show ever created by composer and lyricist Cole Porter, well known for romantic, beautiful ballads, but a little baudy and risque. “There’s a lot of that naughty stuff in here,” Jivoff says. “A tongue-in-cheek battle of the sexes. It revolves around a divorced husband-and-wife acting team. It’s a show within a show.”

The plot: divorced Broadway stars Fred Graham and Lilli Vanessi agree to star in a musical adaptation of William Shakespeare‘s Taming of the Shrew alongside rising young actors Lois Lane and Bill Calhoun. Backstage complications pile up due to a romantic misunderstanding between Fred and the soon-to-be-remarried Lillie. “They know how to push each other’s buttons onstage and backstage,” Jivoff says. “Like Noises Off,  it’s a great farce. I think the real appeal is that it crosses over.” In short, you see how the relationship between the husband and wife gets reflected in their performances in the Shakespeare production. “We see how the character’s performance is influenced. What carries over. We’ve highlighted that.”

The show is being performed with a relatively small cast, as Jivoff whittled it down. “There’s a stage manager character and a doorman character named Pop,” Jivoff says. “I felt both served the same purpose and was able to meld them together. He also double-cast one actor playing different roles in the first and second half of the play.

During the past 20 years Jivoff says he has witnessed some changes and also observed how some things stay the same in Milwaukee. “I don’t think Milwaukee has been a community where they want edgy stuff,” Jivoff says. “Titles pay off. Shows they’re familiar with tend to sell. Our audiences are aging out and new audiences are coming in.”

Javoff says he considers the ‘younger audiences’ to be in their 40s, their kids are graduating from high school and they’re looking for things to do. “I hear that a lot at the theater,” Jivoff says. “A lot of our patrons are getting out more, checking out shows around the area and they’re interested in all the art forms.”

During his 20 years with the Skylight, Jivoff says he’s enjoyed a wonderfully congenial relationships with other arts groups, with a twist of competition. “It’s a good-natured rivalry,” Jivoff says.

He says there are so many tunes in this show he loves, like “Wunderbar,” “We Open in Venice” and “Brush Up Your Shakespeare.” “They’re all fun,” Jivoff says. “It’s a ribald wordplay, kind of shocking when you think it debuted in 1948. But in his peerlessly witty songs, Porter always tended to have a lot of sexy stuff in his work.”

There is a bit of physicality in the show. Since the two main characters simultaneously love and hate each other, Jivoff said it offered some openings for rambunctiousness. “I had a combat guy come in and choreograph things,” Jivoff said. “The characters are in a battle, throwing stuff at each other. The lighting was complicated. She’s up on a second level balcony and she throws a pot of geraniums and it hits the ground. They beat each other up with big sausages. A lot of over-the-top humor.”

Milwaukee clearly loves this kind of show as it has already been extended. “We’ve added a fourth week,” Jivoff said. “I guess we’ll be keeping an eye on the Bucks’ playoff schedule to see what the audiences turn out for,” Jivoff jokes.