By Laurel White, Wisconsin Public Radio - May 10th, 2019 10:13 am
Get a daily rundown of the top stories on Urban Milwaukee 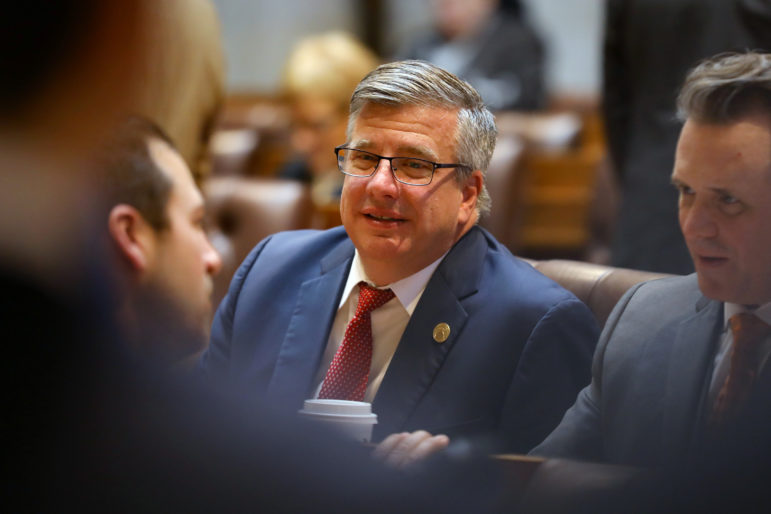 GOP lawmakers on Thursday took the first step in rejecting many of the pillars of Gov. Tony Evers’ proposed budget.

The Legislature’s budget committee voted 11-4 to remove the governor’s plans to accept a federal expansion of Medicaid funding, legalize medical marijuana and reduce a tax credit for manufacturers in the two-year spending plan. All Republicans on the committee voted in favor of the deletions. Democrats voted against.

“We believe the state has been headed in the right direction,” said committee co-chair Rep. John Nygren, R-Marinette before the vote. “We don’t believe it’s time to change course, to go back to the days of deficit spending, large tax increases.”

The Medicaid expansion is particularly important to Evers’ budget, as his administration has estimated it would free up about $320 million in funding over two years, allowing the state to invest in other things.

The governor has said he would “fight like hell” for the proposal. He has cited a recent poll from Marquette University Law School that said 70 percent of Wisconsin residents support the Medicaid expansion and called on Wisconsin residents to contact their lawmakers to voice their support.

After the vote, Evers released a statement calling it “morally reprehensible.”

“Every Republican must be held accountable for their decisions on health care, not just here in the Capitol, but back in their communities,” he said.

Nygren told reporters Thursday before the vote his phone “has not been ringing off the hook” with pushback from constituents. He said many of those who have contacted his office misunderstand the issue.

“The motion that my Republican colleagues have before us turns the people’s budget into the politicians’ budget,” said Rep. Chris Taylor, D-Madison. “The people’s voices are being recklessly disregarded.”

Republicans have argued accepting the Medicaid expansion will raise health insurance costs on the private market.

“I do not have a moral problem,” said Sen. Tom Tiffany, R-Hazelhurst, in response to Democratic criticism. “We have been responsible to the taxpayers of the state of Wisconsin and we have done the right thing.”

Republicans, who control both chambers of the state Legislature, have raised concerns with the governor’s entire budget since it was introduced in February. They say it is too large and too expensive for taxpayers.

Nygren said his primary objectives for the budget include increasing K-12 education funding and finding a “long-term” solution to the state’s transportation funding challenges.

Evers proposed an 8 cent increase to the gas tax in his spending plan.

The governor’s plan would also bring back automatic gas tax indexing, a law that was initiated in 1985, then repealed 20 years later by Republican lawmakers and Democratic Gov. Jim Doyle.

Republicans didn’t include the gas tax increase in their list of proposals slated for removal.

GOP lawmakers, particularly in the state Assembly, have supported gas tax increases in the past, but faced pushback from former Gov. Scott Walker.