Illuminations from the Middle Ages 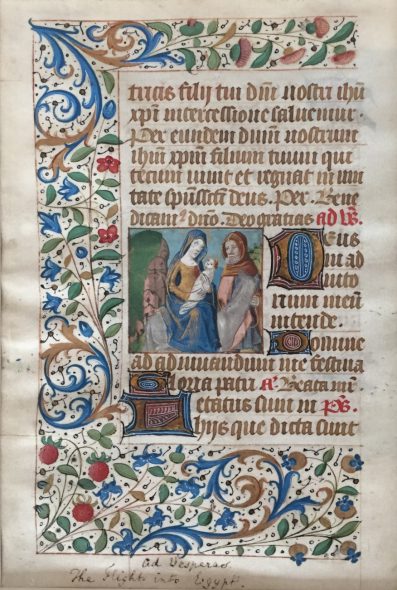 French, Leaf with a Miniature of the Flight into Egypt from a Book of Hours, ca. 1475. Ink, tempera, and gold leaf on vellum. Collection of Miles Vilski.

The Milwaukee Art Museum’s (MAM) current exhibit, “The Art of Devotion: Illuminated Manuscripts from Local Collections,” is a fascinating look at the painstaking, delicate artistry behind bookmaking prior to the invention of the printing press, as well as a study in medieval religion.

“The Art of Devotion” contains more than 20 handmade religious manuscripts (the word “manuscript” comes from the Latin manu, or “hand,” and scriptus, or “written”), from Wisconsin collections, including the Haggerty Museum of Art, Nashotah House Theological Seminary, UW-Milwaukee special collections, and art collector Miles Vilski.

The 13th to 16th-century European manuscripts, among them devotionals, antiphons (books of brief Christian chants) and psalters (books of Psalms), are written entirely in Latin, the lingua franca of the Roman-Catholic Church, and in Gothic font. Many of the manuscripts in “The Art of Devotion” were found in Spain, France, Italy and the Netherlands, although the exhibit does feature a manuscript from England (a rarity, considering that, in the 16th century, King Henry VIII ordered many religious documents confiscated and destroyed so that he could form the Church of England).

Each manuscript is so carefully lettered that it’s difficult to believe a human hand created it. For example, a portable devotional, used primarily by missionaries who didn’t care to lug around large, cumbersome volumes, contains minuscule, but precise, print. One would probably need a magnifying glass to view it properly.

In comparison, two sizable, hefty antiphons from Renaissance Spain, showcased in a glass case, feature giant words that a whole choir — probably even singers with poor eyesight — could easily read.

A handful of the manuscripts feature gorgeous illustrations, some gilded, of wildlife, figures in prayer positions, and religious symbols, which seem to be as vivid as they were centuries ago. Besides black ink, red and blue ink were commonly used in manuscripts.

Sawinski said that the exhibit will represent art from the Middle Ages, a time period lacking in the MAM collection.

“I kind of envisioned it as an introduction to the topic,” she added. “This is one of those hidden collections at the museum.”

Besides manuscripts, visitors can view a digital Book of Hours dating back to 1400, a part of the Nashotah House’s rare book collection.

A short video explains the incredibly involved bookmaking process, which, coupled with manuscript writing, could take months or even years, depending on the book’s length. Early book pages were made out of stretched vellum, or animal skin, the ink from iron or oak gall. Quills were bird feathers sharpened with a knife, and, often, illustrations were colored in with egg tempera. In a time long before Wite-Out, writing mistakes were scraped away with a knife (although the scribe had to catch the mistake before the ink dried on the animal skin permanently).

Besides being a visually attractive exhibit, “The Art of Devotion” is incredibly educational, a must-see for bibliophiles, as well as history and art aficionados.

“The Art of Devotion” Gallery 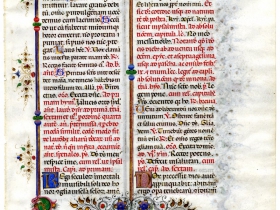 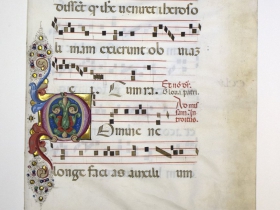 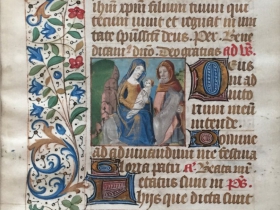 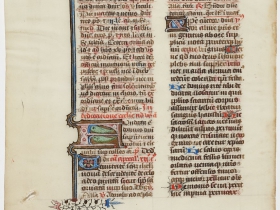 Republicans Turn their Back on Wisconsinites with Budget Votes by State Sen. Melissa Agard