The Rise of Victory Gardens

By Isiah Holmes, Wisconsin Examiner - Mar 15th, 2019 12:17 pm
Get a daily rundown of the top stories on Urban Milwaukee 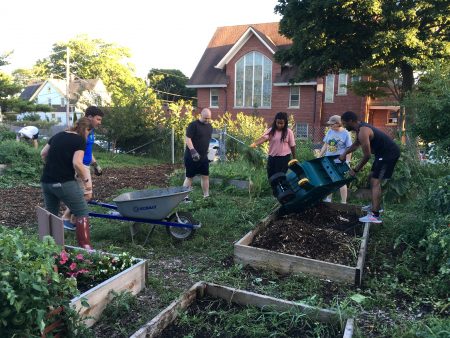 “Growing your own food is a way to transform your community for the better,” says Gretchen Mead, executive director of the Victory Garden Initiative (VGI). The former social worker describes community-centered agriculture as “a movement” which blooms in Milwaukee each year.

Such as in May, when VGI launches its 11th annual Garden Blitz. “We build 500 gardens during the blitz,” explains Mead. “Some of those are community gardens, most are in people’s yards. Some are in churches, schools.” According the VGI’s website, even vacant lots are fair game as the Garden Blitz pushes to reach a milestone of 5,000 installed gardens. VGI aims to engage the entire community not only though the blitz, but also numerous educational workshops and volunteer opportunities. Reaching young people, and particularly children, is especially important.

Before founding the Victory Garden Initiative in 2008, Mead worked as a social worker. Her job quickly acquainted her with the impact a lack of access to healthy food had on people’s lives, whether it was adults living in urban food deserts or children who seemed severely over-medicated. Mead also noticed that the role food plays in one’s wellness was “missing from the conversation.”

She recounts seeing “children as young as young as four on maybe seven different medications for, like, bipolar disorder. Which generally isn’t even indicated in children.” Mead wondered why things like “having them tested for food allergies, or to see if their lead levels were too high” weren’t being considered. “We’re not even looking at additives or different kinds of colorings which we know trigger bad behavior in children. And yet we’re treating them with more chemicals.” Mead says her experience in that field was very enlightening. Her desire to “create change not on an individual level, but from a systems perspective” eventually spawned the Victory Garden Initiative.

VGI allows Mead and others to continue working with children from across the city. She notes how curious children are about growing food and cooking, and how proud they are of their creations. “We’ve observed children are very malleable in terms of their dietary habits. And when they grow their own food they’re willing to try new things.” This is often contagious, and the kids share their creations with parents and family. “It has a ripple effect through the community,” Mead told Urban Milwaukee.

Besides preparing to build dozens more gardens across Milwaukee, VGI will also host its second annual CSA Share. Standing for “Community Supported Agriculture,” the shares allow VGI to sell produce throughout the growing season. Doing this not only connects the community with who’s growing their food, but also generates funding for VGI’s youth programs. “Last year was our first year running a CSA program,” says youth and farm program manager Christine Kuhn. She described last year’s program as “an experiment to see ways that we could use more of the produce that we’re producing on the farm, and get it to our community.”

Though successful, VGI also found ways to improve this years CSA based on community feedback. “This year we’ve added two drop-off locations in areas where a lot of our share holders are coming from,” explains Kuhn. If you’re interested in getting regular supplies of fresh produce, this year the pick-up locations will be Outpost in Bay view 2826 S. Kinnickinnic Ave.,  Wauwatosa’s Outpost on 70th and State St., and VGI’s farm house on 249 E. Concordia Ave. CSA shares also help community members learn about work shares, farm tours and other resources. SNAP and low income payment plans are accepted during the CSA share, which will be held on Tuesdays from June 11th to September 24th. 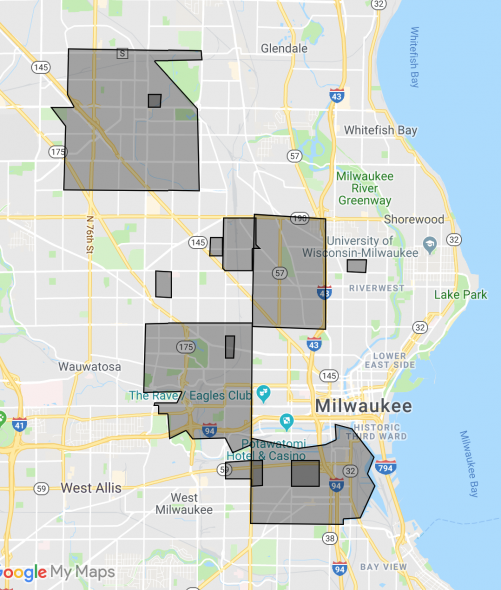 Despite the vast work the organization has already done, more needs to be done. “Trying to get more [garden] beds into the low income neighborhoods has been one of our biggest challenges,” says Kuhn. She explains VGI has a TIN (Target Investment Neighborhood) system wherein sponsors provide funding for more beds in various communities. “With those investors and sponsors that we have,” says Kuhn, “we are able to lower the cost, which makes it a lot easier for people in those neighborhoods.” The entire group of Target Investment Neighborhoods and Sponsored ZIP codes is listed below.

Mead adds that “a lot of our capacity to build gardens in low income communities is directly proportional to local funders.” Nevertheless, gardens are popping up across the city, with grants coming from the Washington Park community and others. “We’re always focused on Harambee community,” says Mead, “because this is where our home is.” It’s truly a system built on input from whichever neighborhoods decide to provide it.