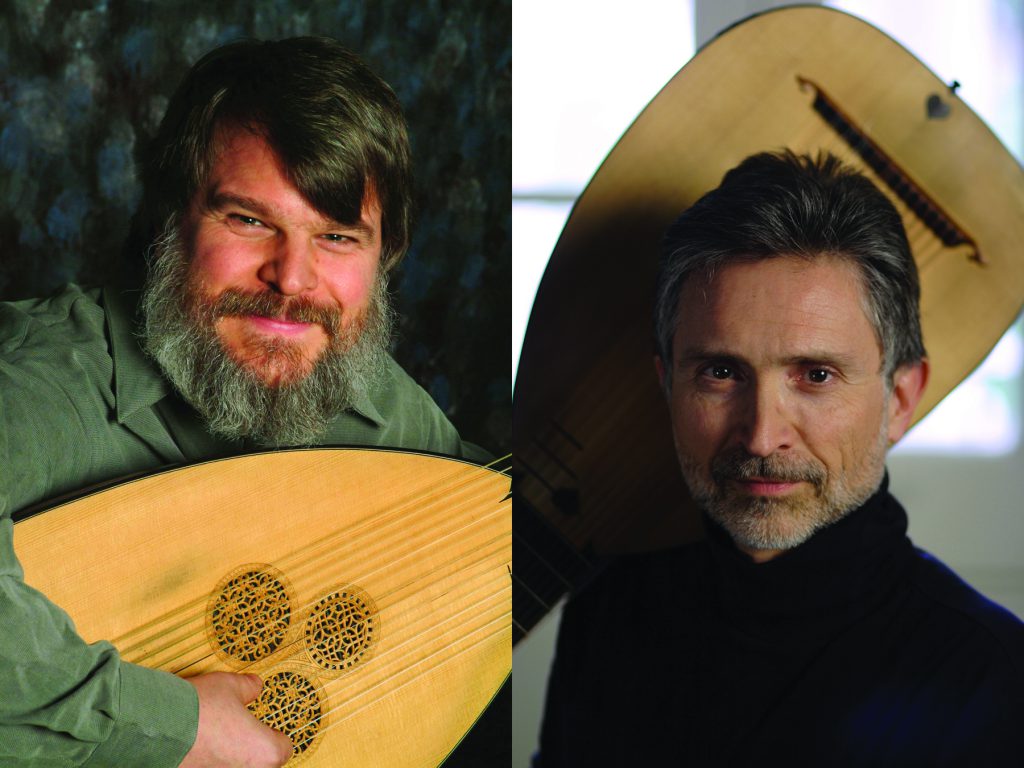 We count on Early Music Now to host the best practitioners of early music. This Saturday they feature lute virtuosi Paul O’Dette and Ronn McFarlane performing at UW-Milwaukee.

Lutenist O’Dette, the winner of a Grammy Award and the Diapason d’Or, has performed at major international festivals throughout the US, Europe, and Australia. He has appeared with respected conductors and ensembles including Jordi Savall, Gustav Leonhardt, Tafelmusik, The Parley of Instruments, and Tragicomedia, and recorded for the Harmonia Mundi, Philips, Decca, Sony, and Hyperion labels, among others. Grammy-nominated lutenist McFarlane is a founding member of Ayreheart and the Baltimore Consort. He has toured throughout the US and Europe, including appearances with Apollo’s Fire, The Bach Sinfonia, Houston Grand Opera, the Oregon Symphony, and the Portland and Indianapolis Baroque Orchestras.

The lute, a soft-spoken instrument that played a pervasive role in the Baroque Era, faded from view as musicians favored instruments that could be heard by audiences in concert halls. Even in Renaissance and Baroque times, the lute often served a secondary role. O’Dette has performed in Milwaukee as the instrumental backup for soprano Ellen Hargis. McFarlane has appeared with an ensemble he co-founded, the Baltimore Consort. In early music ensembles, the lute often joined harpsichords and the viola da gamba in a basso continuo (background) role. We tend to pay attention to a soprano line or listen to the winds or violins offering decoration above the more constant lower pitched music.

As the instrument evolved, the lute varied in design and musical choices within each country. Baroque music for the lute in Italy reflected emerging classical structures from fantasias to canzona and passacaglia. Italy was the laboratory for much of Western Classical music development at that time. A smaller number of English composers wrote ballads and dance music. John Dowland has been most remembered. The concert will select from each mileau.

The concert program may be viewed on the Early Music Now site. Listen to examples of the duets on YouTube.

O’Dette and MacFarlane will perform at 5:00 p.m. at the UW-Milwaukee Zelazo Center for the Performing Arts (2419 E. Kenwood Blvd.) on Saturday, March 16. Fortunately, the acoustics of that hall should support clear listening from most any seat. Tickets may be purchased online or at 414-225-3113.

Early Music Now will also be holding its annual fund-raiser – a Silent Auction and Chocolate Reception. The Silent Auction begins at 3:00 p.m. and will conclude at the end of an extended concert intermission.

The final concert of the Early Music Now season on April 13 will feature a unique experience – music by the monks of Drepung Loseling Monastery of Tibet. The concert, at the Tripoli Shrine Center, explores music that dates back some 2,500 years. During the week, monks will create an intricate sand mandala at Milwaukee’s City Hall. 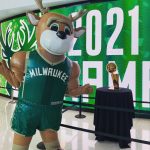