County’s Felony Cases Down Since 2011

Number of cases rose 30% statewide while declining 2% in Milwaukee County.

By Gretchen Schuldt, Wisconsin Justice Initiative - Mar 5th, 2019 01:26 pm
Get a daily rundown of the top stories on Urban Milwaukee

The figures count cases, not individual charges. The statistics reflect the top charge filed in a case.

The reported number of 2017 Milwaukee County felony cases may be several hundred cases low due to a coding error that caused guns and weapons cases to be under-counted. 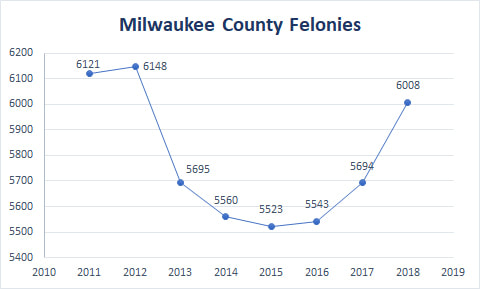 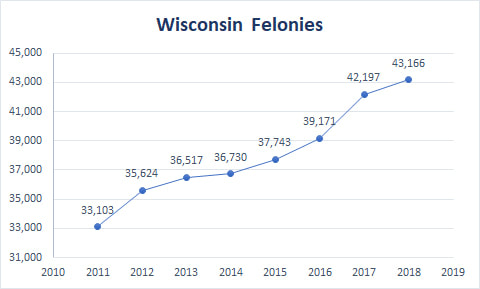