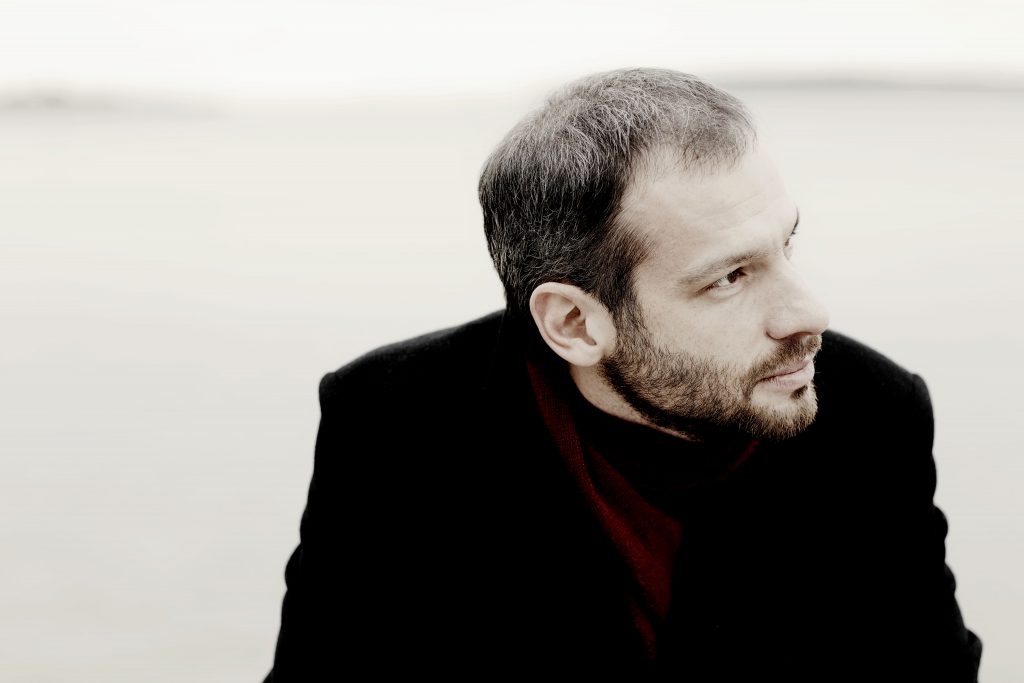 The Milwaukee Symphony presented an all-Russian program this weekend, with Rachmaninoff’s beloved Rhapsody on a Theme of Paganini sharing the bill with two works by Prokofiev. The Rachmaninoff provided an emotional catharsis while the others offered ambiguous, but still compelling, moods.

Prokofiev’s Suite from The Love for Three Oranges was a colorful opener. The music comes from an absurdist opera about a prince who must search for three giant oranges in the desert that contain princesses. The short segments provided a sample platter — make that a flight — of Prokofiev’s creativity before gearing up for his longer symphony in the second half.

Russian conductor Dima Slobodeniouk was fascinating to watch, with gestures of razor-sharp precision. He drew upon a large palette of movements, some unique but still effective. The brass were a feature throughout the suite, most memorably in the second movement (“The Magician Tchelio and Fata Morgana playing cards”) where rich brass blasts created a dark cinematic atmosphere. The conductor also showed great care with more delicate moments. In the third movement, Scherzo, the triangle and pizzicato strings sparkled, reminding me of The Sorcerer’s Apprentice. The slow fifth movement, “The Prince and the Princess,” had lean chamber music textures with beautiful solos for horn, flute, and solo violin. The white-hot strings that opened the fifth movement made me sit up in my seat.

The Rachmaninoff Paganini Rhapsody featured Macedonian pianist Simon Trpčeski. Coincidentally, the earliest symphony concert I recall attending, in New York, had Trpčeski as the soloist in Rachmaninoff’s Third Piano Concerto. Here, years later, he proved he has a special flair for Rachmaninoff. He brought a classy, remarkably clean sound to sequences of knotty passagework, and was a sensitive collaborator with the orchestra, frequently turning to watch the conductor and swinging in time with the music during breaks.

Rachmaninoff’s music really sprang to life in the hands of the meticulous Slobodeniouk and the elegant Trpčeski. Though the ensemble faltered slightly in one of the first fast variations, Slobodeniouk righted the ship quickly. Some other occasional issues of togetherness I would attribute to qualities of the hall rather than the musicians. I heard some details project nicely from the ensemble, including the quotations of the Dies Irae chant that Rachmaninoff snuck into the mix. The highlight of this piece for me is always the transition from Variation 17, which some writer described as akin to feeling your way through a cave, and Variation 18, the famous romantic moment that could be called a classical “hit.” In this performance, Variation 17 was full of mystery, with a solo horn shining a light over darkly shuddering strings. Variation 18 provided an emotional climax, with Trpčeski and the whole orchestra luxuriating in the D-flat major arrival.

In the subsequent action-packed race to the finish, the pianist continued to astonish with virtuosity, especially in an impossibly clean double octave run where his hands were a blur. I also noticed him stomping his left foot several times in exuberance.

He returned to the stage for two encores, first a scherzo and polka by Prokofiev, a nod to, in his words, the “Prokofiev sandwich” of the concert. This piece showed his strength at fussy little passages with motoric material, and made me want to seek out his recording of Prokofiev concertos. His second offering, which I think was called “Silent Wave” (I didn’t catch every word of his introduction) was more jazzy and restrained, falling stylistically somewhere between Rachmaninoff and Kapustin.

Prokofiev’s Symphony No. 7, the last music he ever composed, led the audience from one hazy emotional mood to another. Prokofiev was a master orchestrator, and conductor and Slobodeniouk brought out the contrasts between the first movement’s dark low strings and other moments of bright, sprightly glockenspiel and flute. A sweeping melody in the strings was rich with melancholy. In the Allegretto second movement, I heard some great solos from the double reeds; I wished they were longer because the playing was so fine! At the coda of this movement, the orchestra sounded fully alive, achieving one of the most brilliant peaks of the night. The third movement brought another beautiful succession of woodwind solos, and my eyes were continually drawn to that section, waiting for more. In the fourth movement, my last chance to watch Slobodeniouk in action, I admired his handling of many little scenes and abrupt changes in mood. Much like the last symphony of Shostakovich, another great Russian composer, this piece featured some whimsical percussion textures, particularly of glockenspiel and triangle. It was a touching effect, with Prokofiev turning to these particular toys in his musical sandbox to bid farewell.

The Milwaukee Symphony is sounding better than ever, with each section holding its own. I’m already excited imagining the magic that will arise from their new, more acoustically appropriate home at the Warner Grand Theatre in 2020.