Rotterdam is a Modern Metropolis 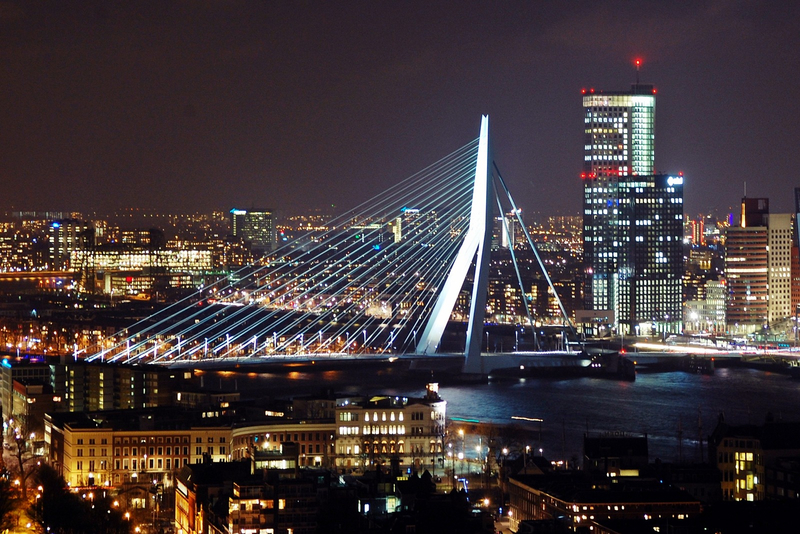 Rotterdam. Photo is in the Public Domain.

Europe’s Modern Metropolis: Rotterdam, Netherlands, was almost completely leveled in World War II. From the rebuilding effort came a city unlike London or its sibling Amsterdam. Full of concrete, steel, and glass, it emerged as its own quirky modern city. Beyond its unique architecture, you can expect barley ice cream, cube homes, or the Natural History Museum’s odd exhibit on “freakish” animal deaths. After all, the postwar effort intended to not simply rebuild Rotterdam as it was, but to create a new modern metropolis from scratch. (William O’Connor | Daily Beast)

Start of the Home Improvement TV Revolution: The PBS home improvement show This Old House first premiered in 1979, remodeling an old Dorchester, Boston Victorian home over 13 half-hour episodes. 40 years and several Emmy nominations later, it is credited with creating the expansive home renovation genre and “do-it-yourself television.” Marella Gayla breaks down how an experimental show went from a story of humble guys in flannel to the narrative of gentrification that the glossy, homebuyer-focused genre became today. (Marella Gayla | Curbed)

One App for All Transport: Instead of navigating multiple apps to unlock bikeshare, hail a car, or buy a train ticket, the Jelbi app will let you do it all in one place. The app will launch this summer in Berlin, which has eight different bikeshare companies in operation, each requiring its own app. The platform for the app is also in use by some private companies, including Lyft, which recently started offering transit, bikeshare, and scooter sharing information in its own app. The app’s developers hope to work with other cities worldwide. (Adele Peters | Fast Company)

Oregon’s Ambitious Density Push: State Senate President Peter Courtney proposed a bill requiring cities to allow greater density around transit, outdoing a bill proposed in December to make Oregon the first state to do away with single-family zoning. The bill would require Portland-area cities to allow 75 housing units per acre within a quarter mile of frequent transit, and 45 units per acre within a half mile of a light-rail station. Under current zoning, single-family homes near transit mean eight or nine housing units near transit, or up to 18 with accessory dwelling units. (Rachel Monahan | Willamette Week)

Why Voters Wary of Building Housing: In a Los Angeles Times survey of 1,200 Southern Californians, only 13 percent blamed the housing crisis on “too little homebuilding.” Rather, respondents cited lack of affordable housing funding or of rent control. Housing experts are troubled by what voters ignore about supply and demand. Rick Jacobus explains the segmented submarkets of housing and top-down housing policy influencing public opinion. He posits that policy should not only support new development, but also should change who benefits from it. Otherwise, voters may continue to vilify all new housing as exclusive luxuries or bastions of gentrification, despite the need to build more. (Rick Jacobus | Shelterforce)

I think [job polarization] speaks to our politics. Cities are different places than they used to be. They’re much more educated now, they’re much higher-wage, and they’re younger. They were distinctive before in the set of occupations they might have, and now they’re distinctive in extreme levels of education, high levels of wages, being relatively youthful, and being extremely diverse. You can see how this creates a growing urban, non-urban divide in voting patterns.

–David Autor on the topic of economic polarization in MIT News.

This week on the podcast Sean Northup of the Indianapolis MPO discusses plans for bus rapid transit and transit funding efforts through the state.