Why They’re In Prison

Offenses for men and women inmates in state prisons.

By Gretchen Schuldt, Wisconsin Justice Initiative - Feb 15th, 2019 11:56 am
Get a daily rundown of the top stories on Urban Milwaukee

Waupun Correctional Institution. Photo from the Department of Corrections.

Most serious offenses for inmates in Wisconsin prisons on July 1, 2018 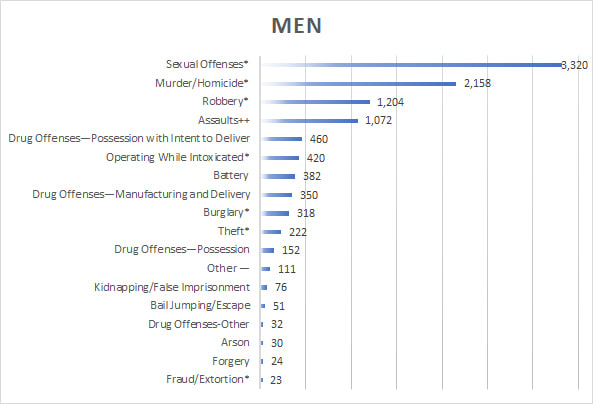 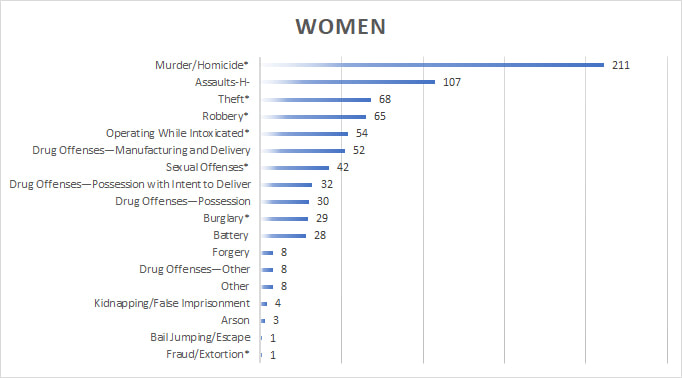 A few notes on the data:

Not shown on the charts – 4,947 men and 420 women were in prison because their supervision (probation, parole, or extended supervision) was revoked without a new conviction. Some 6,130 men and 386 women were revoked with a new conviction. The Fiscal Bureau has this cautionary note: “Due to date limitations, the number of revocations with no new sentences my be over represented, as further investigations of revocations frequently result in new sentences at a later date.”

The number of revocations with new sentences are excluded from cumulative populations because officials “cannot identify whether the type of offense is for the original sentence that led to revocation or the new offense that led to a new sentence.”