‘The Wife’ and the Best Actresses

Several strong nominees but Glenn Close’s performance in 'The Wife' stands out. 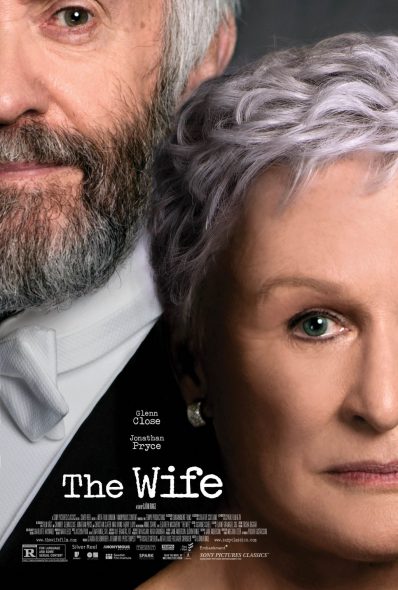 Perhaps deliberately, the Oscars best actress category is set up as a clear division between first timers remarkably good in roles created around them and veteran actresses who have displayed artistic longevity.

And standing out among the veterans is Glenn Close, six previous times an Oscar bridesmaid seeing others win the top award. She and the Academy voters well know, at a remarkably young looking 71,  this may be her last go-round at the prize, and that reality will work positively for Close, who is highly regarded by her peers.

A good thing, too. While her work in The Wife is powerful, a mixture of the restraint and sudden human fury that Close brings to the screen, she would be the first to suggest it was not her most difficult role, though it clearly required acting of her caliber to keep us so engaged in a domestic drama about the interactions of a couple whose husband in the 1990s wins the Nobel Prize for Literature. A film that elevates the importance of the traditional forgotten woman is also in tune with the times.

Swedish director Björn Runge relishes the trappings and intrigue of the real Nobel ceremony and quietly amuses us with the sort of intrusions that slowly make privacy impossible for the Castlemans, the couple in question. Christian Slater does believably charming but creepy work as a biographer trying to dig out the family secrets.

Jonathan Pryce makes sure we understand Castleman’s randy yet romantic literary nature from the get-go while Close is clearly the mature one keeping the novelist’s worst tendencies in check — until she blossoms forth in her own right, desperate to maintain her own terms.

These are the domestic firecrackers that break through the film’s stiller surfaces to keep us absorbed without thinking we are watching a masterwork – except in Close’s brilliant dissection of Jane Anderson’s script. There is a plot revelation that the audience may well guess early but the unfolding is often  startling.

In other words, it’s good enough to win an Oscar, especially when rated, as the voters will, with Close’s superior presence in movies since 1975 (The World According to Garp, Fatal Attraction, Dangerous Liaisons, Albert Nobbs) not to mention stellar Broadway and TV work. (With those past experiences, her surprise this year at winning both the Golden Globes and SAG do not fall into that typical apple-polishing moment of “Oh gosh! Little old me?” I suspect she was genuinely surprised given the field of contenders.)

In that new girl in town contrast comes a terrifically enjoyable Lady Gaga in A Star Is Born, a movie about an unknown singer whose frank unassuming personality elevates her to fame, even as the boy friend who started the journey succumbs to drink and deafness.

It is a role from Bradley Cooper (co-star and director) that gives us the most human likable side of la Gaga we have ever seen and there is a lot of creativity not only in the songs she sings but the scenes she nails. But again, this was her maiden voyage for all cinematic intents and purposes, and it was shaped to bring out and challenge her best.

The most radiant and touching performance of the year probably belongs to indigenous Mexican native Yalitza Aparicio whose humanity invests nearly every frame of Roma. Director Alfonso Cuarón has challenged her through a range of naturalistic and extraordinarily painful moments, writing and directing her each step of the way.

If we judge only what comes back to us on the screen and not weigh who was responsible, her performance is stunning. Whether she can stun again in a different role is something we may never know since she is unsure about continuing to act.

That is why the Oscars are set up as a rather stringent test of what it means to be a film actress and it will be hard to not consider endurance.

All this to and fro may actually benefit the other two candidates in the race.

British veteran Olivia Colman plays gout-ridden imperious Queen Anne, the half-crazed and supremely powerful – and the supremely manipulated focus of The Favourite, as two women compete with ferociously different skills for her favor. Actually I think the performances of Emma Stone and Rachel Weisz as the competitors will be a more demanding dilemma for Oscar voters since both are up for supporting actress and may cancel each other out, which could be a shame.

The last nominee is Melissa McCarthy, who does what I would call a nice job of sticking to naturalism in Can You Ever Forgive Me?, based on the real story of what drove a hard-drinking, down-on-her-luck writer to turn to forging literary letters to keep herself fed.

Anyone who understands what goes into comedy should not be surprised at how well McCarthy pulls off turning serious, almost too serious in that she has to hold back on the snappy comebacks and resentments within the character.

But proving she is not a one-trick pony in a film that flows with nice performances (Richard Grant, Jane Curtin, Anna Deavere Smith) should not be enough to land this prize. I’m looking for a Close encounter.