By Bridget Fogarty, Milwaukee Neighborhood News Service - Feb 14th, 2019 10:11 am
Get a daily rundown of the top stories on Urban Milwaukee 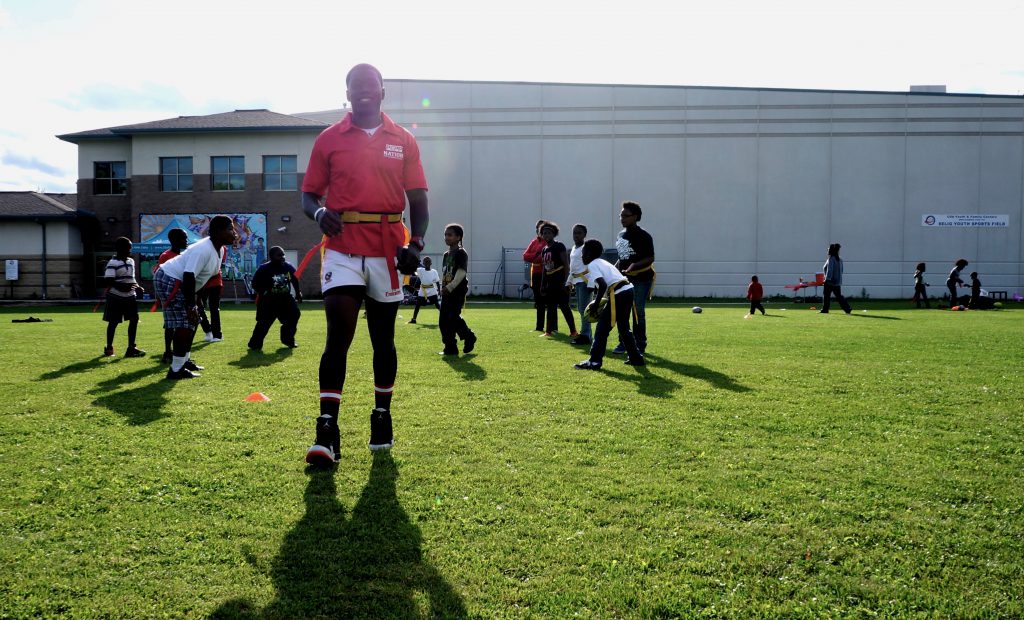 Brandon Culpepper at the Grand Opening of Moody Park. Photo by Adam Carr/NNS.

On summer days growing up on Milwaukee’s North Side in the mid-2000’s, Brandon Culpepper would ride his bike out of his neighborhood and through downtown to the lakefront.

He said he would do so to remove himself from any negative influences in his daily environment. He still bikes that route a couple of times every summer, only now, the ride is 52 miles with an entourage of nearly 50 central city students and police officers alongside him.

The annual citywide bike ride, Le Tour de Waukee, is part of the summer sports leadership camp Culpepper created along with other year-long programs through his nonprofit, PeppNation.

Founded in 2010, PeppNation provides sports leadership and mentoring programs to youth throughout the school days and summer. Through tutoring, recess aid and nontraditional sports, the organization aims to form well-rounded students and citizens.

“We are creating a pipeline of success for youth in Milwaukee,” Culpepper said.

Since its Milwaukee debut in 2012, PeppNation has given more than 14,000 Milwaukee youth exposure to unique experiences, such as rugby, the citywide bike ride, scholarship opportunities and college advising, he said. PeppNation youth development mentors are energetic college-aged or older coaches, many of whom are from Milwaukee.

The District 7 police attend events such as the bike ride with the hopes of providing positive relations and “strengthening rapport between young people and officers,” Culpepper said. After the day spent biking alongside police officers, all of the student participants indicated to Culpepper that they felt more comfortable around law enforcement. 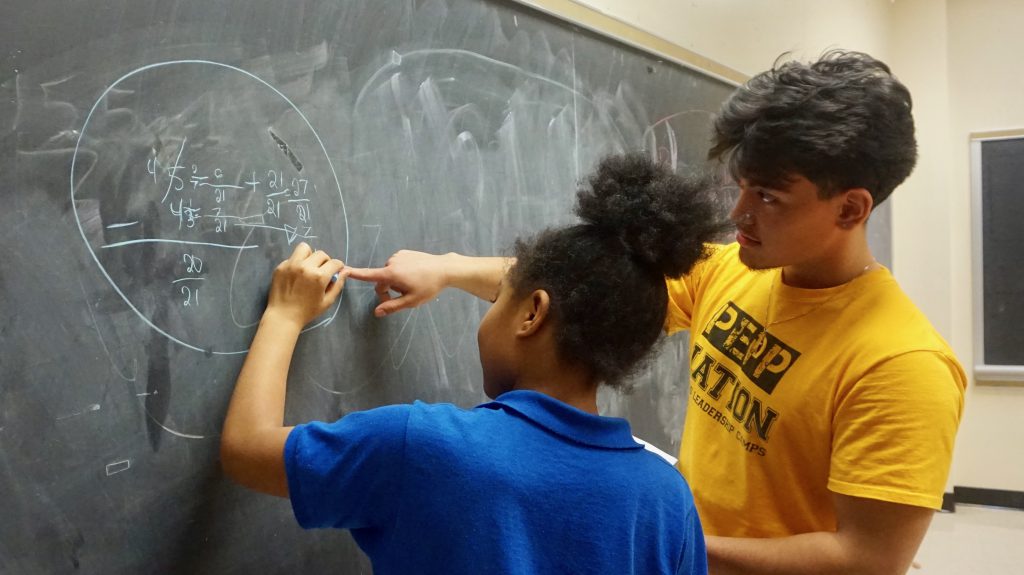 Culpepper, who gained athletic success as an NFL prospect and professional rugby player, said he knew from experience the need for mentoring programs in his home city.

“These students only know what they see,” said the nonprofit founder, who grew up in similar situations as many of his programs’ participants, even in the same neighborhood as some. “Our youth have learned that they are far greater than their ZIP codes.”

Program participants verbally repeat together, “As you once were, we are now. As you are now, we someday will be,” a mantra that has always been present in his own life, Culpepper said.

At MPS’s Benjamin Franklin School, 2308 W. Nash St., PeppNation coaches facilitate recess and tutoring weekly. Mike Turner, the dean of students at the school, said PeppNation’s support at recess has made a “lasting impact on the playground” as well as in after-school tutoring and sports leadership programming.

“PeppNation coaches have been instrumental in our recess,” Turner said. “The fact that young people want to be there engaging with our kids in a positive way is a tremendous opportunity for kids and coaches as well.”

Turner said the youth development mentors have been essential in helping kids in kindergarten through eighth grade “really enjoy recess.” Mentors encourage kids to invite their peers to play and empowering them to lead their own games.

“There has been a dramatic reduction in playground incidents, with a direct connection to PeppNation’s mentoring,” Turner said.

PeppNation mentors and staff also help students find college scholarships. Culpepper said he wanted to show students that college education is not only feasible, but can lead to success, too. Culpepper encourages and guides students to follow their sports passions so that they can use their future income and success “to build up their own communities.