‘Vice’ Is Short on Virtues

Great makeup artistry, but not comic enough to be comedy or deep enough for drama. 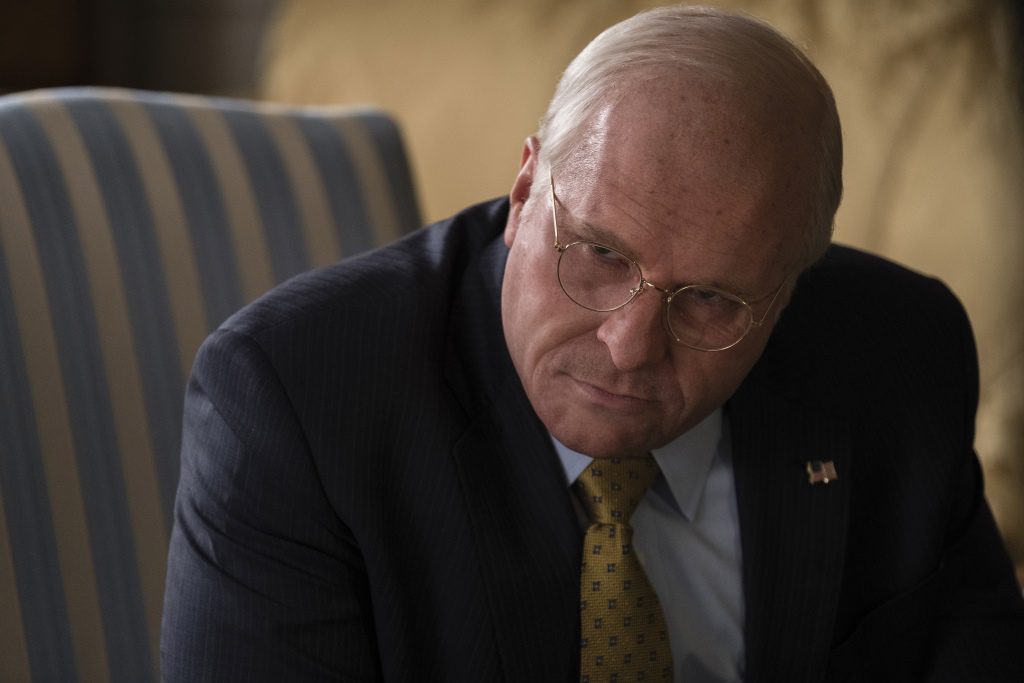 Vice admits openly and actually makes a joke about being a liberal’s viewpoint on the life of Dick Cheney. But even its moments of levity and flippancy – Cheney’s rise to power as a board game, the theory of the unitary executive’s right to torture explained as a restaurant menu, Lynne and Dick Cheney breaking out in a Shakespearean bed scene in case we didn’t catch their similarity to the Macbeths, how his new heart plays a role in the script – don’t make this a comedy.

It lives instead  in-between – an ineffective domestic drama and a not quite social comedy, perhaps to make palatable a swift thumbnail rush through some four decades of American politics.

The actor scores with a pinpoint accurate monotone delivery, a sly sideways look and a portly imposing walk through 40 years of changing situations. But Bales is right – if he wins acting awards for his fine work, half should go to the squad of makeup specialists helping the actor find a way into the unassuming, unyielding bureaucrat’s rise to supreme power. 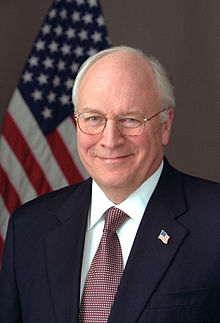 The film never answers key questions about Cheney, except to give wife Lynne extraordinary power over shaping him. And here there is some fierce acting by Amy Adams, who cajoles and controls her husband until she realizes he is underneath the controlling force. Sam Rockwell never sees deeper than a surface George Bush (should that mean there was nothing deeper?). And Tyler Perry wastes some scenes that could flesh out the tragedy of Colin Powell.

But for audiences it becomes a patronizing film, reinforcing horrors about Cheney that should be commonly known. Sure it is basically factual and its side journeys and quick flashes about torture, lives casually taken or destroyed, legislation manipulated through test groups, are revealing reminders of the consequences of our not paying attention. The film does make us all feel even more stupid that we routinely elect such people to run and ruin our lives. But don’t look here for an explanation of why we succumb.

There is a lot of evidence that Cheney saw early on how a simpleton president could be manipulated, but inventing dialogue where that happened is not satisfying. The dialogue becomes more a shallow screenwriter’s view of drama than reality as Cheney moves from a hard-drinking dropout to the D.C. power player who rose through Nixon, Ford, Congress, Reagan and the two Bushes to in effect seize control of the country by the height of 9/11. But quick looks behind the scenes of such power are neatly done, though (I can’t believe I’m saying this) Cheney’s actual motivations aside from power-grabbing are given short shrift.

Indeed, what Cheney did to the nation, the film argues with many facts on its side, is worse than Donald Trump today but somewhat ominous as a direction Trump could readily follow. The parallels in manipulation of intelligence data, of belief in the superiority of the president over all the other branches of government, the obfuscating of what is going on through the White House levers may continue today but “Vice” is different in one sense.

It suggests that the most likely way to emerge as the most powerful man in the country is to move invisibly and in secret, which is not what goes on today.

All the flash of makeup wizardry and rapid cutting can’t solve what Vice dances around. No one even after watching this film has a clear grasp on who or what Dick Cheney is. It doesn’t help to inspect his fall without exploring why we fell for it.