Six Artists With A Heap of Materials

Artists collaborate and improvise to create freshly made art at Real Tinsel Gallery. 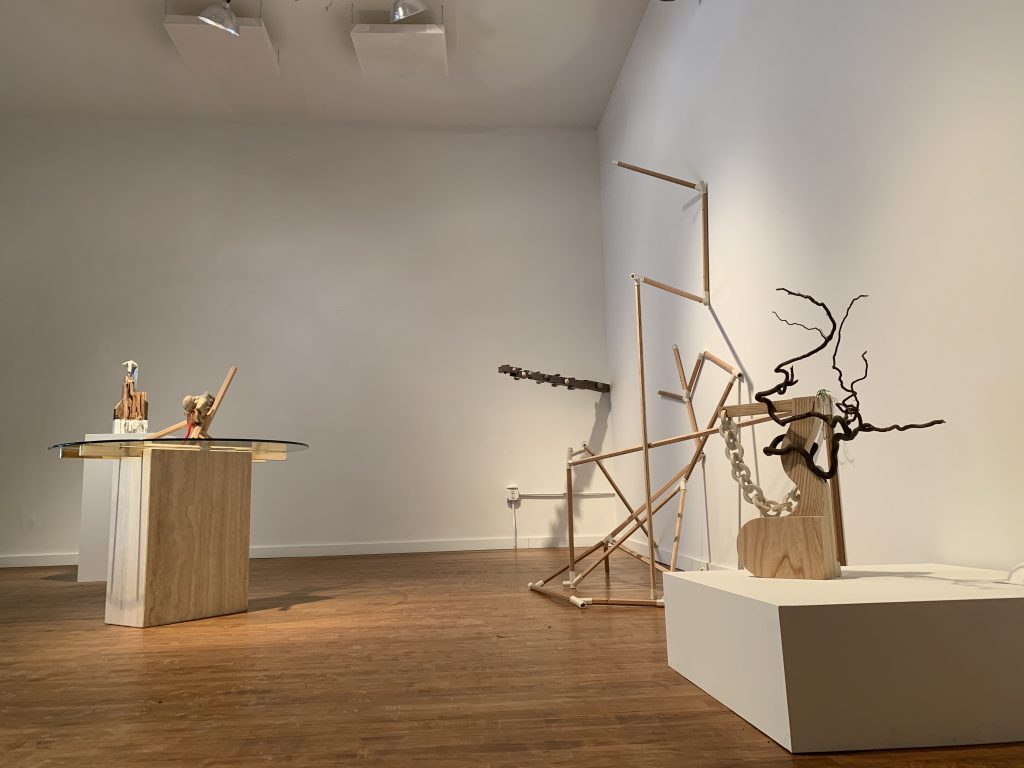 Now on display through February 28 at one of the town’s newest art venues, the Real Tinsel Gallery (1015 W. Historic Mitchell St.), the exhibit is inspired by the method dubbed Cadavre Exquis (Exquisite Corpse). Adopted by Surrealist artists, among them Joan Miro and Man Ray, and derived from the parlor word game “Consequences,” Exquisite Corpse involves several artists collectively creating pieces without a clear guide or set theme.

At each meeting, Band Practice members present the group with a single object, which artists can modify as they choose. Over the course of several weeks, the object is either enhanced or deconstructed, then returned—much to the excitement of the artists.

“You don’t necessarily know where (the work) is going to go,” said Real Tinsel owner and artist Shane McAdams, who has also written about art for the Shepherd Express and other publications.

The unique ideas and diverse talents of the Band Practice artists are reflected in this exhibit’s innovative works, which range from minimalistic (“Sticks and Bones,” made of cedar, pine, ash and porcelain) to more complex (“Esoteric Buddy” — foam, red oak, plastic, metal and accessories, including a set of keys and safety goggles).

Some titles employ a bit of clever wordplay.

“Earth Wind and Fire” (ceramic, acrylic, OSB, which is similar to particle board, walnut, astroturf, and red LED lights), might represent the three primitive elements, or maybe the electrifying performances of the 1970s R & B group.

“Bone Phone,” a bovine femur attached to an electronic device (that has been transformed into a functional headset!), resting on a type of red-oak seesaw, could be a humorous reference to Fred Flintstone’s cartoon telephone, or just an experiment in rhyming. Or something else entirely.

Music and geology seem to be artistic influences for Band Practice members.

Although the works in “Extended Play” pieces concentrate on form, the exhibit welcomes viewers’ perspectives. For example, “Infinite Wedge” (plywood, walnut, found handle), a tilted pedestal, could be a commentary about the skewed way we tend to view celebrities and those in the public eye. The chains in “Alpha” (ash, porcelain, root), might represent the difficulties in eschewing traditional gender roles. Then again, these works might just be the culmination of a number of aesthetic decisions.

Band Practice members feel that exhibits like “Extended Play” allow them to explore the boundaries of creativity and give them a welcome break from the monotonies of daily life.

“In addition to being refreshingly unpredictable, this way of working restrains ego, engenders trust, and more importantly, is super fun,” said the artists in a statement.

Real Tinsel, which opened in May, is housed in a renovated former Mitchell Street bridal boutique. Besides the main portion of the gallery, two window display areas, clearly visible to passers-by, allow pieces to be highlighted, much like mannequins modeling clothes. A series of flood lights pleasantly illuminate the works.

In the next several weeks, McAdams plans to remodel the gallery even more, adding an art-deco-style bar and a record player to the building’s basement. In this relaxing environment, visitors can browse a large file cabinet of local artists’ drawings and other works like they would in a library.

McAdams said he hopes to sell more local artwork by offering people a great experience. This way, he says, “the artist is happy and the community is happy.” 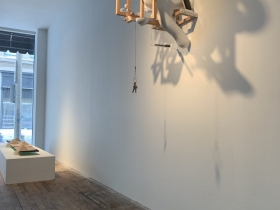 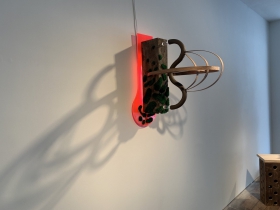 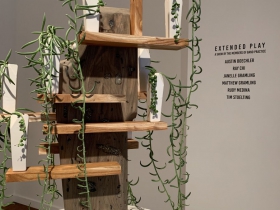