By Corri Hess, Wisconsin Public Radio - Jan 29th, 2019 11:58 am
Get a daily rundown of the top stories on Urban Milwaukee 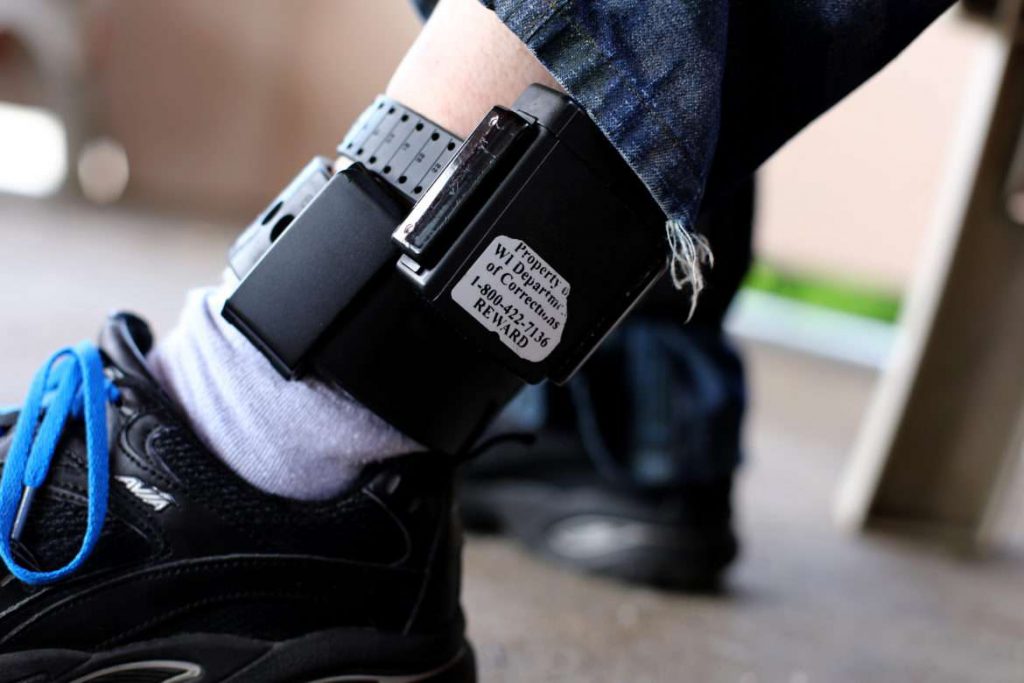 A registered sex offender shows his GPS ankle bracelet. Many such offenders on electronic monitoring become homeless because of restrictive housing laws that prohibit them from living near schools, parks and day-care centers. Photo by Coburn Dukehart/Wisconsin Center for Investigative Journalism.

The city of Brookfield is the latest municipality to change its ordinance regarding where convicted sex offenders can live.

“If we didn’t take this action, our ordinance would be unenforceable and sex offenders could live anywhere,” Merten said.

Dozens of municipalities, including Milwaukee, Waukesha and West Allis, have expanded the areas where convicted sex offenders can reside after they’re released from prison.

The changes were made following a federal court case in Pleasant Prairie, where a judge found the village’s ordinance violated the equal protection clause of the United States Constitution.

Some cities, like Madison, don’t have a sex offender residency ordinance.

But after the Pleasant Prairie lawsuit, the city loosened its ordinance to give convicted sex offenders more options. Stephens said state legislation would prevent one community from becoming a “dumping ground,” and put everyone on the same, level playing field.

The only statewide ordinance is for sex offenders identified as sexual predators. About five to 10 sexual predators are released statewide annually, Stephens said. Upon release, they’re given very strict guidelines on where they can live.

“There just doesn’t seem to be much political will, but from a public safety point of view, I think it is very important (to have a statewide ordinance),” Stephens said.

At the time, Kleefisch said he failed because local municipalities lobbied to keep their ability to regulate sex offenders and to uphold local control instead of statewide mandates.

The state Department of Corrections did not respond to questions about creating a statewide ordinance.

Curt Witynski, deputy director of the League of Wisconsin Municipalities, said the group sees merit in a statewide approach to regulating the location of sex offenders released into the community after serving their sentence.

However, Witynski said the topic “is like touching a live wire for legislators and local elected officials.”