A New Way to Map Wisconsin

Introducing the cartogram, where people count more than land. 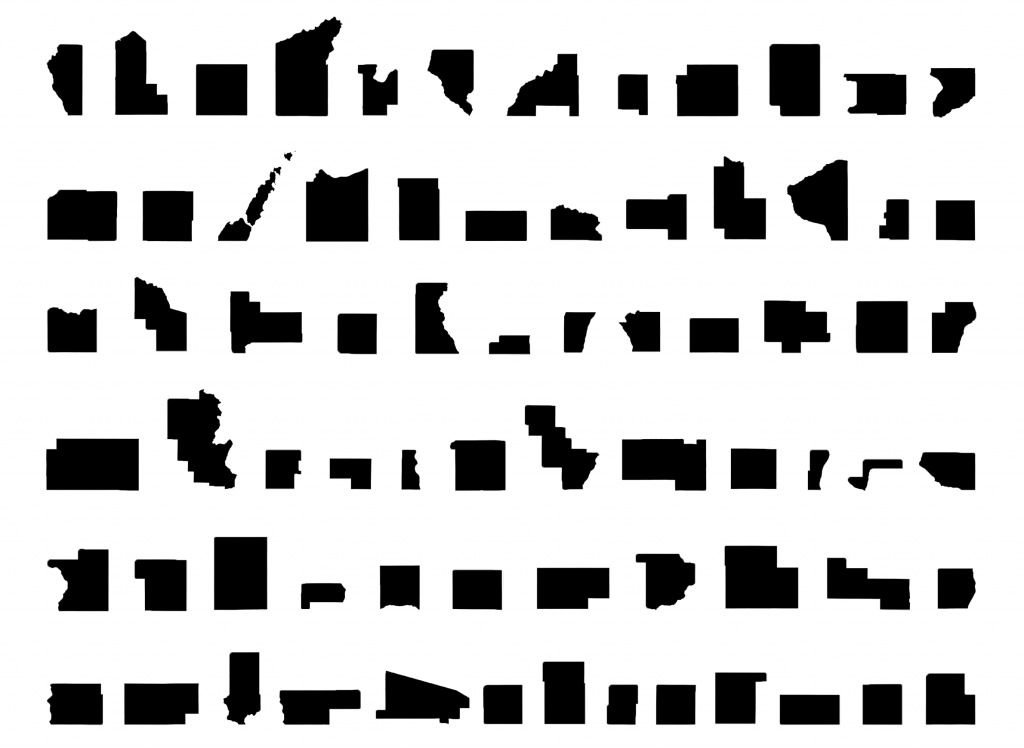 Maps are an indispensable tool for outlining natural features, human boundaries and transportation networks. But when it comes to depicting how many people are in a given place — how populations are distributed —a traditional map has distinct drawbacks. Mapmakers have sought to offset this limitation through an innovation that’s known as a cartogram.

There are two types of cartograms. Distance cartograms are often used to show stylized bus or subway routes. They depict networks without strict adherence to location or range. The other type is called an area cartogram. In these graphics, the size of each shape making up the map — like counties, states or nations — is adjusted to represent a different variable, often the number of people living there.

There are many different ways to develop an area cartogram. In a contiguous cartogram, the shape of a specific area is altered to account for differences in population (or another variable), but shapes retain their positions relative to one another. This approach leads to distortion of the basic shapes. Another is a non-contiguous cartogram, which means that the shapes can move and resize without remaining in position with their neighbors. Rather, the shapes keep their usual form, and are scaled in size based on population (or other variable).

Cartograms can be helpful in interpreting data when the number of people is important. For example, area cartograms are often used to display election outcomes when the variable of interest is total number of votes —not some rate or percentage. An election results cartogram is an increasingly common tool used to help highlight dynamics related to population density. In conventional maps showing election results large areas that are sparsely populated take up the most space, and thus have the most visual impact, while more densely populated areas that take up very little land area have far less visual impact despite representing many more people.

In an non-contiguous area cartogram of Wisconsin, the state’s counties have been resized according to their their populations. Counties with large populations grow bigger than they would appear on a standard map, and counties with sparse populations shrink in comparison.

A cartogram can help make sense of any topic where the important information is in the number of people, and there is wide variation in population density in a region. For example, cartograms can be useful illustrations of economic activity, immigration, school enrollment, votes, jobs or housing numbers.

One thought on “A New Way to Map Wisconsin”