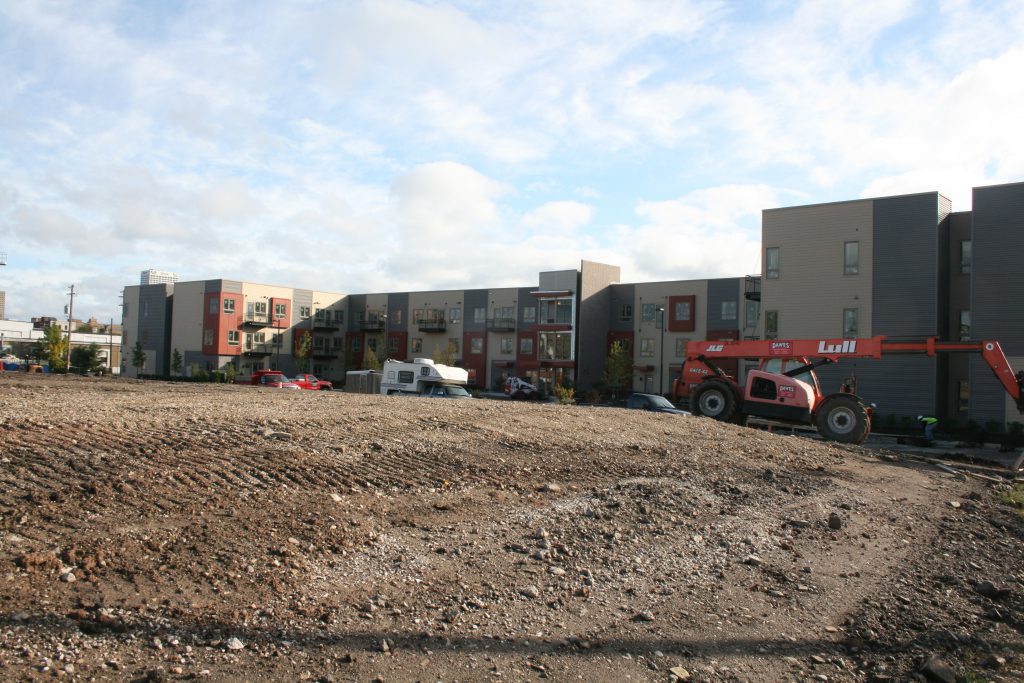 Ohio-based Woda Cooper is planning to build a mixed-use building with 90 apartments on a site in Walker’s Point. The deal was first rumored in November.

The planned building at 100 E. National Ave. would have 81 units set aside for those making no more than 60 percent of the area’s median income, as Sean Ryan reported in the Milwaukee Business Journal. Woda Cooper is seeking about $1.55 million in low income housing tax credits for the project, which is being called Olson Place. Along with the housing there will be approximately 15,000 square feet of first floor retail space.

The project would be located next to another affordable housing development, the National Avenue Lofts.

A local developer is seeking affordable housing tax credits for an $18 million redevelopment of a former refrigerator plant.

Cornelius McClendon is looking to turn the old Perlick Corp. refrigerator plant at 3100 W. Meinecke Ave. into 72 apartments, with 58 of them set as affordable housing units. To do this, McClendon is looking for approximately $1 million in low income housing tax credits. The property is within one of the new opportunity zones designated by the federal government.

The proposals are just two of 13 projects seeking credits in Milwaukee.

Downtown at 510 E. Wisconsin Ave. the Bank Mutual building has been sold to a limited liability company affiliated with Endeavour Corp., which has been snapping up bank properties in recent months. Tom Daykin reported on the acquisition for the Milwaukee Journal Sentinel.

The property was sold for $2.3 million, Daykin reported. No plans for the 17,800-square-foot building have been released.

The Milwaukee Public Library is considering a proposal to turn the Garfield Theatre at 2933-2957 N. King Drive into a library branch for the system.

The theater would be part of the redevelopment of the Martin Luther King Drive library branch. It is part of a retooled proposal by the developer, Young Development, joined by Kalan Haywood’s Haywood Group. The proposal is among a series of branch redevelopments around the city. But it ran into a roadblock when it didn’t get New Market Tax Credits, Tom Daykin reported in the Milwaukee Journal Sentinel.

The proposal is being considered by the Milwaukee Public Library Board and a consultant hired to help assess the proposal.