The Return of the Ice Bars 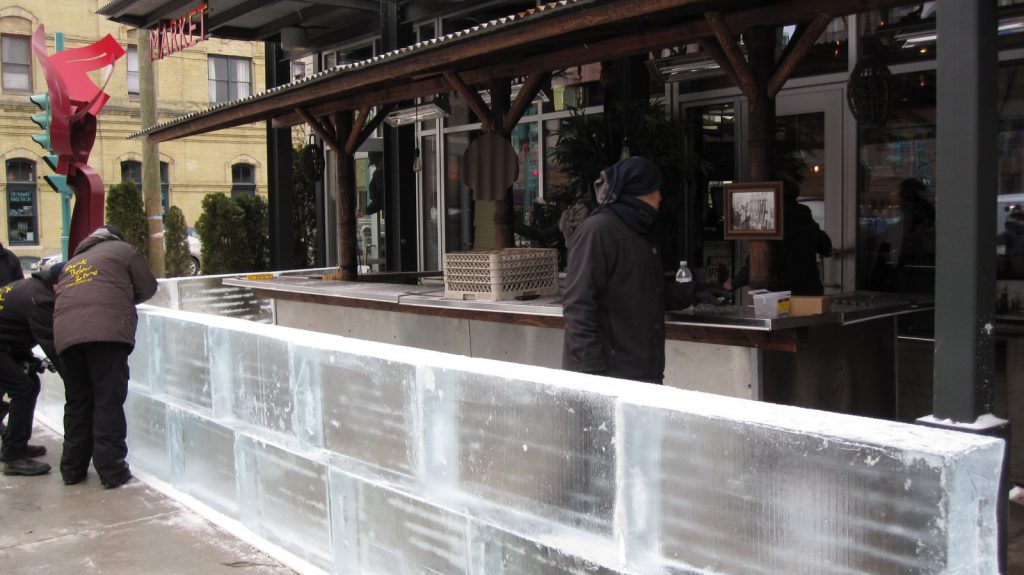 In December, the Lowlands Group announced that Cafe Centraal (2306 S. Kinnickinnic Ave.) would temporarily close and undergo renovations. Now, the group has released more details about the new project.

For starters, the Bay View restaurant will be renamed the Centraal Grand Cafe & Tappery. Beer, wine, cocktails, craft soda, tea, coffee and non-alcoholic drinks are all included in the 70-plus beverages that will be served on tap.

Café Centraal, which just completed its 10th year in operation, closed today for the extensive work and is expected to reopen in early February with an expanded kitchen, new food and beverage coolers, refinished flooring, a redesigned bar with over 70 draught lines, and a dramatic visual update throughout the space. The design is a collaboration between Lowlands Group, 360 Degrees, and Rinka Architecture…

Inspired by the eclectic, international food culture surrounding Amsterdam’s Centraal Station, the menu will continue to feature diverse, global café fare, but will introduce a “snacks” menu to accompany the beverage offerings, as well as some large-format platters meant for sharing between diners. Also added to the menu is a whole section of “friets,” traditional Dutch street food that will come in “loaded” styles such as Friets Speciaal (with curry ketchup, mayonnaise and diced raw onions), Patatje Oorlog (with mayonnaise, peanut sauce, and diced raw onions) or Kapsalon (with levantine meat, melted gouda, dressed greens, sambal and garlic sauce).

The brunch experience will also be a bit different at the new cafe. Centraal Grand Cafe & Tappery will add full breakfast and brunch service during the week. A new menu will feature local ingredients from Wisconsin companies such as Yuppie Hill Poultry and Sassy Cow Creamery. Iced teas and coffee, kombucha, and Bloody Mary’s will also be available on tap.

An opening date has not been set, but the Lowlands Group expects the cafe to reopen the first week in February. 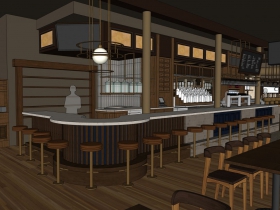 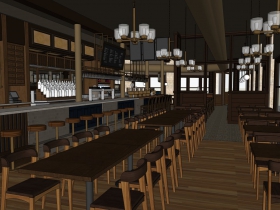 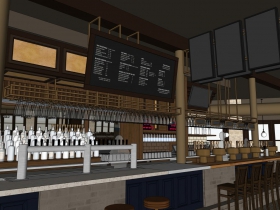 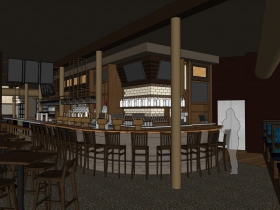 While this year’s mild winter may be welcomed by most Wisconsinites, a local festival might have patrons wishing for colder temps. On January 2, the St. Paul Fish Company announced that the Third Ward ice bars are slated to return during the Toast to Winter event — if it’s cold enough.

St. Paul Fish Company first debuted the ice bar during the 2017 Toast to Winter. Ice bars at Cafe Benelux and The Wicked Hop were added last year. However, the 2018 event got off to a slushy start and the ice bars opening had to be postponed because of warm weather.

St. Paul Fish Company, Cafe Benelux, The Wicked Hop and The Historic Third Ward are preparing for Milwaukee’s Coolest Festival!
Asking all faithful to start praying for winter temps in the near future… Mother Nature willing, Ice Bar season is just around the corner! With her cooperation we are planning on January 18th as our opening weekend. Looking forward to “chilling” with you! #Milwaukeescoolestfestival

After four years, The Chocolate Factory (4330 N. Oakland Ave.) location in Shorewood had its last day of business on December 31. The restaurant chain is known for serving sub sandwiches and ice cream.

The Chocolate Factory first opened its doors in 1972 as an ice cream parlor and candy store in Cedarburg. Later that year, it added sub sandwichesu, an item that would become a staple for the restaurant, to the menu.

In addition to subs, The Chocolate Factory also offers a variety of salads, sundaes and 24 premium Wisconsin-made ice creams sold by the ounce.

The Sprecher Restaurant & Pub (5689 N. Bayshore Dr.) at Glendale’s Bayshore Town Center will close next week. The restaurant opened in 2013.

In an email sent Wednesday evening, Jan. 2, the company said that it would not be renewing its lease at Bayshore.

“We are sad to announce the closing of the Sprecher’s Pub in Glendale,” the email read. “We are so grateful for the support the Glendale and surrounding community residents, mall employees and businesses have shown us for the past 5 1/2 years.”