"The sense of community here in Milwaukee is really something special that you don’t see in many other cities." 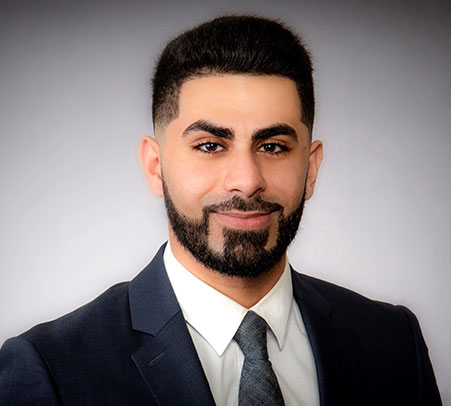 I’m an attorney in the downtown Milwaukee office of an international law firm, Foley & Lardner LLP. It’s the largest law firm in the city, one of the biggest in the country, and was established in 1842 with the original office being founded here in Milwaukee. I’m an associate in the business litigation and dispute resolution practice group.

There are so many things that make Foley & Lardner such an awesome place to work. We have amazing attorneys from all over the country working here who provide great mentorship. But I think my favorite thing has to be the firm’s commitment to the city. Foley is involved in tons of different sectors of Milwaukee. A lot of the attorneys serve on the boards of non-profits, as community business leaders, and are politically involved. The firm is also really great at encouraging their attorneys to do pro-bono work. So while we get to work with some of the top companies in different industries, we’re also given the resources and time to be involved in our city to fulfill our civic duty as lawyers and make a positive impact. Since starting here in October, I’ve gotten involved in a lot of civil rights cases.

I was born and raised in here Milwaukee. My family originally came here from the West Bank, near Jerusalem. I also went to college here at Marquette University. I was lucky enough to have some time to grow outside the city as well. I spent some time living in London, Minneapolis, the West Bank, and Chicago before going to Washington D.C. for law school at Georgetown Law.

While I was living in D.C. is when I really decided I wanted to come back. I spent some time working at the White House under President Obama where I worked with local government officials, and learned the importance of being involved in your local community. I realized there that, despite living in larger cities, I always felt connected to Milwaukee and always felt an itch to eventually come back home. The sense of community is much stronger here. I also realized how much more impactful my law-degree could be here in Milwaukee than it might be in a place like Washington D.C. or New York. So when the opportunity came to work at a great law firm like Foley & Lardner in my hometown, I knew I had to take it.

The sense of community here in Milwaukee is really something special that you don’t see in many other cities. Just about everyone and everything is connected here in some way to someone or something you might know. I also love how the city is always looking for ways to grow. Downtown is constantly developing, and there are organizations like NEWaukee throughout the city to make new events that connect everyone. All the festivals in the summer always gives us something to do when the weather is warm. Not to mention everything is about a 15-minute drive away.

What is something that is missing from our community that you would love to see implemented?

While I think the streetcar is a good start, I would love to see it eventually used and expanded to be a form of new mass public transportation for the city. Something that can easily connect residents to work opportunities in different parts of the Milwaukee, and hopefully the entire state. Right now everything is fairly close by, but you still need a car to really get anywhere.

What is one word that you would use to describe Milwaukee?

Cozy. A lot of my classmates from college are from bigger cities like Chicago and didn’t like the city at first. But, like always, it eventually grew on them and they ended up staying here after college with plans to stay here much longer. They all call the city “cozy” and love it just as much as I do.

If I could create one thing in Milwaukee, it would be a non-profit that provides free legal services to people in this city who can’t afford it, with convenient locations in different parts of the city. It would help them with any legal issue that they may need help with. Whether its filing the paper-work to start a business, to dealing with an issue with your landlord. There’s a legal aspect to just about everything, but legal help is also really expensive so people are forced to try and do it alone.

What is your biggest hope for this city?

My biggest hope is that Milwaukee becomes one of the most equitable places to live in the country for people of color, instead of one of the worst. I read a study a while ago saying some areas of Milwaukee have a worse infant mortality rate than the Gaza Strip. Our city can, and should, do better. A lot of other studies too that list us as one of the most segregated cities in America.

Also, I really hope the Bucks eventually win a championship.

What do you think is going to be a game changer for the city in the year of 2019?

We have a new governor, a new downtown arena, a new streetcar system, a new downtown tower with the Northwestern Mutual building, and mid-term voter turnout in 2018 was similar to that of a presidential election with young people getting involved in droves. I think all of these things are going to have a huge impact on the city for 2019 and the years to come.