By John Davis, Wisconsin Public Radio - Dec 27th, 2018 11:34 am
Get a daily rundown of the top stories on Urban Milwaukee 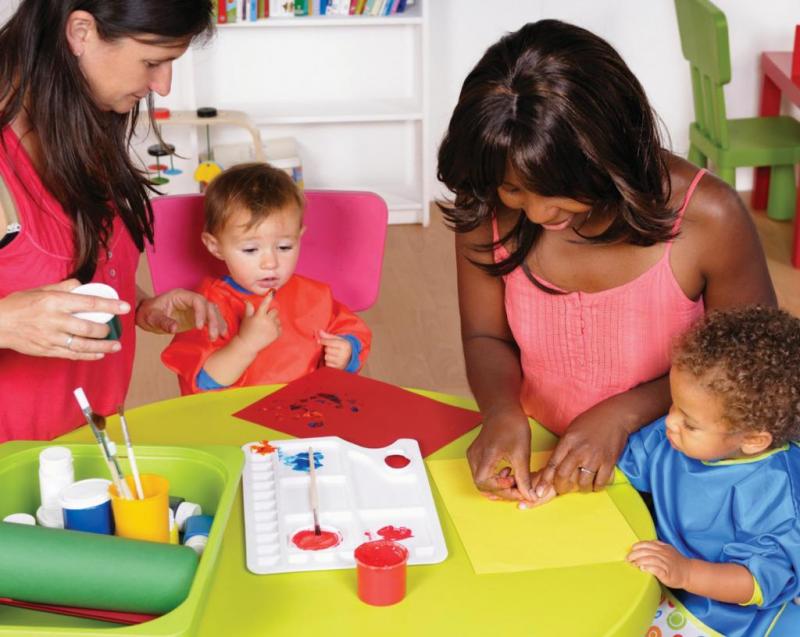 Despite efforts to produce more licensed child care workers in Wisconsin, it may take higher wages and better benefits to lure more people into the field.

“It’s very common for us to hear from child care centers that a room that they once had open to care for four infants is now closed because they could not find qualified staff,” Jodi Widuch, the executive director of The Parenting Place, told WPR’s “Newsmakers.”

The La Crosse-based regional agency provides free services and referrals to child care providers and families with the goal of improving the development of young children.

“Despite how incredibly important that care giver’s role is for young children, it is not gainful employment in the state of Wisconsin right now,” Widuch said. “That’s really unfortunate, because we need highly qualified folks to be caring for young children. They’re very vulnerable. What happens to them early in their years, both good and bad, stays with them for a lifetime.”

She said low hourly wages and a lack of benefits are the main reasons for the child care worker shortage in the state.

“Child care centers have a very hard time recruiting qualified staff members. Their biggest competitors are school districts, because those early childhood degrees are coveted by both public schools and child care. The compensation packages — you just can’t compare them — along with summers off when you’re working for a school district,” Widuch said.

The Wisconsin Department of Children and Families licenses and regulates child care in the state.

“(The) child care worker shortage is a problem many states are facing due to multiple factors, including the economy, regulatory modifications and changes in family dynamics,” said Gina Paige, a DCF spokeswoman. “In Wisconsin, we have seen larger withdrawals of providers in rural regions. We have heard anecdotally that other industries in those areas are seeing worker shortages, but we don’t have any concrete data to fully support that.”

Paige noted that the quality of care has also improved.

“In February 2013, only 56.1 percent of children were enrolled in programs rated three stars or higher compared with 74.4 percent in July 2018,” she said. “During the same period, enrollment in high-quality four and five star programs increased from 14.3 percent to 27.2 percent.”

While DCF isn’t involved in telling individual child care centers what wages or benefits they should provide their employees, the agency is aware of the challenges of hiring and retaining workers to the field.

To address those challenges, DCF has worked to create programming to support those working in child care, Paige said.

“For instance, DCF funded the REWARD Wisconsin Stipend Program. It rewards workers in the child care and early education field who have reached specified educational levels and stay in the field. In the last fiscal year, REWARD supported 2,375 individuals with wage stipends that average $540 per year,” Paige said.

Many Wisconsin school districts also have programs designed to make it easier for high school students to earn a certificate that allows them to work in a licensed child care center.

Britta Rotering is a family and consumer sciences teacher at Gale-Ettrick-Trempealeau High School, or GET. She is one of 110 teachers in the state with a special license from the Wisconsin Department of Public Instruction to teach advanced child care courses.

Echoing both Widuch and Paige, Rotering said there is a critical shortage of licensed providers and a very high turnover of workers in the industry.

“It’s very hard for these centers, especially small centers to keep qualified people,” said Rotering. “Unfortunately, there are a lot of centers that will try to take the employees from other centers because it’s just a battle to get someone who is reliable and licensed appropriately.”

At GET, Rotering has seen quite a bit of interest in the advanced child care courses. They average about 75 students in the various classes in a typical school year, she said. It takes two to three years to earn the certificate.

But given the low wages and lack of benefits in the child care industry it’s hard to say if the high school programs are having much of a long-term impact on the child care workers shortage.

Rotering said many students in the advanced program want to be teachers, psychologists or pediatricians — careers that require knowledge about young children.

“I would say about 20 (GET students) come out with their credential each year. Many of those do not plan to use them, or they don’t use them right away. Within five years of graduation in my program, I would say that 70 percent of them actually use the credential by working in a child care setting,” she said.