More Oil Will Flow Through State

By Danielle Kaeding, Wisconsin Public Radio - Dec 17th, 2018 01:24 pm
Get a daily rundown of the top stories on Urban Milwaukee 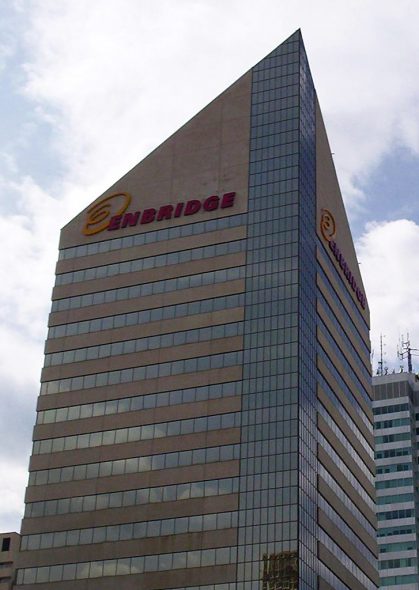 Minnesota and Michigan have been at the center of controversial pipeline projects involving Canadian-firm Enbridge Energy. However, the fate of the company’s pipelines is likely to impact how much oil will flow through Wisconsin.

On Thursday, Minnesota regulators rejected a petition to reconsider a route permit for Enbridge Energy’s plans to replace its aging Line 3 pipeline that ends in Superior. Environmental and tribal groups have opposed the project over fears of oil spilling in wild rice beds and other sensitive areas. The company hopes to have the replacement pipeline in service next year.

Enbridge has been sending half as much oil through Line 3 because it’s cracked and corroded. The company’s Line 3 project director Barry Simonson said Enbridge still has to secure more permits, but it hopes to increase capacity from 390,000 to 760,000 barrels per day in the second half of 2019.

“There will be crude oil that is taken by Minnesota Pipe Line Company down to refineries in Minnesota, but then also that crude oil that’s remaining in terms of capacity will flow down our existing mainline system through Wisconsin to our refineries in the Midwest,” said Simonson.

Enbridge executive Guy Jarvis, who is president of the company’s liquids pipeline business, told investors this week in New York that Line 3 will increase capacity on its Line 61, or Southern Access, pipeline that runs from Superior to the Illinois border.

“The Southern Access Expansion has been overshadowed by the larger Line 3 replacement, but is an important piece of the puzzle to ensure the capacity restored on Line 3 is not bottlenecked at Superior,” said Jarvis. “The project involves the expansion of Southern Access from 900,000 barrels of oil per day to 1.2 million barrels of oil per day at a cost of about $500 million.”

Jarvis anticipates the pipeline would carry more oil next year as the Line 3 replacement comes online.

Environmentalists, like Elizabeth Ward with the John Muir Chapter of the Sierra Club, fear more oil will increase the risk to communities along the route.

“Wisconsin becomes the guinea pig for finding out if a pipeline can even handle that much oil, which is really concerning given the path of the pipeline goes through so many critical rivers and corridors for Wisconsin,” said Ward.

However, Ward noted the state may also witness more oil from Michigan, depending on the state’s new Democratic Gov.-elect Gretchen Whitmer.

Republican Michigan Gov. Rick Snyder signed a bill passed by the Republican-controlled Legislature this week to create an authority to oversee construction of a tunnel to hold Enbridge’s Line 5 under the Straits of Mackinac. However, the state’s incoming governor has campaigned to shut down Line 5. The dual pipelines carry up to 540,000 barrels per day of light crude oil and liquefied natural gas.

But Whitmer — who will be sworn in as governor in January — has criticized the tunnel deal between Enbridge and the state. But it’s unclear whether she’ll challenge it. A statement from her transition office said Whitmer believes Line 5 poses a serious threat to the Great Lakes and the state’s economy.

“She is committed to protecting Michigan jobs and Michigan water and opposes actions that would impede her ability to do that,” said press secretary Clare Liening. “The Gov.-elect’s transition team is reviewing a range of issues surrounding Line 5 so that she and her team are ready to act in a manner that is most effective for the safety of the Great Lakes and Michigan residents after Jan. 1.”

Peter Anderson with the climate action group 350 Madison, said shutting down Line 5 would be good for the Great Lakes.

“But, we have to recognize in pursuing that greater good that if the company persists in seeking to keep the same amount of oil flowing to the refineries in places like Ontario, that will probably go through Wisconsin,” he said.

Opponents argue the 65-year-old Line 5 poses too great a risk to operate while a tunnel and new line are built. At the investor conference, Jarvis said Enbridge has not spoken with Whitmer, but he noted the company is pleased with where things stand for Line 5.

“We know Line 5 is an integral piece of infrastructure for the state of Michigan,” said Jarvis. “They did a study, commissioned a study about alternatives and determined there’s not a lot of alternatives to Line 5, so the pipeline and the products that it brings is needed.”

A report last fall identified a new pipeline through Wisconsin as one alternative to Line 5.

A so-called “Southern Route” would follow existing pipelines through Wisconsin and continue south to Chicago and east to Sarnia, Ontario. The 30-inch diameter pipeline would follow existing Enbridge Lines 6, 14 and 64 and carry a capacity similar to Line 5. The alternative pipeline would also pass through 29 rivers, 56 stream crossings and 130 miles of wetlands in Wisconsin, according to the report.

“We do believe the potential to build a tunnel is the right thing to do for the long-term in the Straits of Mackinac and we’re moving ahead with that,” said Jarvis. “We’ve already put in place the capital for next year to do the geotechnical work and detailed engineering. That will lead then into the final design and how we move forth.”

Enbridge has agreed to pay up to $500 million for the project, which could take a decade to finish.