By Grace Connatser, Milwaukee Neighborhood News Service - Dec 12th, 2018 10:28 am
Get a daily rundown of the top stories on Urban Milwaukee 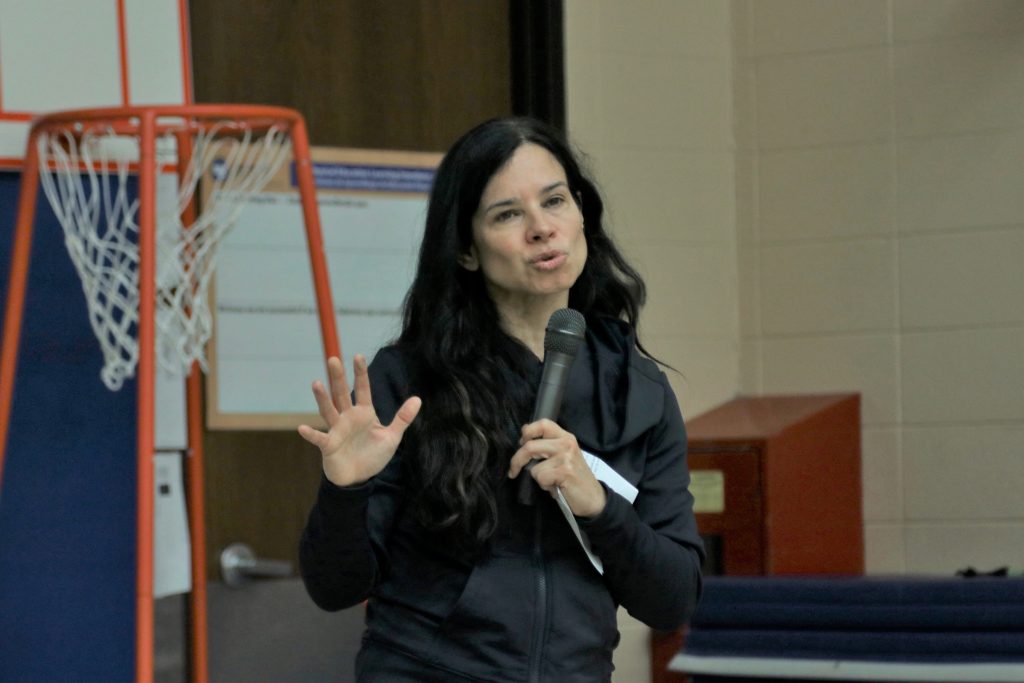 Voces de la Frontera is renewing its commitment to getting a law passed that would allow undocumented immigrants in Wisconsin to obtain driver’s licenses. Advocates of the bill say the law would make roads safer, keep families together by avoiding threats of deportation and improve police-community relations by taking the fear out of police interactions such as traffic stops.

About 50 people attended a recent informational meeting hosted by Voces de la Frontera at Allen-Field Elementary School, 730 W. Lapham Blvd. Attendees discussed their concerns for the future of the bill and their plans to push it through the Wisconsin legislature.

Executive Director Christine Neumann-Ortiz said a similar bill nearly passed in 2009. She said the organization is working with State Representatives JoCasta Zamarripa and David Crowley to draft and sponsor the bill. They hope to include it as part of the 2019-2021 state budget or pass it as stand-alone legislation.

“When you think about Wisconsin’s economy, there are so many parts where immigrants make very critical contributions,” Neumann-Ortiz said. “If we have a hostile environment where we’re doing nothing to make Wisconsin more welcoming … we all suffer.”

Michelle Velasquez, an attorney at Civitas Law Group, works with undocumented immigrants, especially those from low-income backgrounds who may not be able to afford the typical legal representation fees. Velasquez said undocumented people must jump over various hurdles when they lack valid driver’s licenses. 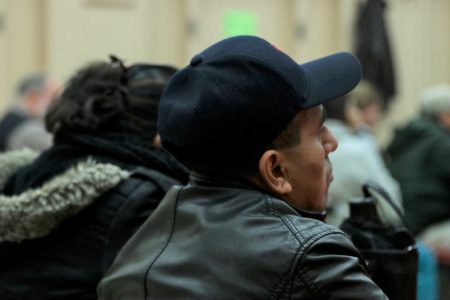 Audience members watch as several speakers explain how the bill can be beneficial to undocumented people. Photo by Grace Connatser/NNS.

“There’s the anxiety and the fear around having to do everyday simple things like having to go to work, take your kids to school, go grocery shopping,” Velasquez said. “Without driver’s licenses, life is much more difficult.”

Undocumented people used to have access to driver’s licenses, Neumann-Ortiz said. But a federal law called the REAL ID Act was passed by the U.S. Congress in 2005 and was implemented in 2007. It prevents license applicants who are not U.S. citizens or do not have legal status from getting a license. In addition, a Wisconsin law specifically prevents those without a Social Security number from getting a driver’s license.

The biggest threat facing undocumented people is deportation, and Neumann-Ortiz said it’s becoming a more common occurrence stemming from minor infractions during traffic stops. She said once officers realize the drivers are undocumented, they are treated like criminals, even for something as small as not wearing a seatbelt.

“An immigrant who is undocumented and receives charges … (is) at risk of deportation,” Neumann-Ortiz said. “Even one ‘driving without a license’ infraction, not even a second one, is leading to more cases of deportation.”

Neumann-Ortiz said she hopes to change the reality for undocumented immigrants across the state because they fill many of the jobs that keep the dairy and agricultural industries afloat, contributing significant revenue to the Wisconsin economy. In rural areas, public transportation is practically nonexistent, and cars are required to travel between work, home and such places as grocery stores and hospitals.

She said that low-income people also are targeted by the state’s driving infractions policies. A “vicious cycle” confronts drivers suffering from poverty: They receive fines they can’t pay and then their licenses are suspended. They can’t get around without a license and they need to drive their children to school or go to work, Neumann-Ortiz said.

Velasquez said the lack of fast, efficient and far-reaching public transportation in Milwaukee and other cities with a large undocumented population also hurts their ability to get around in both the inner city and the suburbs.

For many Americans, driving is a necessity. A 2016 study by the Highway Administration estimated that there were about 222 million licensed drivers in the U.S., more than two-thirds of the national population. Nearly three-quarters of Wisconsin residents were licensed drivers.

Sarai Melendez, a receptionist at Voces de la Frontera who attended the meeting, said she has witnessed the effects the issue has on families of undocumented immigrants. She said the state government should do more to help them out, and allowing undocumented people to receive driver’s licenses is one of the first steps.

“It’s not something abstract,” Melendez said. “A lot of times, low-income people … are committing infractions, but are being treated as criminals and getting singled out. It’s already making them spend time in the court and spend money when they could be feeding their kids or paying their bills.”

Raul Varela, who attended the event, said many public safety concerns would be resolved if undocumented people had driver’s licenses. He said having qualified professionals test individuals before they are licensed would discourage undocumented immigrants from circumventing the system altogether. He also said it’s unfair that most undocumented workers pay taxes, but don’t have the same rights as legal residents.

“Those taxes go towards our representatives to pay their salaries,” Varela said. “There’s the cops, officers, firemen. All that money comes from everybody. It doesn’t come from a specific type of group. If our money goes to a better society, a better community, we deserve the privilege of driving.”

Neumann-Ortiz said the issue boils down to class, race and employer prejudice against undocumented people, many of whom have been in Wisconsin for decades, but still suffer from discriminatory practices.

“It’s really about beating back some of the hateful rhetoric, standing up for people in our community and defining the kind of community we want.”