By Corri Hess, Wisconsin Public Radio - Dec 5th, 2018 11:35 am
Get a daily rundown of the top stories on Urban Milwaukee 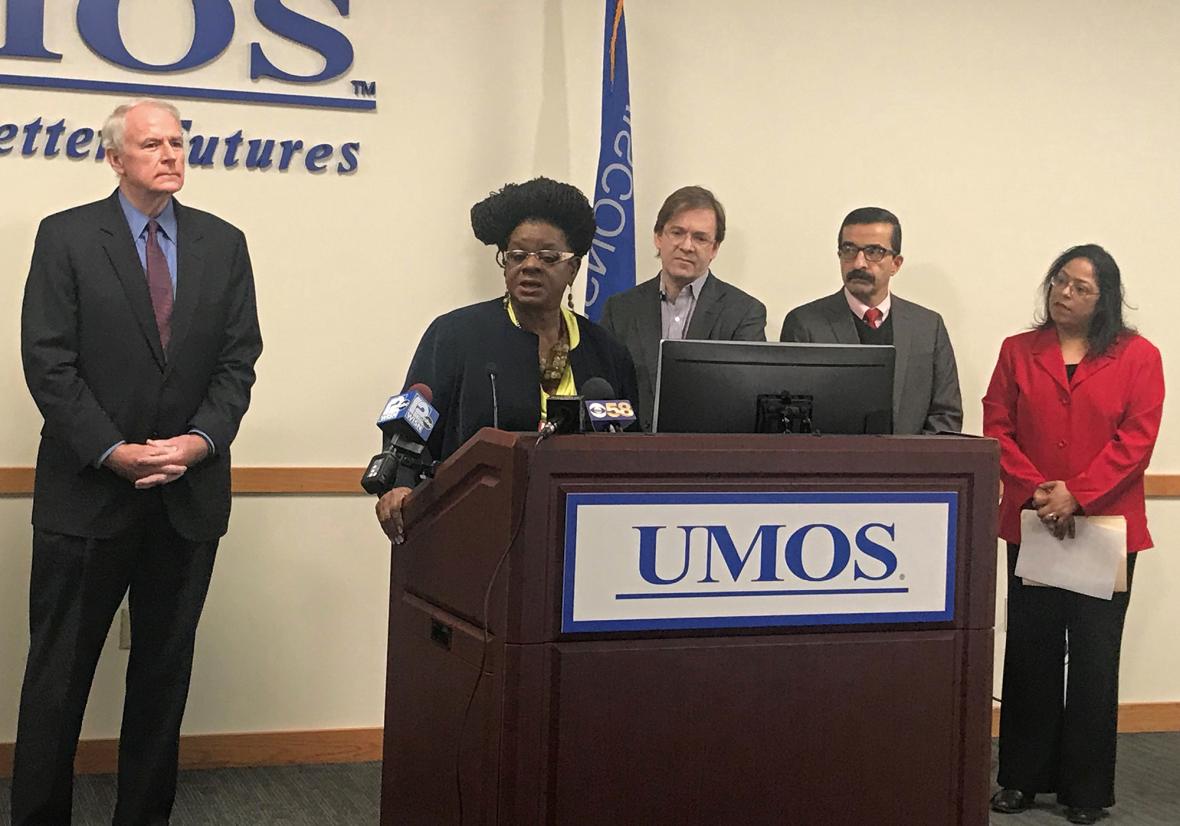 Milwaukee leaders were joined by Democratic U.S. Rep. Gwen Moore of Milwaukee to oppose a proposed change in federal immigration policy that would make it more difficult for immigrants who benefit from public assistance to obtain a green card.

The U.S. Department of Homeland Security issued a press release in September to announce plans to clarify a long-standing law sought to exclude immigrants who are likely to become a “public charge.”

DHS also plans to strengthen the law. Historically, the criteria used when evaluating whether someone is likely to become a “public charge,” is an individual’s eligibility for a cash assistance program such as Supplemental Security Income or Medicaid — the federal health care program for the elderly and disabled.

Under the proposal, DHS would establish a new wealth test, allowing the government to deny legal entry or green card status to anyone with an income less than 250 percent of the poverty level: $37,950 for an individual and $63,000 for a family of four.

Proponents of the changes say it would benefit taxpayers, but advocates for immigration rights say the changes are discriminatory. Since September, DHS has been accepting public input. The public input period ends Dec. 10.

“I’m hoping an overwhelming number of people oppose this expansion,” Moore said following a press conference Monday in Milwaukee. “It is mean spirited and unnecessary for closing the path to citizenship on a permanent basis to anyone who might find themselves in a medical emergency who might need Medicaid.”

Milwaukee County Executive Chris Abele said multiple studies show from 2000 to 2018, immigrants have spent half as much on health care as United States-born citizens and contributed $14 billion more to the Medicare Trust Fund than they withdrew.

“Anyone who tells you they are costing the system more money is wrong,” Abele said. “If you want to make America great again, embrace immigrants to do it.”

“That is one constant in this community,” Barrett said. “What is so troubling and infuriating about this latest proposal to come out of the Trump administration is it turns that concept upside down. So when we think of Ellis Island and the Statue of Liberty, people who want to come here legally and want to have a better life for their children — we should do all we can as Americans. This proposal does the exact opposite.”