Polls show 53% want this. But urban planning still dominated by needs of cars.

By Mary Kate McCoy, Wisconsin Public Radio - Nov 18th, 2018 11:13 am
Get a daily rundown of the top stories on Urban Milwaukee 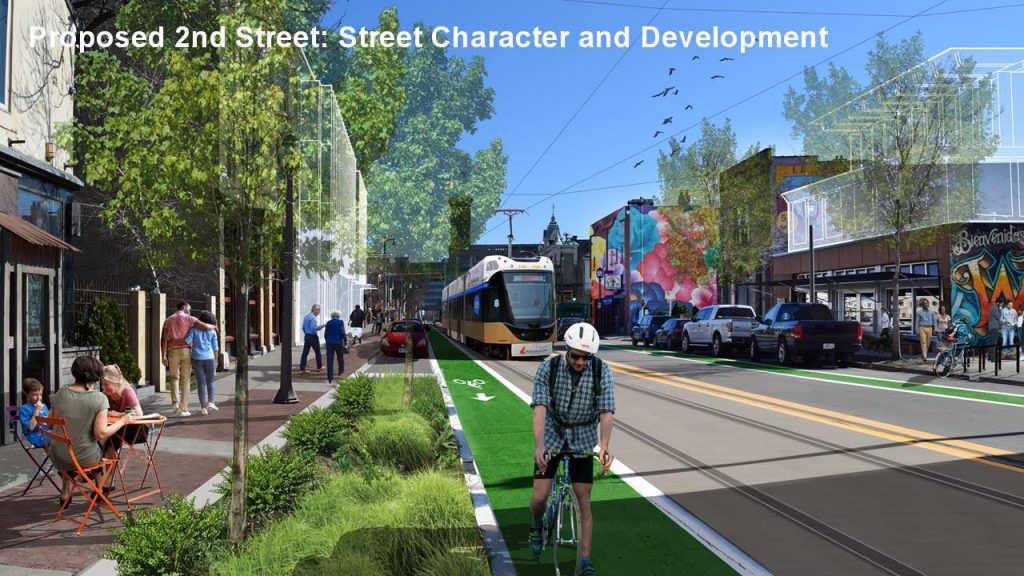 The demand for walkable neighborhoods has emerged as a big trend in renting and real estate in recent years, and not just among millennials, according to the National Association of Realtors.

In 2017, fifty-three percent of Americans reported they would prefer to live in a walkable neighborhood than one with larger properties, up from 48 percent in 2015.

Yet for the last 50-plus years, the way American cities are planned has been dominated by cars, said Jeff Speck, a city planner and author of “Walkable City Rules: 101 Steps to Making Better Places.”

“I’ve been doing this for about 20, 25 years and I’ve seen a very dramatic change in what was originally a minority opinion, and now I think most people want,” he said.

And the case for making it happen is strong, he said. Not only considering proximity to recreation and necessities, but also the economic, environmental and health impacts of walking.

“Then the health argument, we have these doctors who are basically saying we need better planning because we’ve engineered out of existence the useful walk in our communities, and so people aren’t getting the exercise they used to get,” he said.

Along with that, is the sense of community missing from places that aren’t easily walkable.

“In walkable places, community forms a lot more,” Speck said. “You know your neighbors better, you participate more in community activities and of course, the shorter your commute, the more you participate in clubs and sports and other things.”

Yet people will only walk if the walk is safe, comfortable and interesting, he said.

“There’s a lot to be said about how even the worst sprawl could be made a lot safer … by making the streets better designed than they currently are,” Speck said.

It all comes down to speed. A car traveling 35 mph is about seven times as likely to kill a pedestrian than a car going 25 mph, he said.

“And the problem is that for years in our communities the highway engineers were applying highway engineering techniques to our downtowns, to our main streets,” Speck said.

One of those techniques was to design a street for 10 miles an hour over the posted speed, based on the assumption that drivers will exceed the speed limit.

“There’s this complete misunderstanding about the way that environment influences behavior in street design,”he said. “All the things that cause you to drive slower are the things that often the highway engineers mitigate against.”

Things like narrower lanes, more intersections, two way traffic and street trees — all of which have been shown to slow down traffic, he said.

While the driver’s mindset has driven city planning for decades, Speck is optimistic the growing interest in walkable cities won’t blow over.

“You have a choice, you can be a place that’s easy to get through or a place that’s worth arriving at,” he said. “And one would hope that even the suburbanites among us would care enough about having a center worth admiring to make a little bit of a sacrifice in their vehicle speed.”

More Americans Want Walkable Cities, But How Does That Happen? was originally published by Wisconsin Public Radio.

One thought on “Most Americans Want Walkable Cities”