“Waist Deep In The Big Muddy” shows the folly of obeying a “big fool” of a leader. 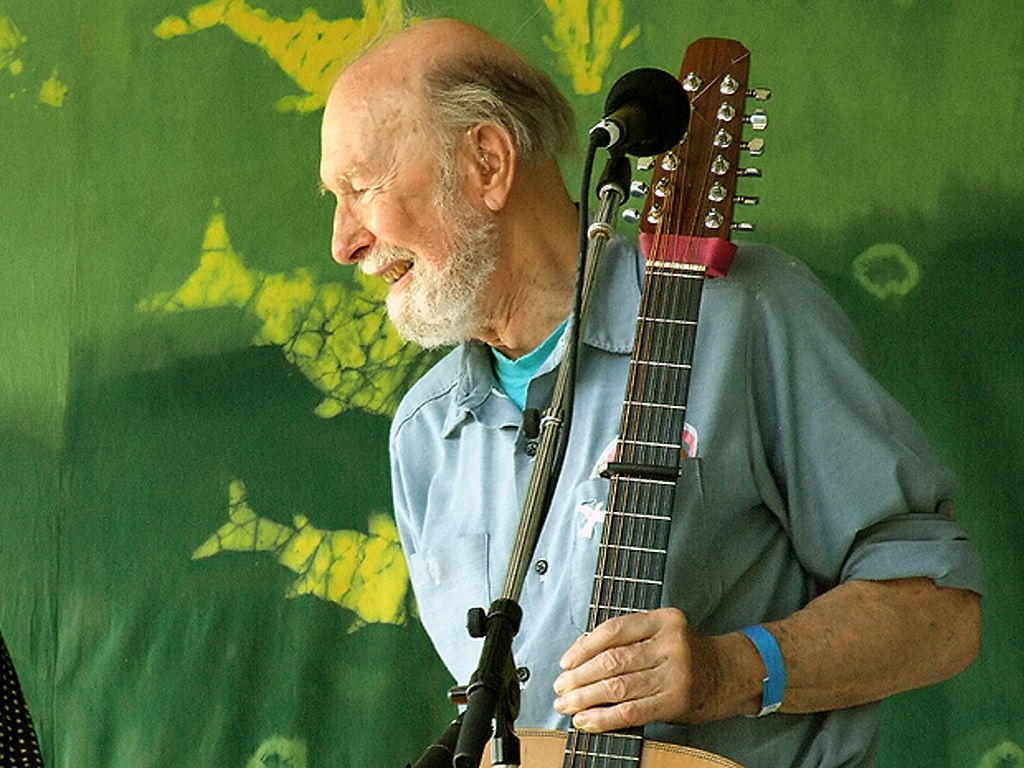 I can honestly say Pete Seeger never got tired of all those people asking if he was related to me. But that’s only because no one ever did. In my case, when someone asks, I like to point out the obvious spelling error in his name.

This steadfast folkie, who inspired me as a kid and an adult, could always be counted on to say and do the right thing, and do so in interesting ways. He provided early members of the resistance with a handful of coffeehouse classics. Born into an educated and supportive family, he rose just slightly above his brother Mike and sister Peggy — they also toiled in the fields of folk. Together the three of them created a sizable family legacy. (One of their more interesting accomplishments was the discovery of Libby Cotton, author of the endearing and enduring standard “Freight Train.” She was a maid in their home when they were young.)

Pete has a musical reminder for us this week. The song “Waist Deep In The Big Muddy” is tale of leadership gone bonkers. Sound familiar? He wrote it in 1967 when the war in Vietnam was at its ugly peak. Despite the time stamp in the first line, it continues to work as a reflection on all wars, in Iraq and Afghanistan, and is also relevant today because, unfortunately, the Big Fool is back. Here’s what Pete has to say to likes of Trump, Ryan and McConnell.

The Sergeant said, “Sir, are you sure
This is the best way back to the base?”
“Sergeant, go on! I forded this river
‘Bout a mile above this place
It’ll be a little soggy but just keep slogging
We’ll soon be on dry ground.”
We were — waist deep in the Big Muddy
And the big fool said to push on

The Sergeant said, “Sir, with all this equipment
No man will be able to swim.”
“Sergeant, don’t be a Nervous Nellie,”
The Captain said to him
“All we need is a little determination;
Men, follow me, I’ll lead on.”
We were — neck deep in the Big Muddy
And the big fool said to push on

All at once, the moon clouded over
We heard a gurgling cry
A few seconds later, the captain’s helmet
Was all that floated by
The Sergeant said, “Turn around men!
I’m in charge from now on.”
And we just made it out of the Big Muddy
With the captain dead and gone

Well, I’m not going to point any moral;
I’ll leave that for yourself
Maybe you’re still walking, you’re still talking
You’d like to keep your health
But every time I read the papers
That old feeling comes on;
We’re — waist deep in the Big Muddy
And the big fool says to push on

Big fools come and go, but the one we have now makes us feel oddly nostalgic for previous ones. Tuesday’s election has changed who is in charge of half of Congress, but the big fool is still the main man in charge and already pinning the blame for his election loss on others. We the people he serves must resist his view of the country’s destiny, before we’re all neck deep in the mire.

One thought on “Sieger on Songs: Why Pete Seeger Still Endures”