It’s great country music, from a time when that was less of an exception. 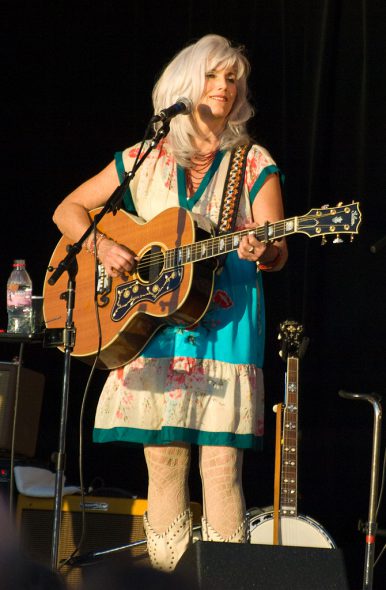 A couple weeks ago, Emmylou Harris came to town. The show was superb, and since her music falls within my area of expertise I shared some of that with a young and talented millennial, James Julius Anderson, who also attended the concert. He’s been to school and plays saxophone with authority and wit. Curious about everything, he seems to be everywhere at once if you live in the Riverwest area, playing jazz, funk, R&B and everything in between. At one point he told me he was in nine bands.

If I were to suddenly become interested in whatever dance oriented music is hip now, he’d be my instructor. But I have some reservations about the way music is made nowadays, so he’s safe for now from having to teach me. I stand accused of knowing little and will probably remain unenlightened about today’s music. (Though I love Childish Gambino’s “This Is America”).

On the other hand, Jay has some serious gaps he’s trying to address. I was shocked when I told him one of the numbers being played as the crowd filed in was by The Band and he asked me who they were. I guess this is where we are in history and really, I’m not complaining. Time marches on and all that. But I am hoping a few others will emulate him and dig just a little deeper.

At the Pabst, where the show was, and the Riverside lately, I’ve sat through a string of absolutely deafening shows by artists I admire. Please explain music that requires ear plugs to me once more. I was very happy to give my ears a rest and listen to Emmylou and her very grown up band. I was hoping she would sing “Making Believe”, but she didn’t. It would have been a perfect introduction to country for someone who has only heard the unintentionally sad songs on the radio nowadays. In 1955, when this song was a hit for Kitty Wells, sad was intentional and Music Row wasn’t the bland mega-industry it is today. Country was much closer to its folk roots. To make a record, producers and engineers hung a few microphones in a nice sounding room and let the performers perform. Simple as that. Emmy Lou still makes them that way and her take on this classic is magic. Here are the lyrics:

Jimmy Work, now there’s a name. He made short work of this lyric; it says what it means and gets out. He would probably scratch his head in wonder at the the notion lyrics must be literature. The bare bones of this story are all that are needed. The tale itself is a trope, lost love, longing, and a dream world where everything is restored. That’s all. But it works well more often than not, and in the hands of a singer with Emmylou’s skill and emotional range, it delivers the wallop you expect from a good country song.

Sad songs in major keys, that’s country music. It’s easy, and increasingly common, to sing in minor keys and let the music do the work. The harder assignment is to work against the brightness of major tonalities, creating a kind of paradox of form. The result are somehow even sadder. This is the difficult task that has been done in country ever since it was called that.

You don’t expect, nor should you, that the man and woman on the street should know everything about popular music. You might wish they were  a little more sophisticated sometimes, but that’s not their job. It is a musician’s, though. Jay will continue to experiment with Afro-pop, funk, jazz and who knows what. Anyone listening to what he’s laying down will probably not suspect he once did a deep dive into the bright white world of country music. But it will inform what he does and every now and then, when his audience least expects it, they might hear him quote “Yackety Sax.” A few in the crowd will chuckle, grateful for the humor and smarts of a well-rounded musician and all that research will have been worth it.