Grothman vs. Kohl Race Is Competitive

6th Congresssional District has been Republican since 1960s, but race is close, experts say.

By Patty Murray, Wisconsin Public Radio - Oct 25th, 2018 02:19 pm
Get a daily rundown of the top stories on Urban Milwaukee 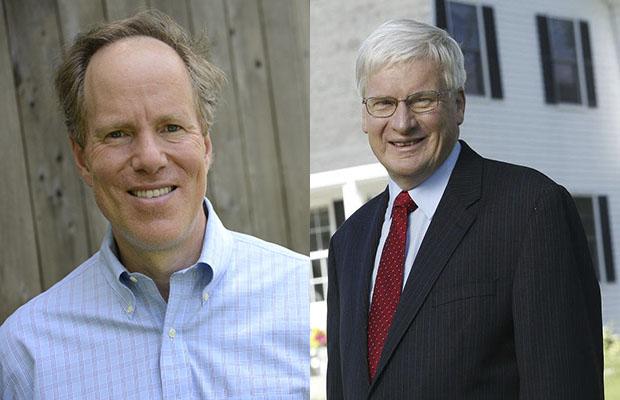 Dan Kohl and Glenn Grothman. Photos courtesy of the campaigns.

One of Wisconsin’s most competitive races this fall for a seat in the U.S. House of Representatives is playing out in the state’s 6th Congressional District.

Republican U.S. Rep. Glenn Grothman is running for a third term in a district that typically leans strongly toward the GOP. But he now faces an aggressive challenge from Democrat Dan Kohl, the nephew of former U.S. Sen. Herb Kohl.

In one way, shape or form, what is now Wisconsin’s 6th Congressional District has been in Republican hands since the late 1960s. For more than three decades the district was held by Republican Tom Petri.

Grothman is still seen as the favored candidate over Kohl, but observers say this race is closer than one might think.

Grothman served in the state Assembly and state Senate before being elected to Congress in 2014. He is known for showing up at local events like farmers markets and pancake feeds, and he attended the Manitowoc County Farm Bureau banquet this month.

True to his red roots, Grothman has voted several times in Congress to overturn the Affordable Care Act, also known as Obamacare. He defends those votes, as well as a vote in favor of the GOP’s 2017 tax cuts.

“Anybody who says these tax cuts did not benefit the average guy, you’re listening to fake news,” Grothman said.

That said, Grothman, known as an outspoken conservative, said he is willing to buck the party line in Congress. For example, he disagrees with some of President Donald Trump‘s tariffs involving agriculture, and said he opposes Trump’s tariffs on steel and aluminum goods.

While Grothman has disagreed with some of the president’s policies, he typically supports Trump’s foreign policy.

“Look at our trade agreements, and I think it’s good we finally have a president who’s standing up to China in regards to intellectual property,” he said.

Jim Simmons, a political scientist at the University of Wisconsin-Oshkosh, said Grothman is known for his frequent appearances in the district.

“He goes to farmers markets and various events and frankly, people don’t even recognize him as being their representative,” Simmons said.

But Simmons said despite Grothman’s busy schedule and the district’s conservative leanings, there are signs he could be in for a tighter race this year.

Meanwhile, Kohl, Grothman’s challenger, told supporters at the Oshkosh Democratic headquarters in October that this year’s election is critical.

“This is the most consequential midterm election of our lifetimes. The stakes are enormous. We need change,” Kohl said.

Kohl has worked as a lobbyist for the firm J-Street and is a former Milwaukee Bucks executive. His uncle once owned the professional basketball team and served four terms as a Wisconsin U.S. senator.

Kohl has Democrats like Bernie Faust in this district excited. Faust broke into a rendition of the song, “Happy Days Are Here Again,” at the Oshkosh event.

In a district that spans from northern Milwaukee County, west to Wisconsin Dells and up to Kewaunee, Kohl said one issue always comes up: health care.

“Health care is at the top of everyone’s mind wherever I go,” Kohl said. “Cedarburg or Sheboygan or here in Oshkosh and some of the rural areas. We need to have an economy that’s smart and works for everyone, and I’m concerned about this self-created trade war.”

Kohl acknowledges his name recognition and his “uncle in the business” is a plus, but he said he stands on his own.

“At the same time, I’m a different person and we live at a different time when we have big problems in the country,” Kohl said.

Money could also be a factor in this race. Kohl has raised more and spent more than Grothman, keeping the two-term GOP congressman on his toes.