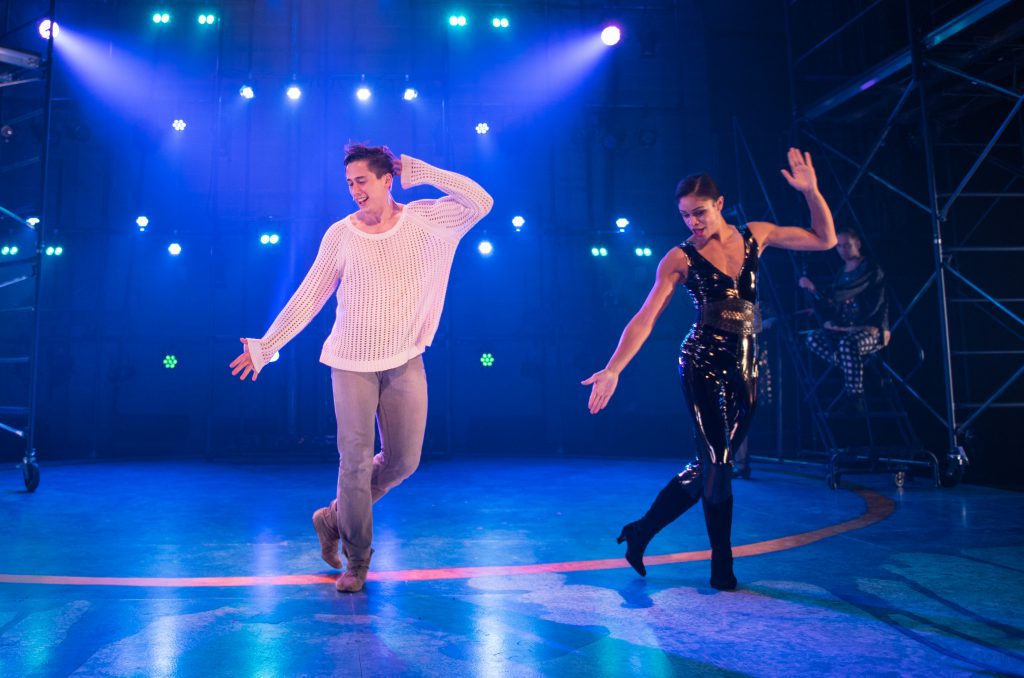 For 46 years and several revivals and reworkings, Pippin has been a tempting but challenging Broadway musical.

It is a sarcastic quest story? Charlemagne’s son Pippin is set in motion but is he merely the pawn of a theater troupe led by an ingratiating Leading Player to move from college to battlefield to throne to marriage bed without learning anything? Or is Pippin meant to reflect us all, touch us in his quest even as we recognize the fallacies of his journey? The songs seem to say the latter – some are soporific but they are also used as a jest on romanticism.

So Pippin has been performed both ways – a vigorously meaningful allegory of life or a sit-back compendium of musical turns and little jokes at humanity’s expense. Sometimes the two sides are worked together.

But basically it requires every production to dive past director-choreographer Bob Fosse’s still memorable outline and find fresh “Magic to Do,” as the song puts it. To hide the shortcomings in its book and Stephen Schwartz’s score — not to mention creating a tighter alliance among its diverse episodes and constant stagecraft demands.

To that task through Oct. 7 the Skylight Music Theatre brings some notable voices, nimble double duty by the cast of 12, solid technical support throughout and Danceworks choreographer Christal Wagner and director Ray Jivoff seeking to put an acrobatic pulse under the entire enterprise. We admire the effort, but rarely feel engaged by the shenanigans.

We applaud a strong pit band under music director David Bonofiglio, flashy sets by Keith Pitts and lighting by Jason Fassl, costumer Karin Simonson Kopischke’s slick use of tunics and fake heavy metal, and brilliantly miked singers (by sound designer Zack Berinstein), but we are remarking on the work rather than viscerally bouncing in our seats.

The Fosse style – here heavy on bowler hats, stalking trios, syncopated bodies – is still the spine of the musical, as it has always been. But not  tightly hypnotic as the original or as freshly thought out as was sometimes true in other revivals. Without the purposeful crispness of the original whirlwind stage fights and conflicts – and even with some vigorous punching up of certain scenes – the production is clearly leaning too hard on energy, vigorous climbing of scaffolds and repetitive antics behind scrims.

Some of the problems are built into the musical, though there still can be allegorical oomph in the Fosse insight used in many of his musicals: the kinship between social carnage and show business pizzazz.  But Pippin requires even more solutions to this formula, otherwise the constant stage motions, pulsating lights and pounding percussion become repetitious, hardly driving the story forward. Kinetic guts rather than intellectual finesse are on display.

It is hard to imagine a more physically attractive Pippin than Lucas Pastrana, who sings with dynamic range and tenor extensions, but we can’t escape feeling his Pippin is expert at hitting all the spots without sharing any genuine feeling. That approach might be right for operetta, but feels wrong in a musical character we are supposed to empathize with. Yet the voice and presence are so good it feels wrong to criticize.

A similar problem exists with Krystal Drake, a genuine find in physicality and wicked grin as the Leading Player, a major part that has won its performers Tonys. But the sense of a shadow Fosse personality rather than the real thing lingers over both her performance and how she pauses before striking the perfect Fosse pose.

Kathryn Hausman struggles with the engaging wiggle and flipness of evil mom Fastrada, but not with the singing, which she lands completely. Todd Denning is an amusingly histrionic Charlemagne and Alex Campea mines laughs out of his stature as oafish Lewis.

Natalie Ford, who sang a delightful Eliza previously at Skylight, sings well here, too, but still acts too broadly and without much needed allure as love interest Catherine.

Again and again performers emerge from the ensemble to delight us with their skills, so frequently that it seems penurious to single out just two – Stephanie Staszak in several dance numbers and Ayana Strutz, whose abilities as mime and circus gymnast are constantly used to enliven numbers.

The show stopper – and so the part is designed to be, including an audience sing-along to “No Time At All” – is the return to the Milwaukee stage of its own Broadway baby, Elaine Parsons Herro. She has come back to the Skylight spotlight after more than 30 years to dance alongside the chorines, tap to exaggeration and bring the audience to its feet as Pippin’s belting granny. 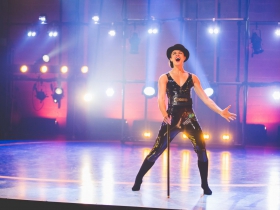 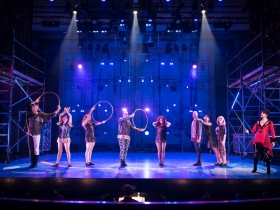 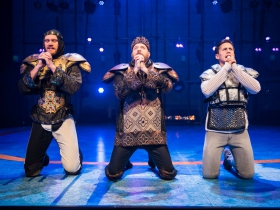 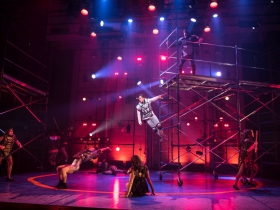 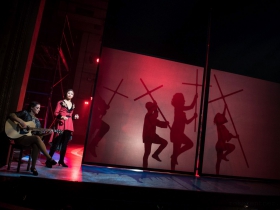 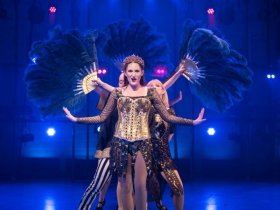