The Mystery Of Young Street

Where is it? How long is it? Short street created in 1929 would stump local trivia experts. 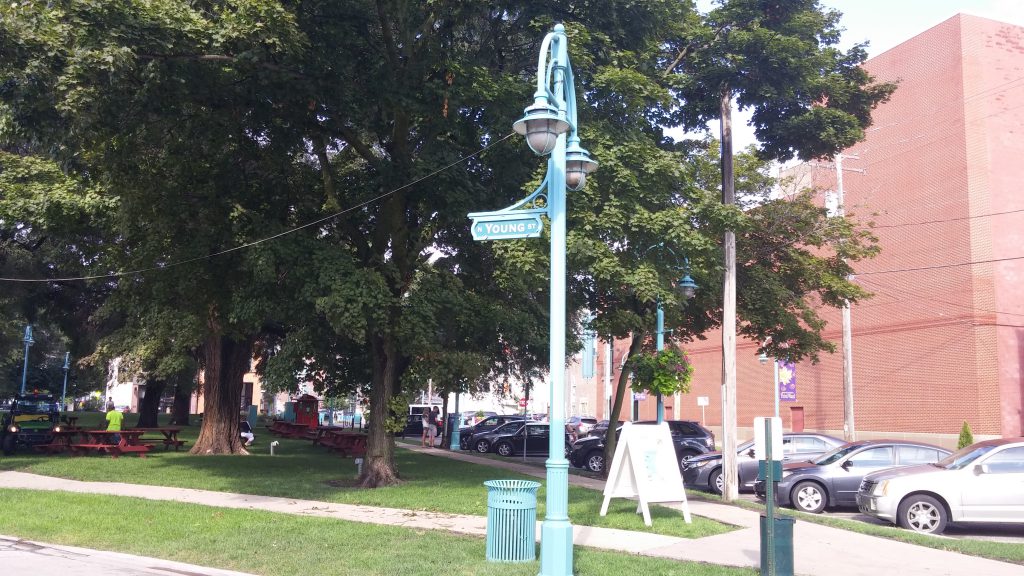 Several thousand people drive on it or walk along it every day, yet most of them probably could not tell you where Young Street is. There are reasons that the street at the south end of the Historic Third Ward is not well-known. It is a short street, it has only one street name sign on its length, and it seamlessly provides a route between N. Milwaukee Street and the bridge over the Milwaukee River. 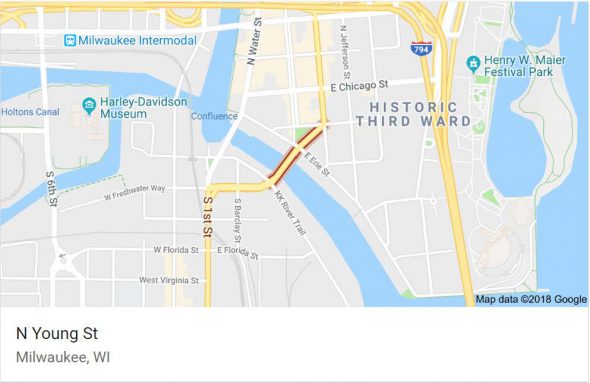 There is conflicting evidence as to the name of the street where it runs south of E. Erie Street. A search for N. Young Street on both Google and Yahoo maps, show that Young Street continues to the bridge which has been referred to as the Young Street Bridge in Urban Milwaukee articles, on the Visit Milwaukee webpage, and on other sites.

Curiously, zooming in on the Google map of N. Young Street changes the name of the street to E. Pittsburgh Avenue south of E. Erie Street. The bridge is called the Pittsburgh Avenue Bridge in a recent Milwaukee Business Journal article and in the Milwaukee Public Library photograph collection. 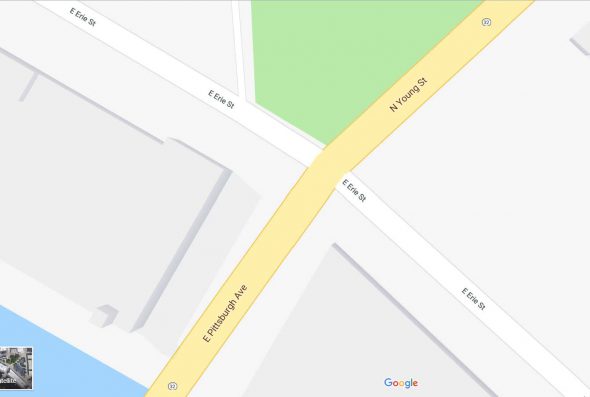 But Broadway is the actual name of the street and the bridge. Lettering on the bridge labels it the Broadway Bascule Bridge. The street name sign on the southeast corner of E. Erie Street names the street Broadway. And the bible of city street names, the Milwaukee Property Information map, shows Broadway extending to the south side of the river.

Regardless of what you call it, it’s easy to understand how the confusion developed. In 1929, N. Young Street was created to route traffic off Broadway, probably because of the congestion caused by produce vehicles loading and unloading on Commission Row, two blocks to the north. Traffic to and from the bridge was diverted to N. Milwaukee Street by the new street, which cut diagonally through land owned by Northwestern Transfer Company. About 30 years ago, Broadway was closed between E. Menomonee and E. Erie streets, which broke the link between Broadway and the Broadway Bridge, and the muddle began. 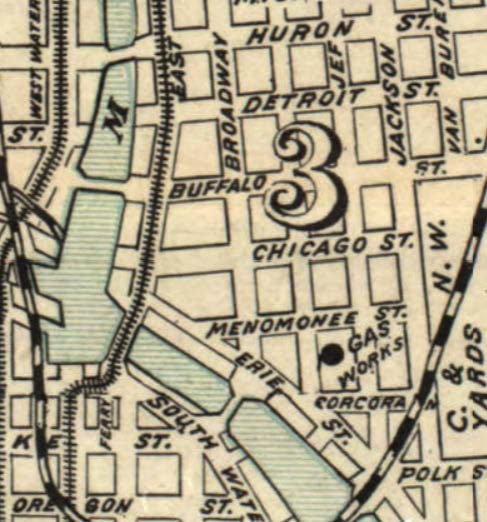 Broadway before it was closed at Menomonee and before N. Young St. was created. Map from the University of Wisconsin-Milwaukee Libraries.

North Young Street was named for the president of the Northwestern Transfer Company, David Parker Young. He had a life-long love for horses, but he is remembered for being the first person to take the then arduous journey from Milwaukee to Green Bay by automobile. Young was born in Scotland in 1870 and as a teenager came to the United States where he worked as a horse trader. In his next job, he oversaw Milwaukee’s branch of the National Biscuit Company’s delivery department which relied on horse-drawn wagons. He later purchased the Northwestern Transfer Company but was eventually forced to replace his horses with motorized vehicles to keep up with the competition. From then until his death in 1936, he visited farm friends on holidays and weekends where he could continue to be around his equine friends.

In 1984, the parcel of land west of N. Young Street was dedicated as Catalano Square. Since the Square has only three sides, it might have been called Catalano Triangle. It was named for the Catalano family. Five Catalano brothers, immigrants from Sicily, came to Milwaukee in the late 1880s. Upon arrival in the city, as the story goes, they worked unloading produce from a ship docked on the Milwaukee River. After receiving permission to take the fruit that fell to the ground, they cleaned it up and sold it, beginning their careers as produce peddlers. They, and their descendants, founded produce and grocery businesses in the city, some of which are still in existence. When Broadway was closed at E. Menomonee Street, the Square was enlarged, and a fountain was installed. 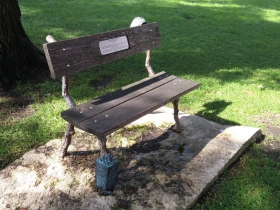 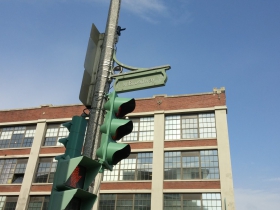 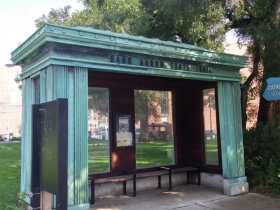 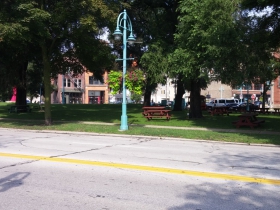 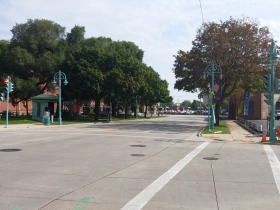 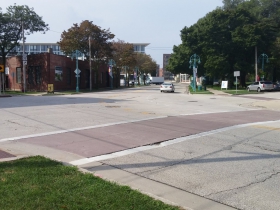