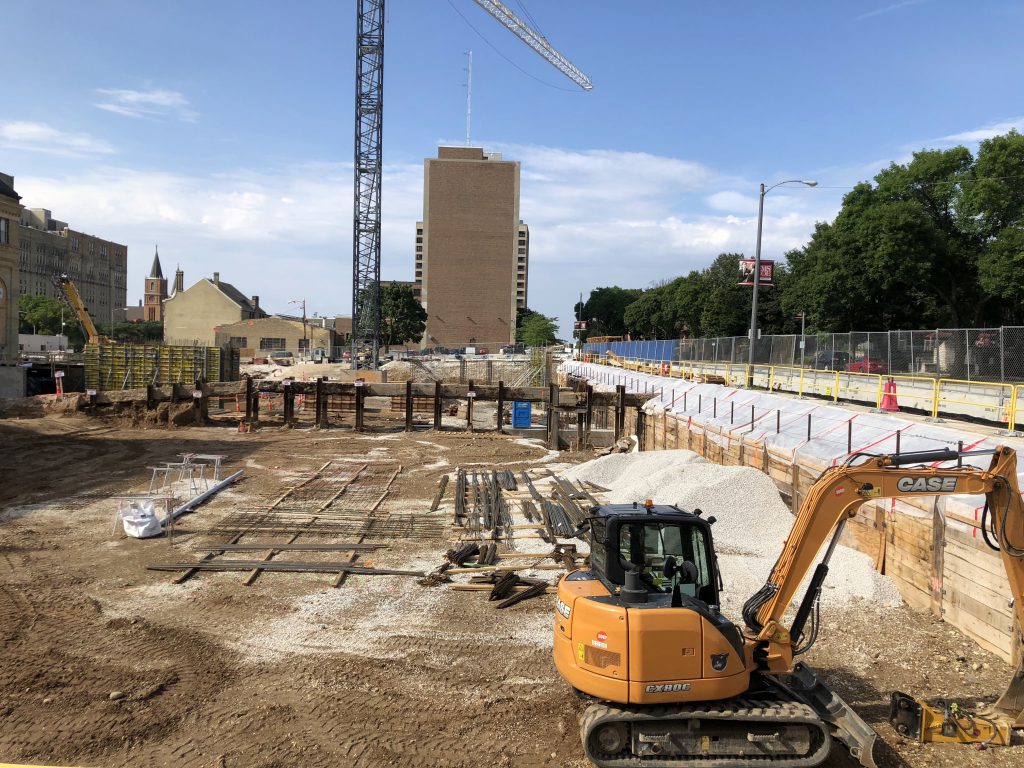 Work is well underway on the Milwaukee School of Engineering‘s plan to become the statewide leader in artificial intelligence education. The bricks-and-mortar centerpiece of that effort is the new, $34 million Dwight and Dian Diercks Computational Science Hall located at 1025 N. Milwaukee St.

The new facility and new bachelors of computer science degree program are being funded by a gift from Dwight Diercks, a 1990 graduate of the school, and his wife Dian. The gift, the largest in the school’s 115-year-history, was made possible by Diercks’ role as NVIDIA’s vice president of software engineering at the approximately 11,000 employee tech company. He’s been with the California-based company since the early 1990’s when he joined as the 22nd employee.

NVIDIA’s technology, both hardware and software, is used in everything from computer gaming and graphics processing to self-driving vehicle and cryptocurrency computation. The new facility will include a computing cluster laden with graphics processing units that will enable large-scale applications and computations to be executed by MSOE students, staff and industry partners. A handful of MSOE faculty members were recently at NVIDIA’s annual conference to further their education in the company’s “deep learning” framework and become certified instructors.

Diercks joked during an interview with me that when he originally conceived of the gift years ago he could have only purchased the computers for the program. That’s not so anymore due in large part to the transformational nature of NVIDIA’s business.

The company has seen a rapid rise in its stock price in recent years. When Dr. John Walz became MSOE President on July 1st, 2016, the stock was trading at $46.66 per share. When the gift was announced in October 2017 the stock was trading at $198.35 per share. The morning of the late April groundbreaking the stock was at $228.71. As of Friday afternoon, it has reached $271.92, meaning the company has added an incredible $30 billion to its $165 billion market capitalization just since the groundbreaking. Since Walz and Diercks began discussing the gift in July 2016, NVIDIA’s value has risen 482 percent.

The physical transformation of the site is something not lost on Diercks. At the October announcement ceremony, Diercks said: “In the heart of this campus where we have a really ugly parking lot, we are going to put a really beautiful building.”

Once complete, the building will have 64,000 square feet of space spread over four floors. The facility will house classrooms, faculty offices and a 256-seat auditorium. The site today is a substantial hole in the ground as Mortenson works to build the foundation.

The site hasn’t always been a parking lot. It was the long-time home of the Welsh Presbyterian Church. It was built in 1854, and demolished by the university in 1988. More recently, MSOE demolished the “C Building” on the south end of the site in 2005. The C Building was originally built by the nearby German English Academy and was acquired by the university in 1948 and used as an administrative building.

The university, in partnership with J.P. Cullen, is also rehabbing the facade of its campus center building at 1025 N. Broadway. 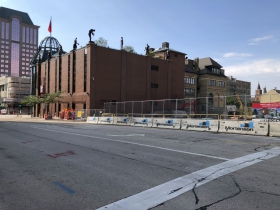 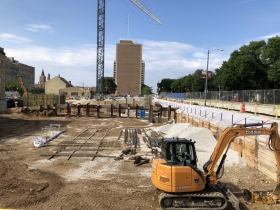 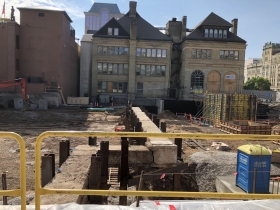 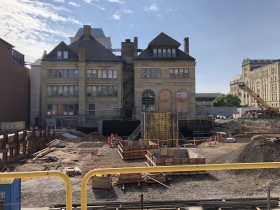 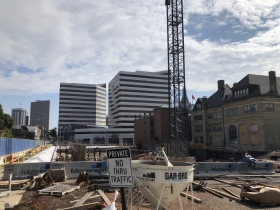 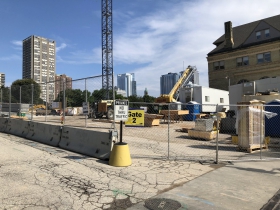