Bring On the Dockless Bicycles!

City officials announce they will accept proposals for dockless bikeshare. 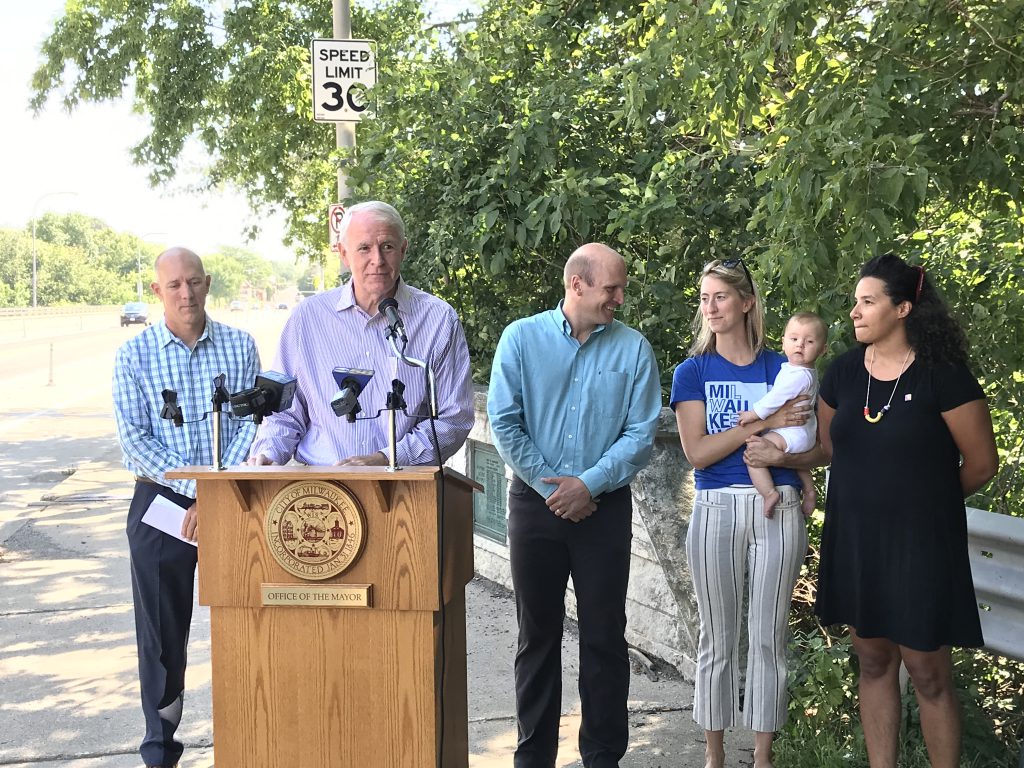 The city is officially accepting proposals from contractors for operation of a dockless bikeshare pilot program.

At a press conference Thursday attended by Mayor Tom Barrett, Ald. Nik Kovac, joined by his wife and newborn daughter, Jeff Polenske of the Department of Public Works and Caressa Givens of the Wisconsin Bike Federation, city officials formally announce the dockless bikes program. The event was held on the west end of the Locust St. Bridge where officials also touted the protected bike lanes that have been installed there, and in other areas of town.

A dockless bicycle is a rideshare option like Bublr Bikes, except riders can unlock them anywhere using a smartphone app and leave them parked nearly anywhere on city sidewalks. It decentralizes the bikeshare system and makes it easier for riders to find a bike and take the route they want. 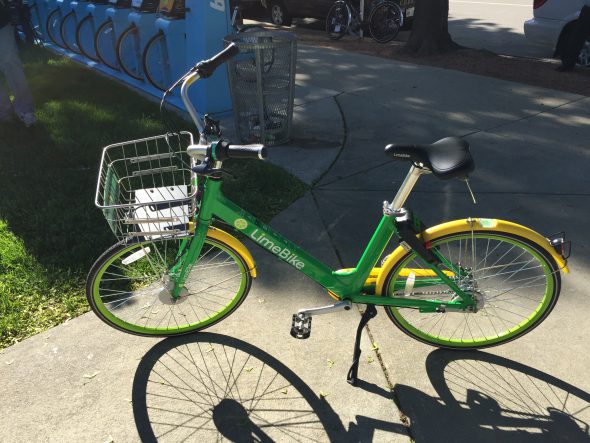 Mayor Barrett and the others said the program’s goal is to increase access to bikeshare and encourage bicycling in general. The dockless bikes will work as a compliment to Bublr, Barrett said, and allow the program to easily spread out beyond the core of the city.

“Dockless is really to further the reach of bike share throughout the community,” Polenske said.

Barrett said the dockless bicycles and the protected lanes, “are very exciting for transportation” in the city. He noted an axiom of his — call it a Barrett-ism — that local government doesn’t have the resources nor the inclination to approach public policy from a theoretical standpoint, and instead asks a simple question: “Does it work or doesn’t it?”

That’s why pilot efforts like the dockless program, or the de-facto pilot program of protected bike lanes, are important. They give policy makers information before expanding it throughout the city.

And with both programs officials hopes to expand them. Already the city is looking at protected lanes in other parts of town.

Advocating for bicycling and encouraging the practice is a long term goal of the city. And it has geared up in the last year or so with planning for a bike boulevard in Riverwest, and the installation of protected bike lanes on the North Avenue and Locust Street bridges as well as along Kilbourn Ave. in  Downtown.

Givens called the protected lanes on the East Side “Very simple but significant changes to the east Locust bridge and the North Avenue bridges.”

The bike lanes have transformed a bridge crossing that can be “harrowing,” as Kovac called it, making the crossing far more manageable for the casual rider. And making it easier to bicycle the streets of Milwaukee is really the core of all the city’s bike projects.

Bicycling is good urban policy on a number of fronts: it’s carbon neutral, more healthy for riders and reduces the burden on other transportation systems. Kovac said protected lanes could even be good for motorists.

Reducing the lanes on a street like Locust, he contended, doesn’t actually make traffic worse. “It just means discouraging the reckless speeding that isn’t getting your anywhere faster anyway.”

Though he didn’t say it Thursday, Kovac often notes that “infrastructure is destiny.” In short, more infrastructure for biking is likely to increase the use of this transportation option in Milwaukee.

One thought on “Bring On the Dockless Bicycles!”