By Laurel White, Wisconsin Public Radio - Aug 21st, 2018 12:46 pm
Get a daily rundown of the top stories on Urban Milwaukee 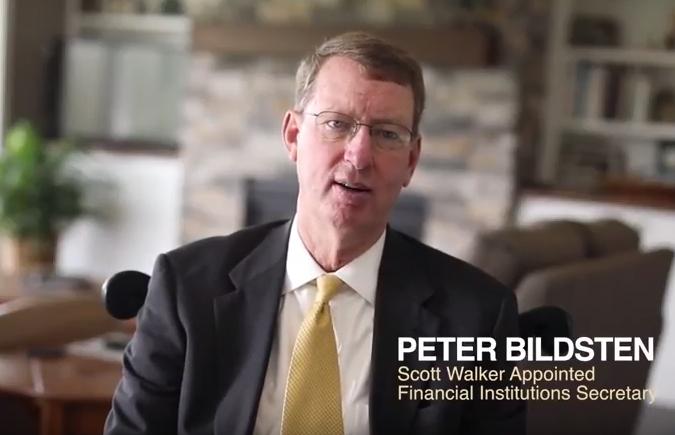 A second former Walker administration official has come out in support of the governor’s opponent Democrat Tony Evers.

Peter Bildsten served as Gov. Scott Walker‘s secretary of the Wisconsin Department of Financial Institutions from 2011 until 2015.

Bildsten appears in a digital ad for Evers released Monday. In it, he says he was pressured to meet with special interests and lobbyists during his time as a administration official, and that he was directed to avoid creating public records.

In an interview with WPR, Bildsten said he believes he was asked to refrain from creating electronic records because they would be subject to open records requests by reporters and the public.

“I certainly got the message that they wanted to minimize those kinds of requests, particularly for anything that might be sensitive, that might be of interest to the public,” he said.

He said Walker became increasingly political during his tenure.

“Tony Evers is so desperate to distract from his failed record that he keeps peddling debunked statements from disgruntled ex-employees who have an agenda to push after leaving on bad terms,” said state GOP spokesman Alec Zimmerman. “These attacks have been repeatedly shown to be false, including in a statement by Wall himself making clear that he had ‘never been instructed’ to circumvent records laws.”

One thought on “Second Walker Official Opposes Him”