By Laurel White, Wisconsin Public Radio - Aug 18th, 2018 02:28 pm
Get a daily rundown of the top stories on Urban Milwaukee 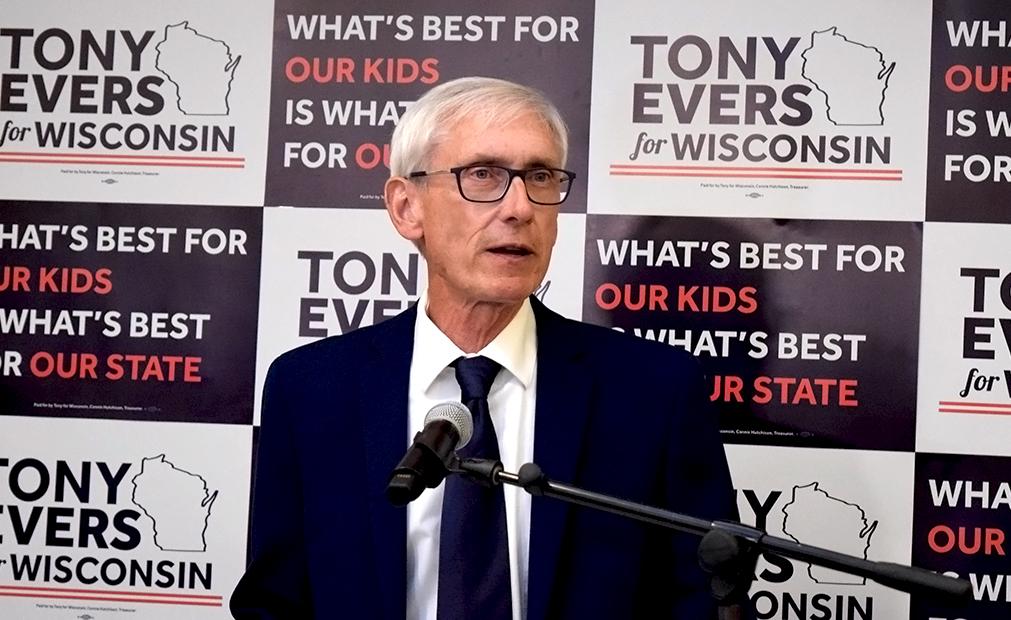 Evers received support from 49 percent of those surveyed, compared to Walker’s 44 percent. Seven percent were undecided. The margin of error was 4 percent.

“I think Scott Walker is in trouble,” said Jim Williams, polling analyst at Public Policy Polling. “I think we have a nominee (in Tony Evers) who is in strong position, relative to Scott Walker, and is potentially looking to get stronger as his party coalesces behind him.”

The poll, which was conducted by phone, skewed slightly toward Democrats, with 36 percent of respondents identifying themselves as Democratic voters. Thirty-five percent identified as independents and 29 percent as Republicans.

Evers’ campaign lauded the results as a sign that Wisconsin voters are “ready for a change.”

A spokesman for Walker’s campaign said the governor is preparing for a difficult race.

“Scott Walker has been preparing for a tough campaign where he’ll have to earn every vote to withstand a flood of money from big government special interests from Washington,” said Walker campaign spokesman Brian Reisinger. “We have no doubt this will be the case despite Evers’ shocking and disgraceful record of failing to protect our children.”

The state GOP released an ad this week criticizing Evers’ handling of a case involving a teacher watching pornography at school.

Those three issues are top priorities for Evers’ campaign. They are also featured in the first ad for Evers paid for by an outside group, which premiered this week.

The governor has been moving in recent days to temper GOP expectations for the first post-primary polling.

The Milwaukee Journal Sentinel reported Walker told supporters at a campaign stop last weekend, “You could have Daffy Duck on the ballot for the Democrats, and they’ll start out with at least 48 percent of the vote.”

Williams, the analyst at Public Policy Polling, disputed that.

“I would expect to see Democrats not fully coalesced around the nominee quite yet,” he said.

A new survey of Wisconsin voters conducted by the Marquette University Law School is slated to be released next week.