The Trouble with Freedom Indices 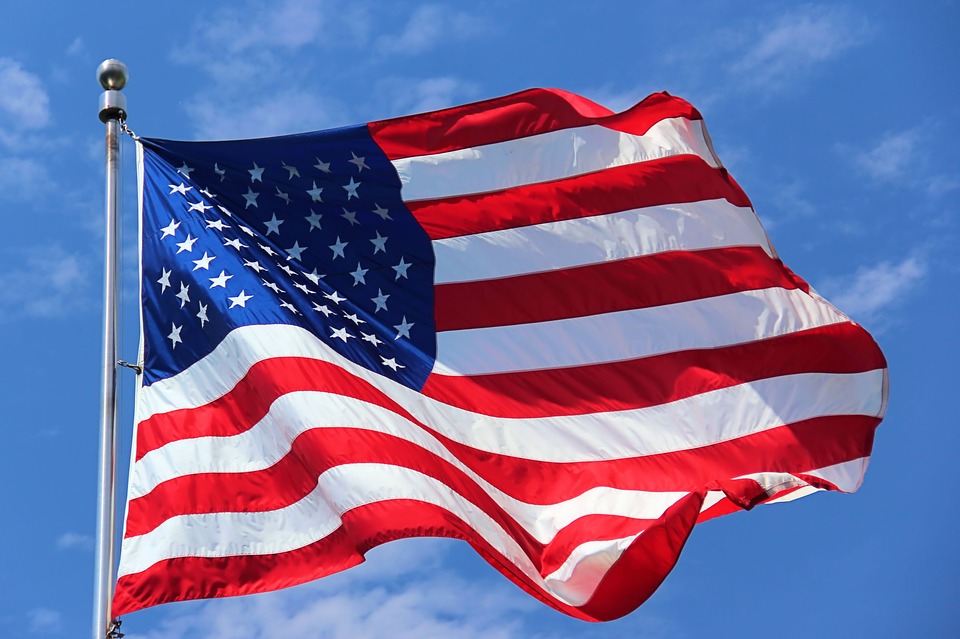 Several organizations publish “freedom” indices of nations or states. These generally refer to personal and political freedom or economic freedom or a combination of both. Last week’s Data Wonk column looked at one of these, the Human Freedom Index put out by three libertarian organizations. The danger is that, at a time when democracy is under attack worldwide, the use of “freedom” to attack, say, Obamacare, trivializes freedom and undermines the effort to protect it.

One of the best summaries of the threat to freedom is contained in Freedom House’s 2018 Freedom in the World. The report is aptly subtitled “Democracy in Crisis.” It rates nations using two sets of measures, political rights (PR) and civil liberties (CL). Somewhat confusingly, Freedom House uses two scales. One runs from 1 to 7, where 1 is most free; the second from 0 to 100, in which 100 is most free.

Political rights generally revolve around free and fair elections and whether candidates who are elected are allowed to rule, whether political parties are competitive, whether the opposition play an important role and enjoy real power, and whether the interests of minority groups are well represented in politics and government.

The United States’ political rights rating declined … due to growing evidence of Russian interference in the 2016 elections, violations of basic ethical standards by the new administration, and a reduction in government transparency.

While the report does not mention Wisconsin, it identifies partisan gerrymandering as a growing concern in the United States.

The Civil Liberties measure includes freedoms of expression, assembly, association, education, and religion. Countries with a top rating “have an established and generally fair legal system that ensures the rule of law (including an independent judiciary), allow free economic activity, and tend to strive for equality of opportunity for everyone, including women and minority groups.”

The United States rating on civil liberties did not change, although the country report notes a number of challenges from the Trump administration, including attacks on the press and judiciary, and the travel ban on residents of Muslim countries.

The Human Freedom Index mentioned in the previous column comes from three libertarian organizations— the Fraser Institute (Canada), the Liberales Institut at the Friedrich Naumann Foundation for Freedom (Germany), and the Cato Institute (US). Two indices are calculated—one for personal freedom and the other for economic freedom. The human freedom index is calculated by combining the two.

Personal freedom is calculated using 7 broad areas: rule of law; security and safety; movement; religion; association, assembly, and civil society; expression and information; and identity and relationships. The personal freedom index is derived from a total of 37 distinct indicators.

Cato’s Personal Freedom Index considers a number of issues not included by Freedom House, such as whether men and women have the same parental rights and whether same-sex relationships are legal.

Despite these and other differences, there is a fair amount of overlap between the measures used to calculate Cato’s personal freedom index and those used by Freedom House. As the following graph indicates, nations that do well as calculated by Cato are likely to fare well on the Freedom House measure as well. 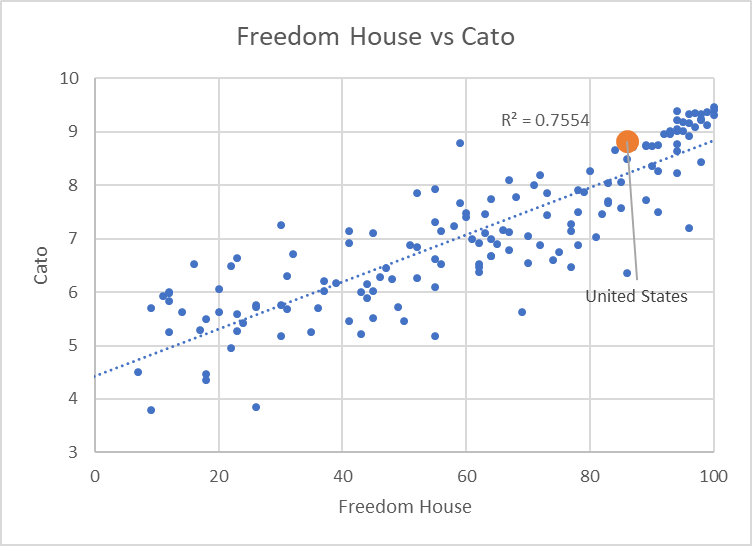 The same Cato report also rates nations for their economic freedom, using 5 broad categories: size of government; legal system and property rights; access to sound money; freedom to trade internationally; and regulation of credit, labor, and business. With one exception, these seem like a reasonable list of preconditions for a healthy business climate. In their absence, starting a business becomes much more problematic.

The exception—and where the report surrenders to current right-wing orthodoxy–is the first of these, size of government. This category includes various measures of overall government spending. It also includes several measures of marginal tax rates. Implicit in this approach is that shifting the tax burden to less wealthy people increases economic freedom.

Besides dressing up such dodgy concepts as freedom, the size of government measures contribute little to evaluating which countries have the strongest business environments. The graph below compares the original Cato economic freedom scores (on the horizontal) with the same scores calculated without the government size measures. There is simply not a lot of difference. 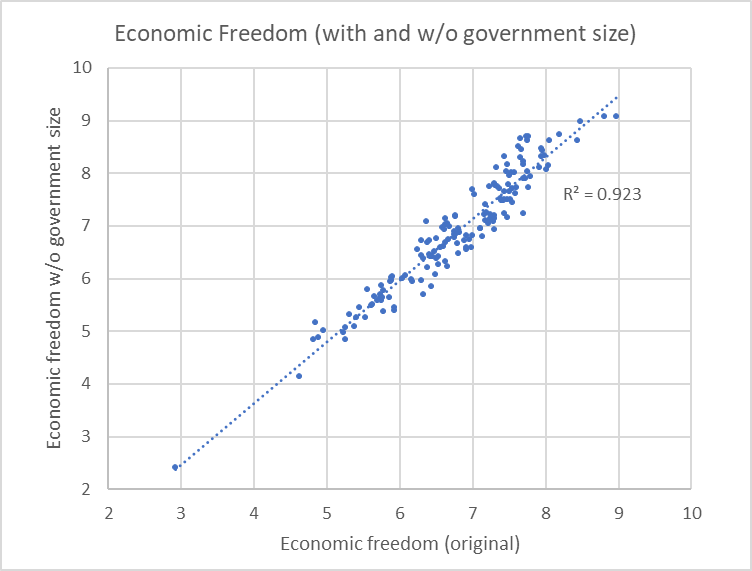 Economic Freedom (with and w/o government size)

Heritage ranks the United States 16th, just ahead of Denmark and Sweden, which are dinged for the size of their governments. Heritage concludes that Hong Kong and Singapore are the most free economically. Both are rated “partly free” by Freedom House. Hong Kong, in particular, is on a downward trend as the Chinese government tightens its grip.

Finally, the Cato Institute has also issued a state rating called Freedom in the 50 States. This largely follows a conventional libertarian/conservative agenda. Both government size and regulations are equated with less freedom, whether spending on schools or restrictions on tobacco or guns. Given this orientation it is not surprising that the report makes the following generalization:

For all the talk about Scott Walker’s “radical reforms,” we find that economic freedom has been more or less constant since 2011, relative to other states, whereas personal freedom has grown substantially.

The basis for the claim about personal freedom is unclear. Apparently it stems mostly from legalization of concealed carry of guns.

To apply the language of freedom to disagreements about domestic economic policies creates two problems. First, with its underlying assumptions that any expansion of public goods or regulations diminishes freedom, it shuts down any intelligent evaluation of these programs. Second, it trivializes the real global threats to democracy and emboldens autocrats worldwide.