How Government Helps the Economy

A government safety net is the best way of assuring the economy can evolve and grow. 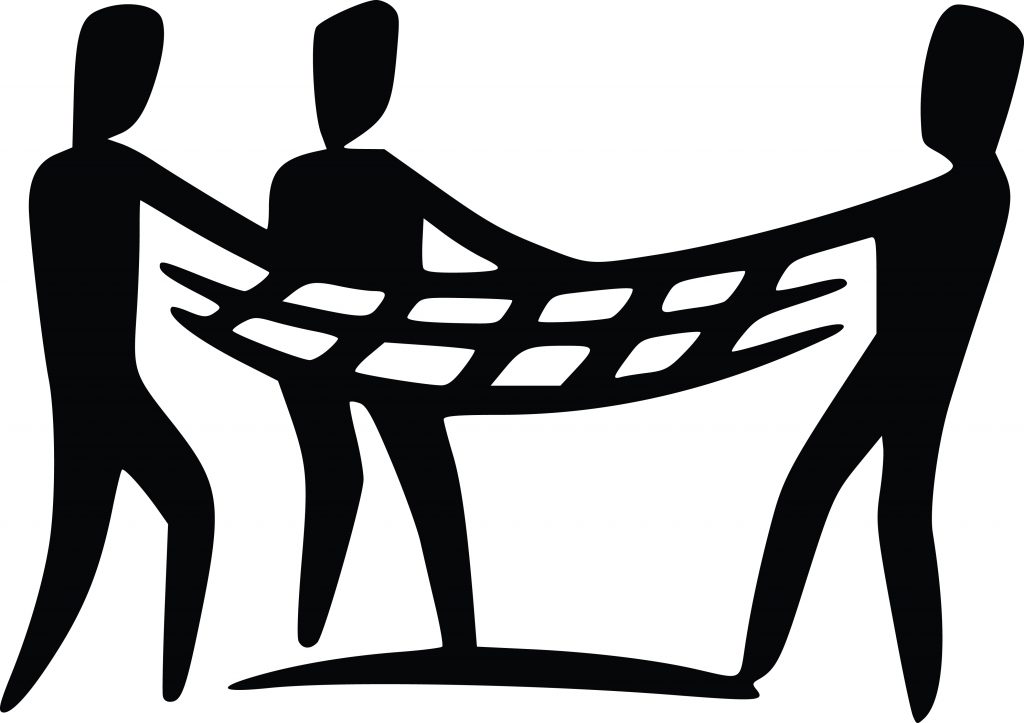 In a 2010  interview with Glenn Beck, Paul Ryan let loose on his view of “progressivism” and the safety net:

What I’ve been trying to do is indict the entire vision of progressivism because I see progressivism as the source, the intellectual source for the big government problems that are plaguing us today and so to me it’s really important to flush progressives out into the field of open debate.

He pointed out that he grew up 35 miles from Madison:

This stuff came from these German intellectuals to Madison‑University of Wisconsin and sort of out there from the beginning of the last century. So this is something we are familiar with where I come from. It never sat right with me. And as I grew up, I learned more about the founders and reading the Austrians and others that this is really a cancer because it basically takes the notion that our rights come from God and nature and turns it on its head and says, no, no, no, no, no, they come from government, and we here in government are here to give you your rights and therefore ration, redistribute and regulate your rights. It’s a complete affront of the whole idea of this country and that is to me what we as conservatives, or classical liberals if you want to get technical.

He went on to assert that:

… those first progressives, they tried to use populism and popular ideas as a means to getting ‑‑ detaching people from the Constitution and founding principles to pave the way for the centralized bureaucratic welfare state.

Ryan continued in the same vein, asserting that progressivism was leading to a “social welfare state, cradle‑to‑grave society” with a “culture of dependency on the government.” He ends by referring to his plan (“Roadmap for America”) to reverse these trends.

At the end, Beck gushed:

Are capitalism and the welfare state opposed to each other? The view expressed by Ryan, while extreme, is widely accepted on the right. What Ryan adds is strong foreboding—that we are approaching a tipping point, when “takers” will outnumber “makers” and the process will become irreversible.

The economist Joseph Schumpeter is best known for coining the term “creative destruction” to describe the incessant product and process innovation in which new production units replace outdated ones. He described it “the essential fact about capitalism.” New technology and global trade destroy old jobs but free up resources for new ones. Without creative destruction economic growth would grind to a halt.

However, creative destruction also creates winners and losers. Schumpeter, although an admirer of capitalism, believed that the success of capitalism contained the seeds of its own eventual failure, as it inspired reactions that would strangle creativity. The 2016 presidential election can be viewed as the confirmation of Schumpeter’s pessimism.

The unevenness of the distribution of the American economy’s winners and losers can be seen in the election results, as analyzed by the Brookings Institution. As can be seen below, Donald Trump won more counties than did George W. Bush sixteen years earlier. 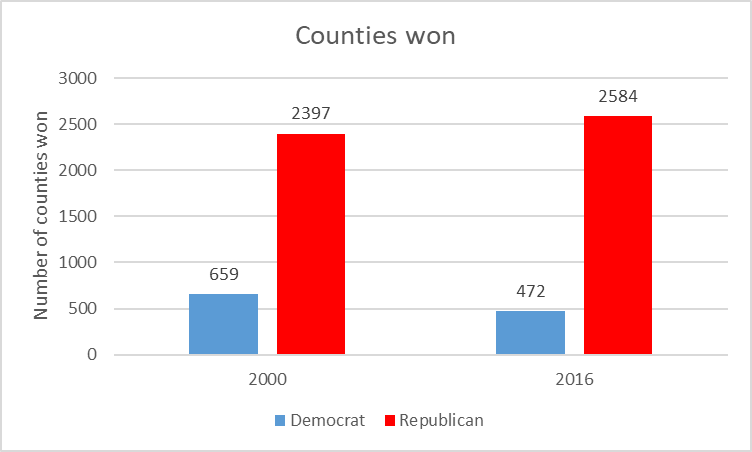 Yet, despite the increase in the number of counties whose voters chose the Republican presidential candidate, their contribution to the gross national product decreased substantially, as shown in the chart below. 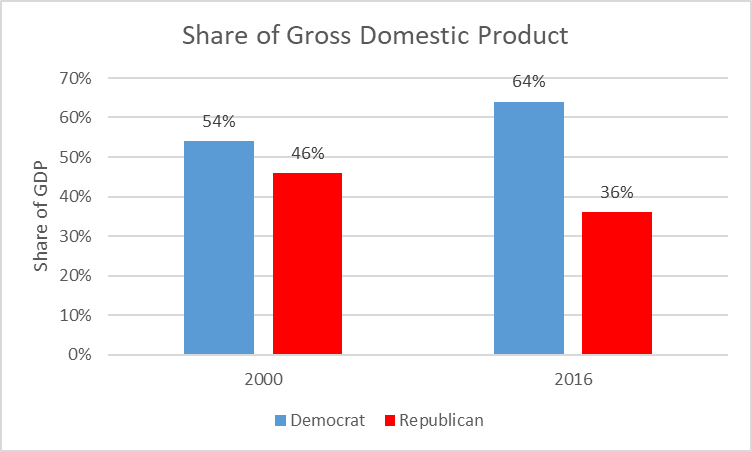 In Wisconsin, rural Wisconsin, small towns, and cities with one or two manufacturers were all among the losers in creative destruction process. And in the 2016 election, this state’s rural counties with the lowest GDP per capita were where Trump gained more votes compared to past Republican candidates. The further to the right of the graph, where the GDP per capita  gets higher, the less gain in votes for Trump. Rural voters here were more open to Trump’s promises to address their problems by cutting down on imports and immigrants, essentially an effort to combat the economy’s creative destruction and protect older industries. 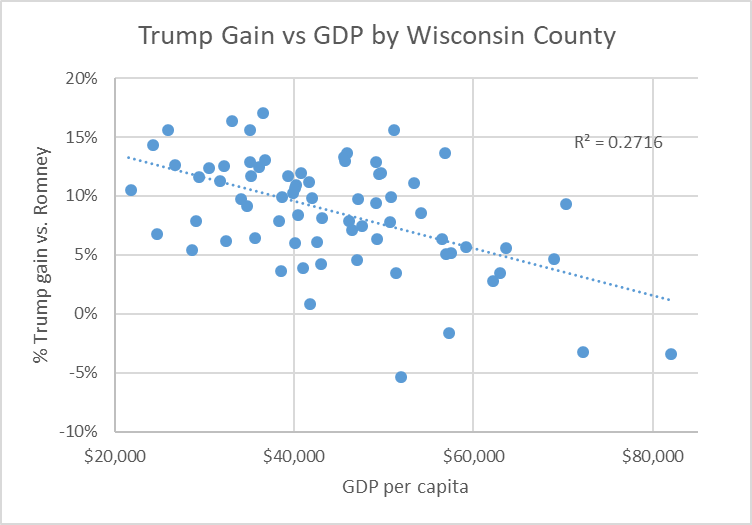 Not all libertarians agree with Ryan that a strong safety net is harmful. A different view animates a recent report (The Free -Market Welfare System: Preserving Dynamism in a Volatile World) by Samuel Hammond of the libertarian Niskanen Center. In contrast to Ryan’s argument, Hammond starts by arguing that the American income safety net is one of the weakest in the world, as seen in the chart below, based on data from the Organization for Economic Cooperation and Development (OECD). The United States, seen in red on the graph, trails all but four countries in the value of its safety net. 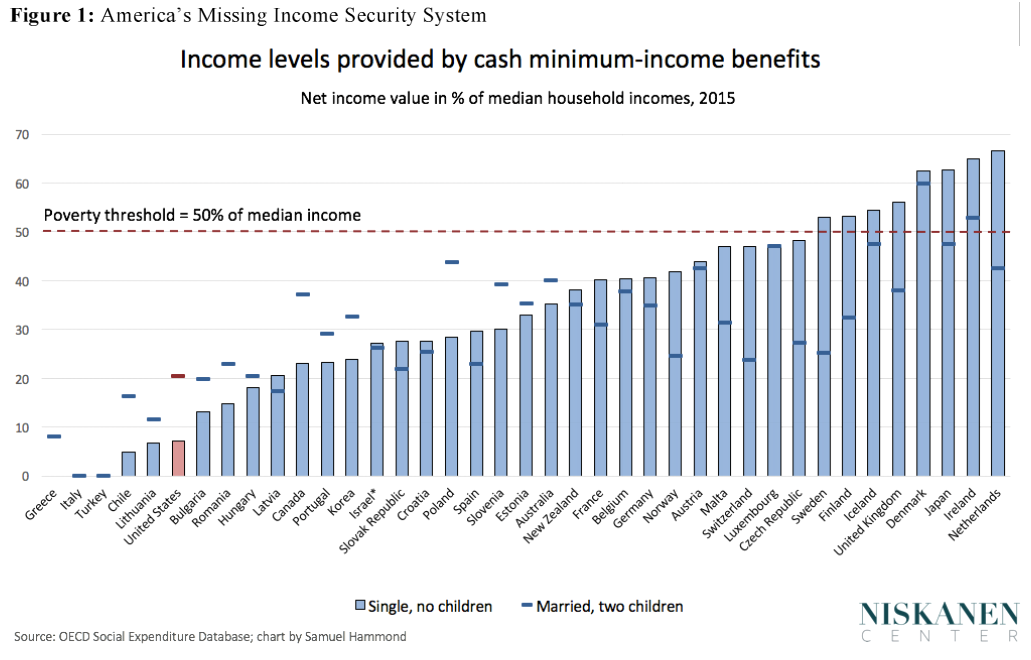 Hammond argues that a system of income protection is a type of risk pooling that comes with two advantages. At a societal level it helps reduce the political pressure to prevent the evolution of the economy, helping prevent the resulting stagnation. At the individual level it reduces the risks to entrepreneurship. If, for example, health care is not dependent on having a job with a large company, the risks of entrepreneurship go down.

Hammond then turns his attention to the Human Freedom Index, a report published annually by three libertarian organizations, the Cato Institute, the Fraser Institute, and the Liberales Institut at the Friedrich Naumann Foundation for Freedom. (Cato is heavily subsidized by the Koch brothers.)

The Index uses uses 79 measures to rate both personal freedom (such as freedom of speech and religion, rule of law, and assembly) and economic freedom (property rights, sound money, and international trade, as well as government spending). These are combined to get an overall score called human freedom for each nation. A number of countries outscore the United States, including such countries as Denmark and Sweden which are often considered socialistic because of their strong safety nets.

In calculating the economic freedom index, Cato downgrades countries with high government spending and taxes. This has the effect of lowering the score for countries with strong safety nets.

Hammond recalculates the economic freedom rankings by removing government spending from the index. In the chart below this is shown on the horizontal scale. The vertical scale rates countries according to their income transfer aimed at protecting people who have suffered an income loss. 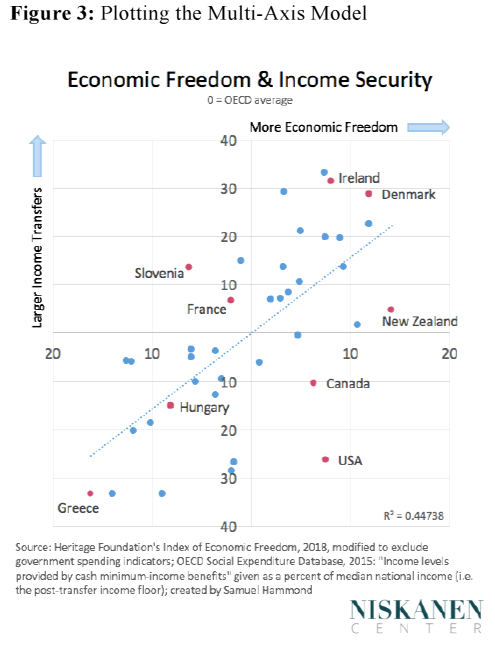 Capitalism and its “creative destruction” has been a major contributor to the improvement in human welfare over the last 200 years. However, the benefits are not evenly distributed, as the last election dramatically demonstrated. A society that spreads the risks and benefits more widely may, in the long term, progress more rapidly. A government safety net, in short, may be the best way of both weathering and maximizing the impact of the free market’s creative destruction.