Says in this time of division our future "lies in accepting and honoring our differences."

By Shawn Johnson, Wisconsin Public Radio - Aug 7th, 2018 02:24 pm
Get a daily rundown of the top stories on Urban Milwaukee 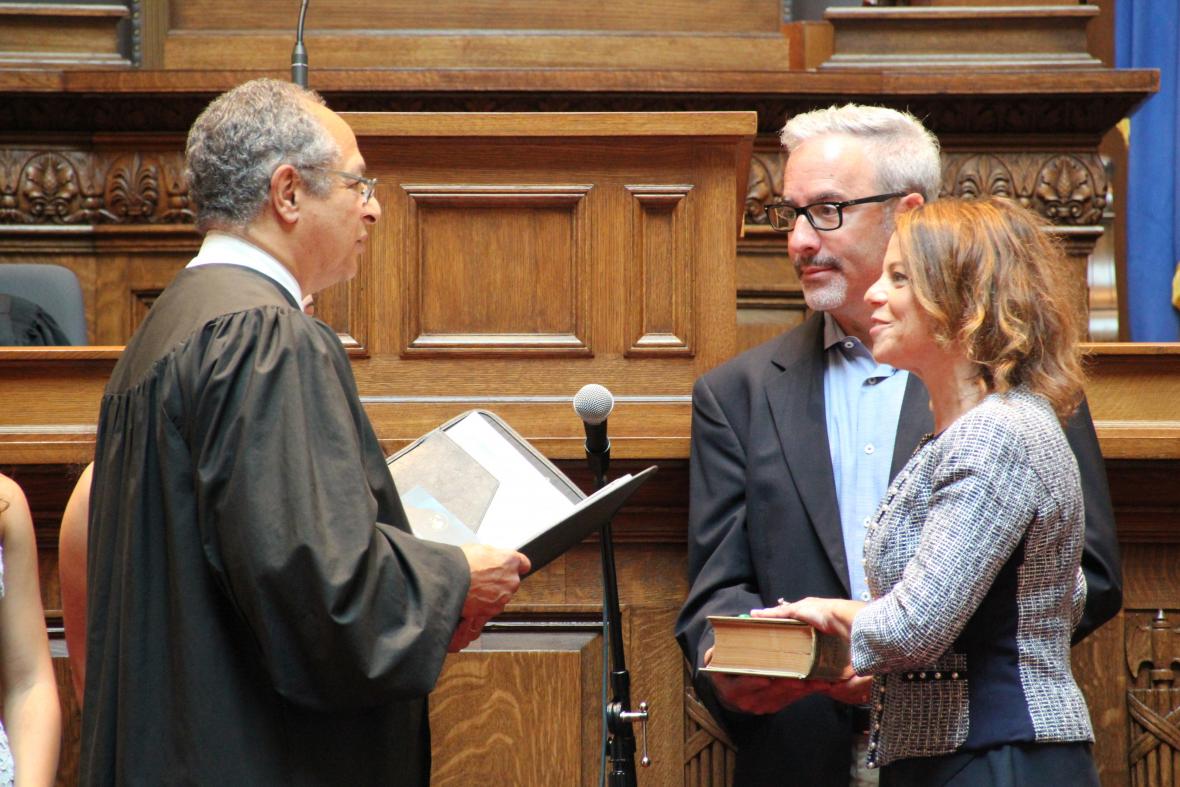 Wisconsin’s newest Supreme Court justice told an audience of supporters at her investiture ceremony Monday that the nation must welcome immigrants and the state must address its treatment of African-Americans in order to heal political divisions and ensure equal opportunity for everyone.

Justice Rebecca Dallet‘s term on the court began officially last week. While judicial races are technically nonpartisan in Wisconsin, Dallet’s election in April was widely viewed as a victory for Democrats, trimming the conservative majority on the state Supreme Court from 5-2 to 4-3.

Dallet told the crowd at her Wisconsin State Capitol investiture ceremony that she was being sworn in at an unusual time in the country’s history, when many believe that the nation is as divided as it’s ever been, possibly since the Civil War.

“Our future lies not in division, but also not in uniformity,” Dallet said. “It lies in accepting and honoring our differences. It lies in welcoming immigrants and building diverse communities.”

Dallet said she shared the judicial philosophy of former U.S. Justice Louis Brandeis, who said democracy depended on all men being equally entitled to life, liberty and the pursuit of happiness.

She said that was at risk in Wisconsin’s current criminal justice system.

“We must follow the law, we must interpret it without favor or bias and we must also recognize that our state is rightly criticized for the data that shows how people of color, especially African-Americans, are being left behind,” Dallet said. “We cannot blithely accept that we incarcerate a much higher percentage of our black neighbors.”

Dallet was sworn in by former state Supreme Court Justice Louis Butler, who was Wisconsin’s first ever African-American justice who lost his election to former Justice Michael Gableman in 2008. Gableman did not seek re-election this year, setting up the contest between Dallet and Sauk County Judge Michael Screnock.

“When Justice Ruth Bader Ginsburg was asked, ‘When will there be enough women on the court?’ she replied, ‘When all of them are.'”