By Shawn Johnson, Wisconsin Public Radio - Jul 19th, 2018 02:49 pm
Get a daily rundown of the top stories on Urban Milwaukee 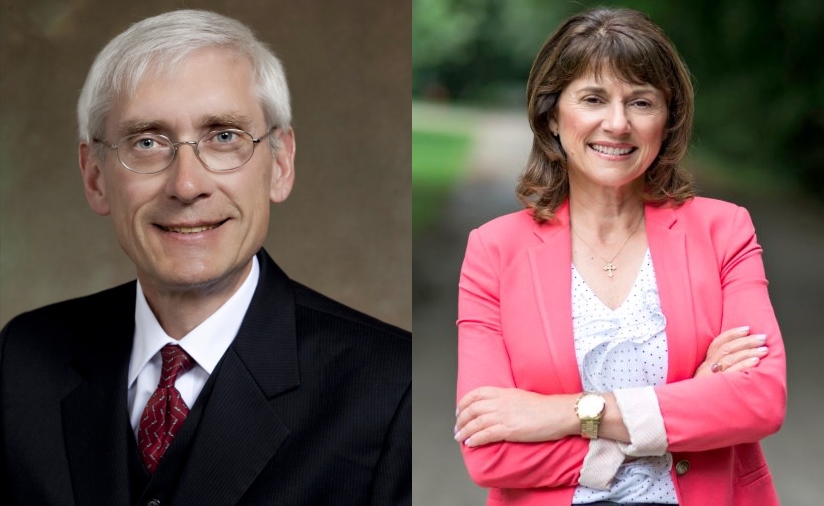 With the Aug. 14 primary less than a month away, state Superintendent of Public Instruction Tony Evers remained atop the Democratic primary field for governor in the latest Marquette University Law School poll.

The Republican primary for U.S. Senate was much tighter as state Sen. Leah Vukmir nudged ahead of former U.S. Marine Kevin Nicholson for the first time since Marquette began surveying the race.

The percentage of undecided voters was high in both races — 38 percent in the Democratic governor’s race and 30 percent in the Republican U.S. Senate primary. Both numbers are in line with previous Marquette polls.

“What’s not here in either race is a sudden big movement that would show people are tuning in and making up their minds yet,” said Marquette University pollster Charles Franklin.

In the Democratic primary for governor, Evers’ lead over the rest of the field grew compared to previous Marquette polls.

A total of 31 percent of Democratic primary voters said they’d back Evers, up from 25 percent in Marquette’s June survey and 18 percent in April.

Milwaukee attorney Matt Flynn, who polled at 5 percent, announced as the poll was being released that he would become the first Democratic candidate for governor to run a television ad. Flynn’s campaign said it would air in four markets, including Milwaukee, Madison and Green Bay.

In addition to the increase in Evers’ support, the percentage of voters who don’t know who they’ll support also went up from June to July.

Marquette’s sample size for the Democratic primary was 305 voters with a 6.6 percent margin of error.

In the primary for U.S. Senate, Vukmir continued what has been an upward trend since Marquette first polled on the race in March.

Vukmir edged Nicholson by a 34-32 percent margin, leading the race for the first time.

The number of Republican primary voters who don’t know who they’ll support remained steady at 30 percent in the U.S. Senate primary.

Marquette’s sample size for the Republican primary was 266 voters with a margin of error of 7 percent.

After slumping during much of 2015 and 2016 following his brief run for president, Walker’s numbers remained steady in this latest survey with 47 percent approving of the way he’s handling his job as governor and 45 percent disapproving. That was in line with Marquette’s last survey in June.

In the Senate, 41 percent had a favorable view of Baldwin compared to 40 percent who viewed her unfavorably, while 18 percent didn’t have an opinion.

“She’s been a shade underwater, now she’s a shade above water,” Franklin said. “All inside margin of error.”

Baldwin’s approval rating was 41-43 in the last Marquette poll.

One thought on “Poll Good News for Evers, Vukmir”