Spite Houses Around the World 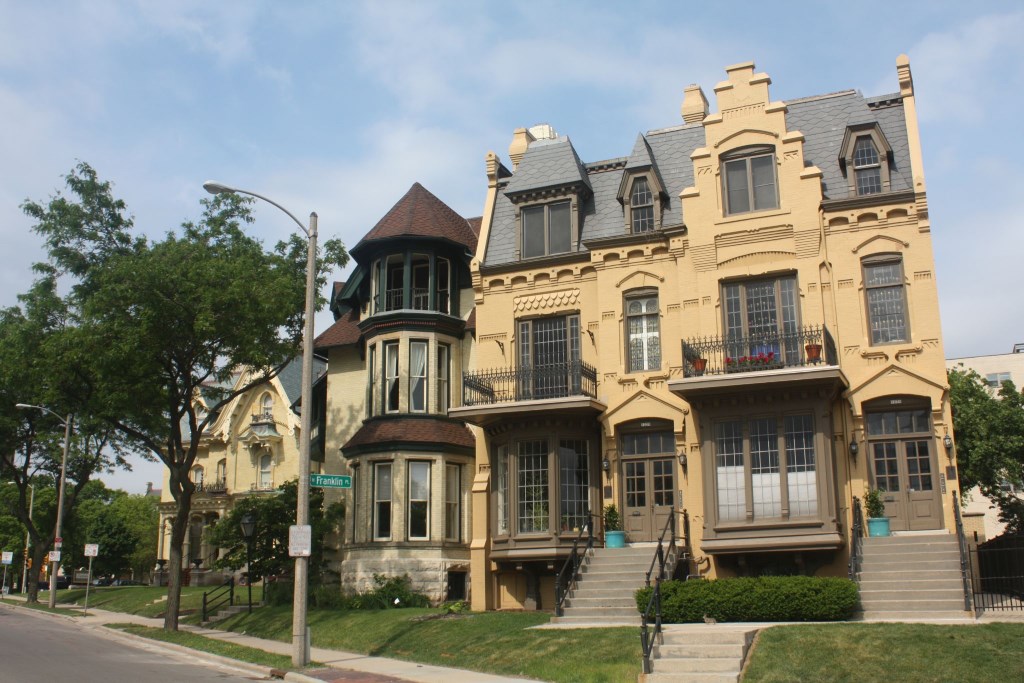 Hinton’s townhouse on the right, the spite house in the middle and Downer’s house on the left. Photo by Carl Baehr.

How to stop transit agency decline: In many cities around the country and the world, public transit is getting competition from all sides. Bikes, scooters, ride hailing and more make up a changing ecosystem of transportation. Congestion charging is a solution, but ultimately agencies should focus on helping cities figure out the best ways to get people around with multiple modes on a single pass. (The Economist)

Building out of spite: This piece highlights through photos a number of “spite houses”, places that were built to annoy and roil the people that lived next door or those that would evict them. There are examples around the world but my favorites are the small ones. (Guardian)

A local solution for displacement: Portland Oregon has is a pretty homogenous population with just 5.7% black residents. In order to protect the historically black neighborhood of Albina, a report by a local organization Right 2 Root has proposed a series of interventions that go beyond market based solutions and is led by citizen activists rather than architects and planners. (Curbed)

Central Park is now carless: After a half century of advocacy, Central Park in New York City is closed to cars. One of the first campaigns for the transportation advocacy groups TransAlt was to rid central park of cars. Incremental improvements had slowed car traffic in the park, but Mayor DeBlasio’s recent announcement on Earth Day heralded a complete end. (Streetsblog NYC)

Phoenix might never be the same: Alphabet’s Waymo is testing self driving vehicles in Phoenix and if they succeed the future will be much different than currently envisioned. The auto industry could change from selling cars to individuals to fleet management and drive throughs could change to self driving restaurants. A different future could be in store in ways previously unimagined. (MIT Technology Review)

People who are participating in the basic income pilot seem to have a renewed sense of hope and are beginning to dream about their futures,” he says. “Personally, I believe basic income will become the preeminent social policy imperative of the 21st century.

–Tom Cooper discussing the positive outcomes that have resulted from a universal basic income test in Hamilton Ontario. (Guardian)