By Ximena Conde, Wisconsin Public Radio - Jun 28th, 2018 10:18 am
Get a daily rundown of the top stories on Urban Milwaukee 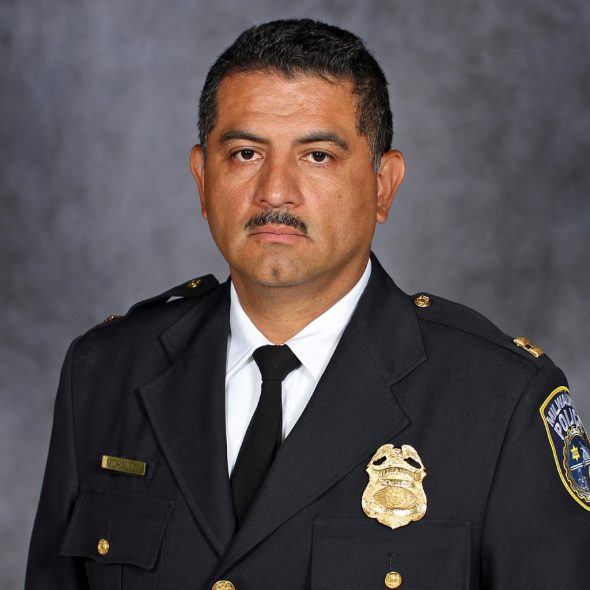 Milwaukee Police Chief Alfonso Morales says he continues to seek out community partnerships as an alternative to excessive policing.

Speaking Tuesday to members of the Rotary Club of Milwaukee, he said he would call his tenure a success if community-police relations improved and crime decreased in the city.

The Milwaukee Police Department faces a federal civil rights lawsuit from Milwaukee Bucks rookie Sterling Brown over a January arrest that started over a parking violation. Police body camera footage shows officers closing in on Brown, who was cooperating, as one officer shocks the professional basketball player with a Taser stun gun. In the lawsuit, Brown maintains the arrest was racially charged.

The city is also settling a class-action lawsuit with the ACLU of Wisconsin over the department’s stop-and-frisk practices. The lawsuit claims police were racially profiling African-Americans and Latinos.

And last August, a draft of a federal report said the relationship between police and the people they serve was fractured, prompting roundtable discussions and a promise from then-Milwaukee Police Chief Ed Flynn to follow through on report recommendations. Flynn retired in February.

But Morales said despite obstacles, his focus is to gain the public’s trust.

“Coming from a family of 10, don’t think that the police didn’t come to my house,” Morales said. “You know, I had a brother that liked to play with fireworks. He didn’t go to jail. The police officer walked into the house and spoke to my dad.”

He said those sort of interactions can’t happen when residents don’t know their local officers or when there’s a concentration of officers in high-crime neighborhoods practicing aggressive policing.

In February, Morales disbanded the Neighborhood Task Force, a group of officers sent to those areas. He said what he often heard in Milwaukee Fire and Police Commission hearings were law-abiding members of the public facing frequent police stops because their vehicle matched a certain description.

“When things go wrong — and we do, do make the mistake — is that family going to support the police?” Morales asked rotary members. “Most likely not because of their negative interactions.”

Morales stressed the importance of having partnerships with groups like Safe and Sound, which aims to create safer neighborhoods, and the Milwaukee Office of Violence Prevention, which works with residents and faith groups.

Milwaukee alders have been supportive of the department’s efforts and have encouraged residents to get to know their local officers. In Mid-June, Morales brought more than a dozen officers to a community event hosted by alders and local groups. Officers and residents were told to mingle.

Morales’ message has been welcomed by city leaders. But he’s also been widely criticized over the department’s lack of transparency in the fallout from the Brown arrest, many claiming the release of body camera footage took too long.