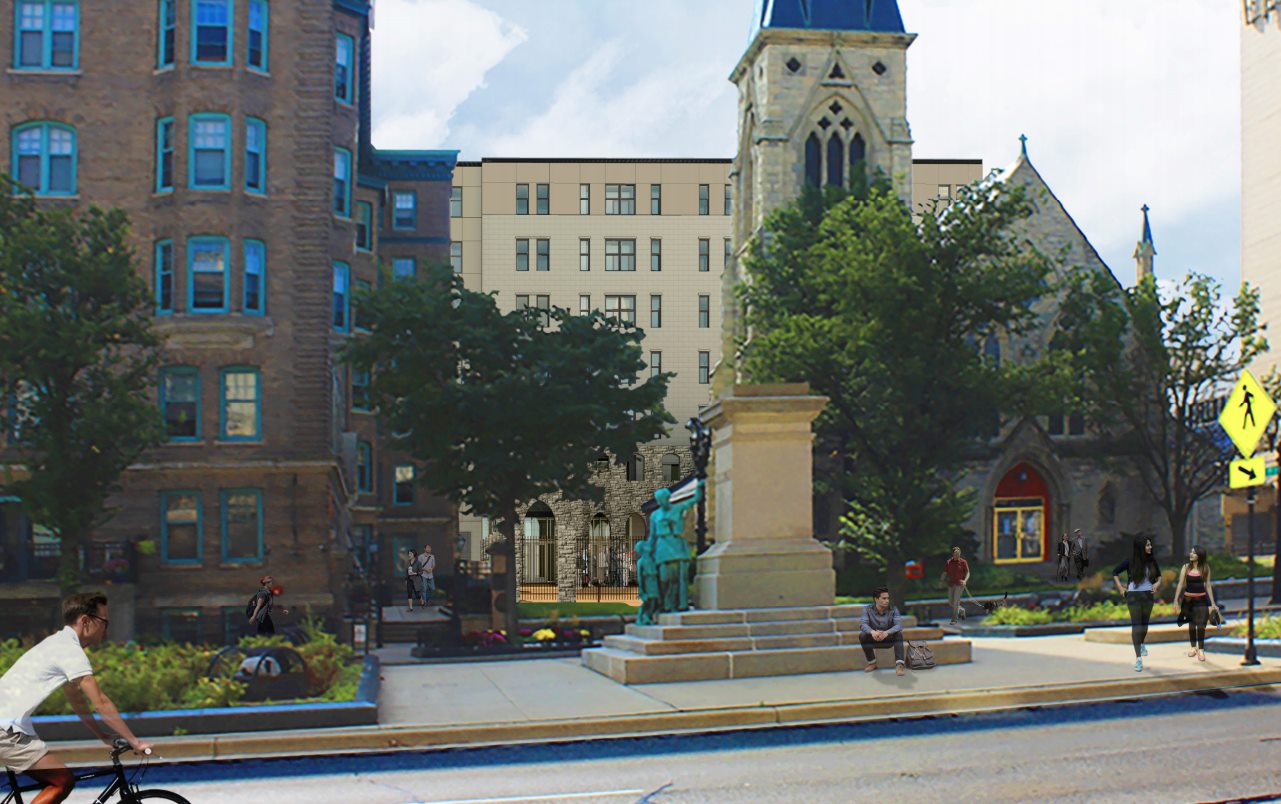 When Gov. Scott Walker changed the limit on historic preservation tax credits in his budget, it wasn’t just advocates that threw their arms up in furor.

The general consensus from anyone interested in historic architecture or buildings was that fewer would now be saved. And in the development world, it became clear less projects would move forward without that financing component that has been key for so many.

In late 2017 and early 2018 Joshua Jeffers brought plans before the city to tear down a parish connected to St. James church in order to build student housing. Now, as a few reporters wrote this week, he plans to save the parish. And it’s all thanks to those historic tax credits.

Since the state legislature raised the cap in February, many advocates of historic preservation and developers were able to breathe a sigh of relief. And this latest move by Jeffers is proof of why.

As Corri Hess of BizTimes reported, nearly a million dollars in federal and historic tax credits will be used by Jeffers on the project, which made it more financially feasible to save the structure.

Along with the tax credits, Jeffers is also raising funds through a small pool of investors with special interest in the project and as Hess reported, he credited the ingenuity of developer Juli Kaufmann, who has used this approach on her projects.

New Land Enterprises, LLC is adding plans for six story apartment building to its docket of development in the city.

This is the latest in a slew of residential projects aimed at Walker’s Point, a neighborhood New Land has already had a hand in developing.

Sean Ryan of the Milwaukee Business Journal reported that New Land wants to put the building in a vacant lot on the corner of S. 2nd and W. Mineral streets. The building would add another 42 units to the neighborhood.

Relative to some of New Land’s other current ventures, this project is modest, but likely in line with the area where its located. And it adds to an apartment boom in the city in areas like Bay View and Walker’s Point. Just take a look around. There has been no shortage of cranes in our city this past few years. And downtown there are skyscrapers being built, fully loaded with luxury apartments. It seems the developers and powers that be in this city are betting that Milwaukee sees an increasing demand for apartments.

Meanwhile the trend is quite different when it comes to homes and homeowners. There simply aren’t enough homes on market and as a result, home prices in the state are on the rise, as Wisconsin Public Radio reported.

As baby boomers begin selling more homes and millennials begin to covet single family homes rather than apartments, we may see big changes in the market for home and apartments. But maybe millennials don’t want the kind of life their parents had.

–Milwaukee Symphony Orchestra breaks ground on the Grand Warner Theatre, which could be boon to both the symphony and Downtown.