The Tasing of Adam Trammel

Controversial diagnosis at Issue in death of man tased more than 12 times by West Milwaukee cops.

By Hayley Sperling, WisContext - Jun 22nd, 2018 12:24 pm
Get a daily rundown of the top stories on Urban Milwaukee 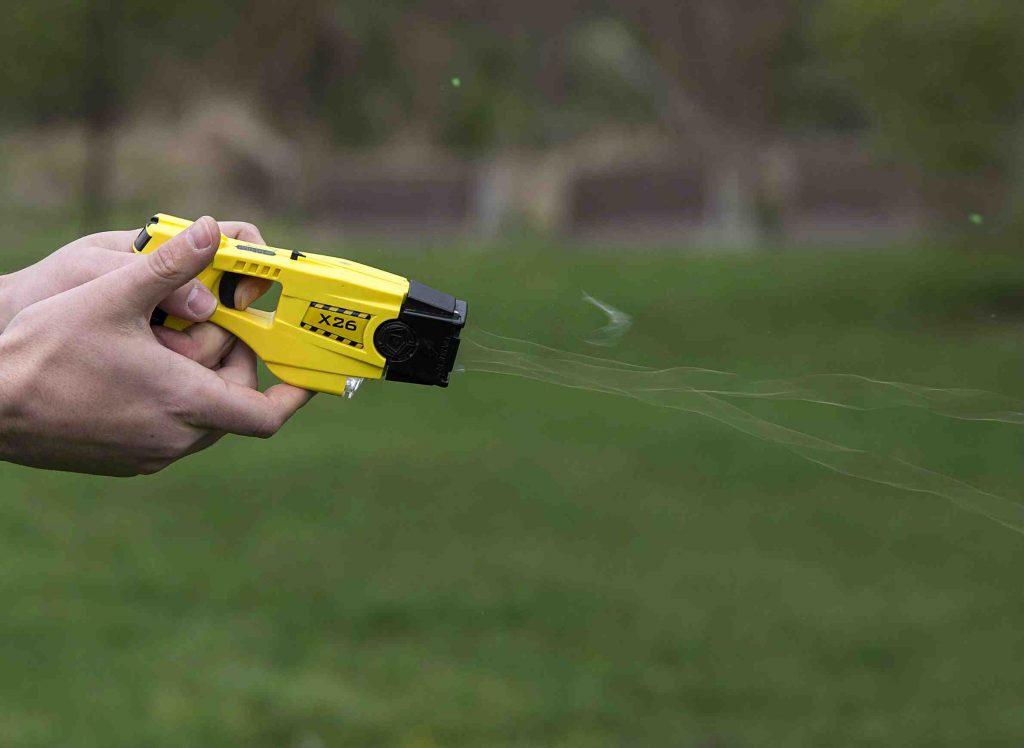 Adam Trammell wasn’t accused of any crimes when West Milwaukee police officers broke down the door to his apartment in May 2017. He didn’t respond to police attempts to speak with him. He was naked in the shower when two police officers tased him more than a dozen times in a period of less than 10 minutes. Trammell was given sedatives — ketamine and midazolam — following the tazing but stopped breathing and was declared dead at the hospital. The official cause of death: excited delirium.

The term “excited delirium” describes a physical and mental state that has been cited as a cause of death in dozens of officer-involved deaths across the United States in recent decades. Its symptoms include agitation, sweating, increased body temperature, unexpected strength and others. A diagnosis is typically associated with mental illness and drug abuse. However, excited delirium is not recognized as a condition by the American Psychological Association or the American Medical Association, nor is it listed in the latest edition of the Diagnostic and Statistical Manual of Mental Disorders.

In a May 4, 2018 interview with Wisconsin Public Television’s Here & Now, Milwaukee County District Attorney John Chisholm described it as “a significant and dangerous medical condition” that requires immediate attention.

Chisholm announced in April 2018 that the officers involved in Trammell’s death would not be charged with any wrongdoing, stating that they followed police guidelines in the incident. The district attorney also cited excited delirium as a contributing factor in his decision not to press charges.

“The medical examiner found that the cause of death was excited delirium,” he said. “That in and of itself takes the matter out of the realm of a homicide.”

The diagnosis of “excited delirium” was first used in the 1980s by medical examiners in Miami. It was used to describe patients who used cocaine and exhibited extreme discomposure before ultimately dying. However, the first descriptions of excited delirium date back to 1849, when a Massachusetts psychiatrist named Luther Bell described patients who displayed agitation and mania while in the grips of a high fever, then suddenly dying.

Deborah Mash, a professor of neurology at the University of Miami, told the Washington Post in 2015 that people with mental illnesses like schizophrenia and bipolar disorder are more prone to excited delirium. The physiological response to the state can result in body temperatures reaching past 105 degrees and extremely high heart rate, she noted.

In 2016, Mash published a medical journal article that noted the history of the diagnosis and discussed the role of dopamine, a neurotransmitter, in the physiological and mental states associated with the diagnosis of excited delirium.

“While the precise cause and mechanism of lethality remains controversial, the likely whys and wherefores of sudden death of [excited delirium] victims are seen to be ‘biological,’ since excessive dopamine in the brain triggers the manic excitement and delirium, which unabated, culminates in a loss of autonomic function that progresses to cardiorespiratory collapse,” she wrote.

However civil rights activists and medical professionals who consider the term to be essentially meaningless as a medical condition decry its use as an excuse to cover excessive force by police.

While Trammell exhibited some symptoms of excited delirium, like not responding to police commands, he didn’t show others, like extreme tolerance for pain, according to the Milwaukee Journal Sentinel. In fact, he called out in agony after police tased him multiple times.

When speaking with Here & Now about the excited delirium diagnosis, Chisholm explained that Trammell’s body temperature was an indication that it was important for the officers to respond quickly.

“In this particular case we learned, for example, that over an hour after he was deceased, he had a core body temperature of almost 104 degrees. Which would mean that at the time that they were encountering Mr. Trammell, he could have been up in the 107, 108 range,” Chisholm said. “And it’s medically dangerous if you’re anything higher than 103. So they had to do something.”

Excited delirium has become a controversial diagnosis in the 21st century. Critics claim that its increased use as a cause of death is at least in part attributable to Axon, a law enforcement technology company formerly named TASER International.

According to a Mother Jones article published in 2009, an Amnesty International report found there were 334 fatalities following Taser jolts in a seven-year period stretching back to 2001. In 69 of these cases, excited delirium was listed as a cause of death, about one-fifth of the total.

Robin Shellow, the attorney representing the Trammell family in a civil suit against West Milwaukee, took issue with excited delirium being cited as Trammell’s cause of death. In an interview with Here & Now, she said the Taser model used in the incident was known to have potential to cause cardiac-related death.

“At least as early as 2014, when the particular model of Taser that was used on my client was discontinued, every single police department that uses that model of Taser got a retraining memo saying that depending on the amount of electricity used or the number of times used, that it can cause cardiac death,” she said.

According to Slate, an official inquiry conducted by a retired Canadian judge in 2008 concluded that excited delirium was rejected in the medical community and often used to cover up actual causes of deaths in custody — particularly those that involve excessive force or use of Tasers. TASER International sued to have the findings discarded but ultimately lost its challenge. Lawsuits like these, however, have had a rippling effect on the law enforcement industry.

In a story about Taser-related lawsuits, Reuters reported that a 2011 survey of 222 medical examiners nationwide found “14 percent said they modified diagnostic findings due to the possible threat of litigation from Taser, and 32 percent said that threat could affect future decisions.”

A medical journal editorial published in the June 2018 issue of Forensic Science, Medicine and Pathology noted the controversy associated with excited delirium diagnoses, and reviewed the roles of associated factors like asphyxia, high body temperature and the effects of drugs in affected persons.

“Can excited delirium legitimately be used as a diagnosis?” asked author Roger Byard, a professor of pathology at the University of Adelaide in Australia.

He concluded that the term is appropriate in certain cases, but when other factors are at play in a death, such as drug use or excessive use of restraining force, listing the cause of death as “undetermined” may be a more appropriate option.

Why Was ‘Excited Delirium’ The Official Cause Of Death For West Milwaukee Man? was originally published on WisContext which produced the article in a partnership between Wisconsin Public Radio, Wisconsin Public Television and Cooperative Extension.