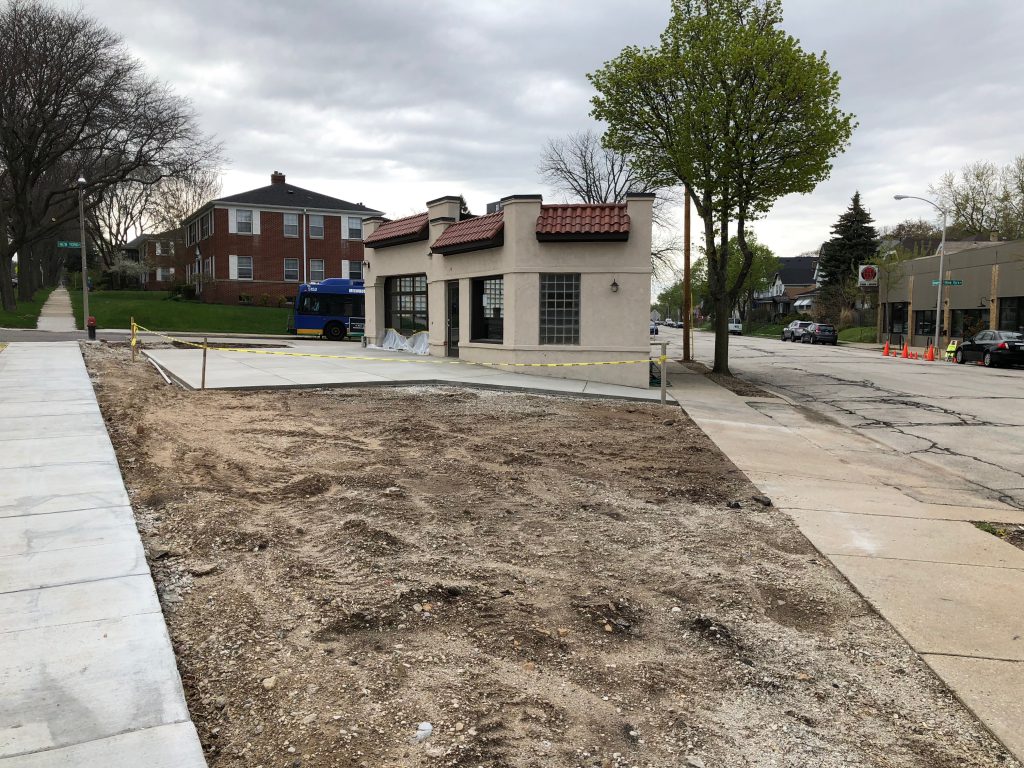 Those with a sweet tooth will be excited to hear about two new places opening soon.

In Bay View, Smallpie will be opening in July at 2504 E. Oklahoma Ave. The cafe will offer hand-sized pies, along with other sweets, beer, wine and more. Owner Valeri Lucks also runs Honeypie Cafe and Palomino in Bay View. Smallpie will rotate savory and sweet pie flavors that can be matched with a salad option. The cafe is a small 800-square-foot place, but has plenty of outdoor space to use in warm weather.

The Journal Sentinel’s Carol Deptolla covered the story and talked to Lucks about the sweeter items on the menu:

Lucks also is planning items like cinnamon rolls, triple-chocolate cookies, vegan banana bread, bagels and a cheese monkey bread served warm — it’s almost like a pull-apart grilled cheese, Lucks said. Sweet pies like apple and cherry can be heated, too. A la mode? It might happen…

Smallpie will have session beers by the bottle and wine by the can — “hangout stuff,” Lucks called them.

Meanwhile in Walker’s Point, a new place called Greige Patisserie is projected to open in late June at 408 W. Florida St. Owner Jessica Reinhardtsen wants to create a space for people who enjoy desserts and drinking on a night out. The cafe will serve pastries and Colectivo Coffee in the mornings and move onto cocktails at night. Greige will have space for about 25 customers.

She’ll also have fancier desserts that take their cues from classical French sweets — macarons, tartlets and layered confections, for instance, be they creamy (parfait-like verrines) or cakey (entremets).

Reinhardtsen, whose schooling was in interior design, said she values the look of a dessert as much as its flavor.

She likes playing with unusual ingredient combinations; one that customers might see is black sesame cake with matcha cheesecake, white chocolate mousse and crunchy feuilletine. Another that’s been popular with taste-testers, she said, is kiwi-lime tartlets; macarons combine flavors such as pink peppercorn with rosewater.

Kegel’s Octoberfest and the Public Table

Kegel’s Inn will host a new local version of Oktoberfest on August 24th and 25th. The outdoor street festival will take place outside of Kegel’s Inn and the restaurant is working on closing down National Ave. between 58th St. and 60th St. The event will include more than 60 vendors who work well with the Oktoberfest theme. Applications are currently being accepted for vendors and non-profits who would like to be a part of the celebration. Live music, raffles and the Friday Fish Fry by Kegel’s Inn are planned for the event so far.

The event will also be a kick-off for the new West Allis restaurant, Public Table at 5835 W. National Ave. The owners Christopher Kuranz, John Clark and Randy Brashier are focused on providing an affordable menu that features local and organic products, served at a communal table stretching across the entire place, where neighbors can gather to chat and enjoy meal together. And every meal sold will result in a donation to Hunger Task Force. Once open, Public Table will serve lunch, dinner and brunch on Sundays.

OnMilwaukee’s Lori Fredrich spoke with Clark about the restaurant’s offerings:

…they are focused on featuring accessible seasonal fare including a rotating selection of deviled eggs, tacos, sliders and flatbreads. There will also be a selection of “lagniappe,” little extra snacks that can be enjoyed by singles or couples upon arrival.

“We’re playing around with the idea of jarred salads,”he says, “And we’re working with Kettle Range Meats to create extra large three-to-one sausages, which we’ll feature as a rotating item with various toppings.”

Desserts are likely to include items like fruit cobblers, bread pudding and panna cotta, along with fun offerings like hard soda floats with Purple Door Ice Cream.

Zisters celebrated an early 7:00 a.m. grand opening yesterday. The new brunch spot is located at 13425 Watertown Plank Rd. in Elm Grove, which was formerly Penelope’s Restaurant. The space has a modern feel with white tables and high and low-rise black stools. The numerous windows provide natural light and the garage windows provide fresh air on nice days. On the back wall of the restaurant is a neon sign surrounded by flowers that reads “Champagne is the new coffee.” The drink menu offers a wide selection of champagne and bottomless mimosas for $15 on Sundays from 8:00 a.m. to 1:00 p.m. Siblings Gabbi and Betsi Zierath are behind the restaurant with their father, Dan Zierath. A patio with cafe lights, a fireplace and lounge seating is being planned as a new addition for late June or July.

Fredrich gives a preview of the breakfast offerings:

The breakfast menu is loaded with choices from appetizers like freshly made beignets ($7) which can also be ordered with chocolate sauce or fruit for an additional charge to Billionaire’s Bacon, thick-cut hickory smoked bacon that’s candied and topped with red pepper flakes ($8).

There are a variety of omelets (priced $11-13) as well as a build-your-own option starting at $8. There is also avocado toast ($11), chicken and waffles ($13) and a variety of bowls including an acai bowl with fruit, hemp granola, coconut and honey ($9), an herbivore bowl with two eggs, a choice of cheese, mushrooms, onions, spinach, tomatoes, peppers, potatoes and toast ($11) or a carnivore bowl with two eggs, ham, bacon, sausage, cheddar, potatoes and toast ($13).

Alderman Tony Zielinski posted an update of the property’s status on the Bay View Town Hall Facebook page. According to Zielinski, the location is to become the new site of Riviera Maya… The Alderman says renovations are scheduled to continue in the space until August 1.