A masterful composition and a piece of music that has influenced modern society. 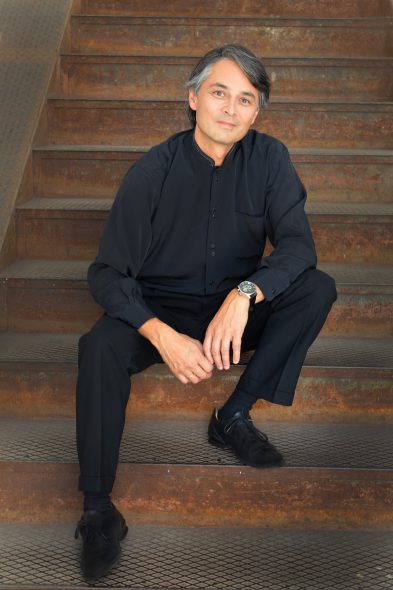 His choice of texts for the eighteen-minute oratorio dwells on the themes of musical and political harmony. Its message is as timely as it was at the premiere 53 years ago.

The eminent scholar of Jewish music Neil W. Levin has noted that, “In addition to its recurrent renditions simply as a choral work on its own purely artistic merits, Chichester Psalms is often programmed with the explicit aim of illustrating a nexus between Christian and Judaic liturgical traditions that flows from their common reliance on the biblical Book of Psalms.”

Chichester Psalms incorporates the text of six Psalms and grows from peaceful to agitated, from a dance through what Bernstein scribbled in his notes as “protest” and which he later described as “crisis” and “tension” ending with “a prayer for peace.” The final movement sets Psalm 133, which proclaims, “Behold, how good and how pleasant it is for brethren to dwell together in unity!”

Never a stranger to politics or controversy, Bernstein delivered a talk at his alma mater Harvard University in 1986 in which he mused of the political question of unity. He asked, “Is there truly an enemy, a serpent, devil, PLO terrorist, Libyan hit-man . . . Is there really? Or do we create him?”

Musically, the work echoes the symphonies and ballets of Aaron Copland and Bernstein’s own West Side Story and Candide, as well as music he composed for an abandoned musical interpretation of Thornton Wilder’s play The Skin of Our Teeth. Bernstein augments the percussion section with bongos, xylophone, glockenspiel, tambourine, triangle, wood block, whip, rasp, and temple blocks. The text is sung in Hebrew.

Rev. Walter Hussey, Dean of Chichester Cathedral in the southeastern county of Sussex, England, had asked for just such an eclectic and modern piece for the 1965 Chichester music festival. Hussey told Bernstein that the Bishop of Chichester commented that the musical setting “brought home afresh the meaning of [the Psalms], joyous & ecstatic & calm & poetic.”

The major work of the weekend program is Beethoven’s Ninth Symphony, inextricably linked to Bernstein after his famous performance in Berlin on December 25, 1989. Commemorating the demolition of the Berlin Wall and the reunification of Germany in November 1989, Bernstein conducted the Ninth Symphony in the neoclassical Concert House, Berlin. The united choirs from East and West Germany joined in the celebration. For this performance, Bernstein famously and controversially changed Friedrich Schiller’s wording of the final “Ode to Joy” to become an “Ode to Freedom.”

The concert opens with Fanfare for the Uncommon Woman by American composer Joan Tower, written, appropriately enough, in the years of change when the Berlin Wall was being dismantled, 1987-1993.

Beethoven’s Ninth Symphony will be performed on Friday, June 15 and Saturday, June 16  at 8:00 p.m., and in a Sunday matinee at 2:30 p.m. on June 17. Performances take place in Uihlein Hall at the Marcus Center, 929 N. Water St., Milwaukee. Program notes are available online. Tickets are available from the Marcus Center for the Performing Arts by calling 414-273-7206.