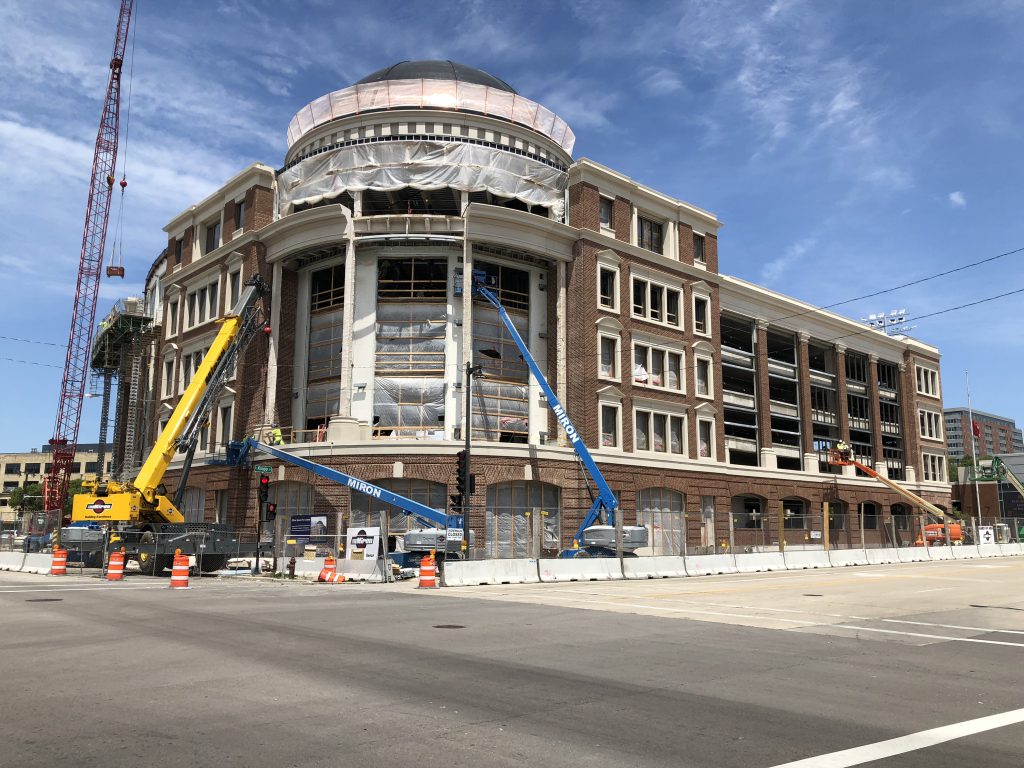 The facade of the Hammes Company‘s new headquarters is being installed, including the signature copper dome. The Brookfield-based healthcare real estate development firm will relocate to the city when the building is finished later this year.

Workers from Miron Construction and a host of subcontractors are hitting the home stretch on building the five-story, 94,000-square-foot building.

Since we last covered the project the company has picked up a major new account. Hammes is leading the master planning of Foxconn’s new $10 billion factory campus in southern Racine County. 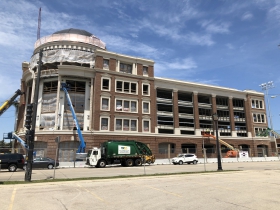 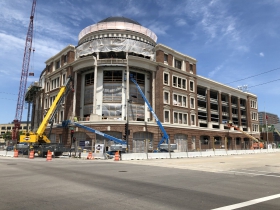 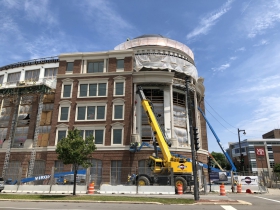 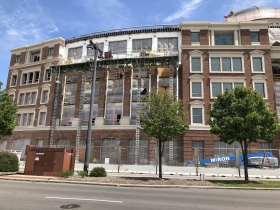 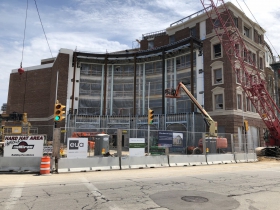 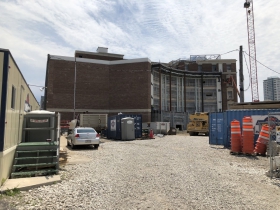