Milwaukee-based photographer captured a golden age. Excerpt from new book. Back to the full article.

The Beer Line at Schlitz Brewing 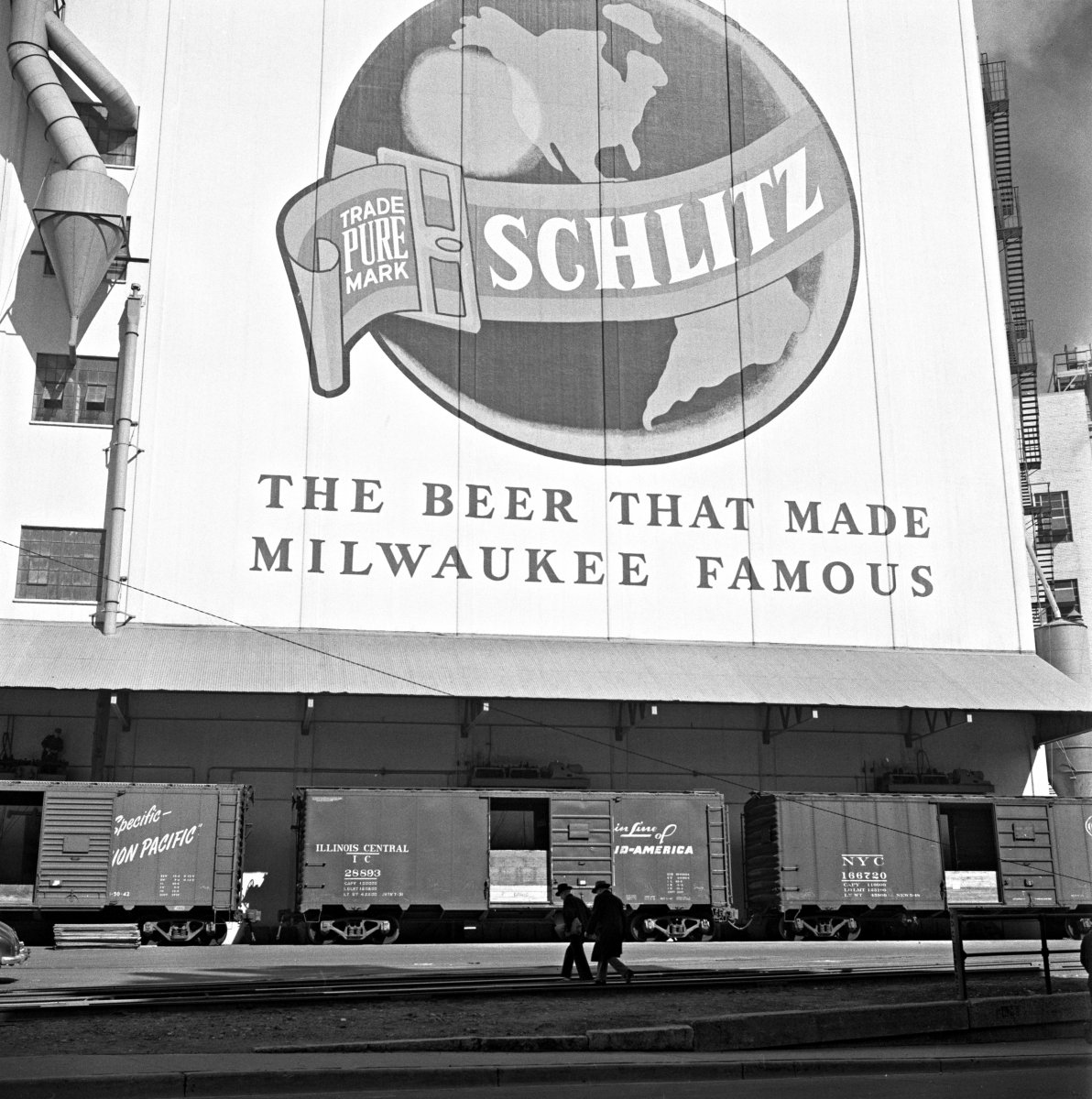 Union Pacific and New York Central boxcars spotted for unloading at the Schlitz brewery in Milwaukee, Wisconsin, on April 7, 1952. A Milwaukee Road line that wound through the north side of the city reached the Schlitz brewery. It also served the Pabst and Blatz breweries via team tracks, leading to its nickname, “The Beer Line.” Both grain and hops arrived by rail. Photo by Wallace W. Abbey.