Fair Housing Work Is Not Done

Discrimination in housing still an issue in metro Milwaukee. 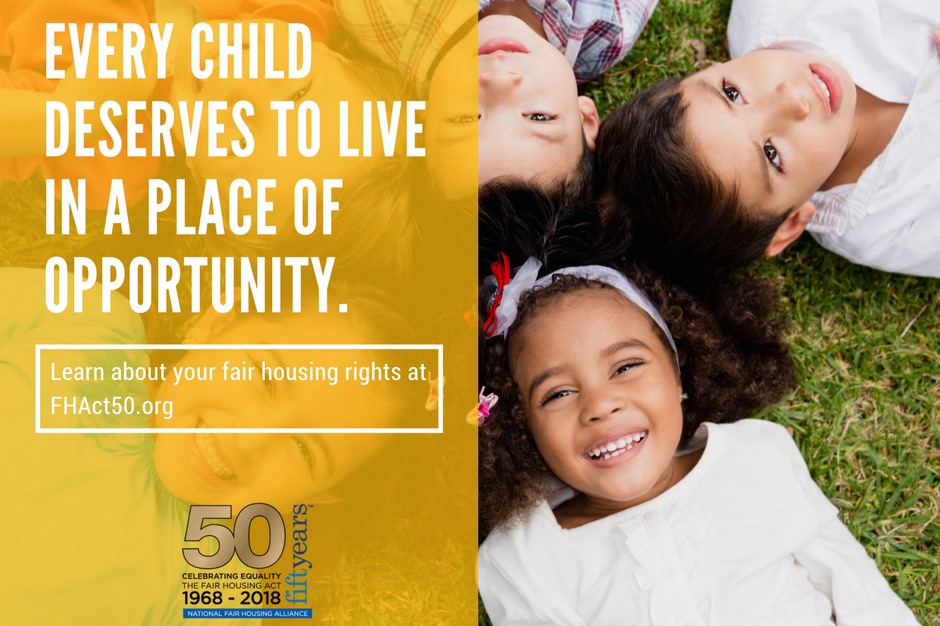 Every child deserves to live in a place of opportunity.

Fifty years ago last week, the federal Fair Housing Act was signed into law. It represented a giant stride forward in our nation’s protection of basic civil rights, and it was paid for by the blood and sweat of tireless men and women who worked long and hard for it.

These activists are rightfully heralded as heroes and heroines today, but let’s also remember that they were ordinary human beings — human beings like you and me, who understood that if they didn’t stand up for our national ideals of equality and freedom, nothing would change. Can you and I say the same about our own work? Are we living up to the legacy of those who have gone before us, or does inaction mean that we support the status quo, which is still rife with injustice? As we look at American communities today, another question prods us, as well: how much has really changed?

While it’s clear that we’ve seen some measures of improvement, it’s also painfully obvious that the goals of the federal fair housing law — to promote integration and to end unlawful discrimination in housing — have not yet been achieved. Metropolitan Milwaukee remains one of the most racially segregated urban areas in the nation. Of all major metropolitan regions in the US, metropolitan Milwaukee African-Americans have the lowest suburbanization rate.

Further, while some unlawful housing discrimination still happens in an overt fashion, much of it has become extremely subtle and difficult for home seekers to detect. Today, housing discrimination happens in ways that are deeply systemic, and embedded within large institutions — for example, in credit scoring systems, and the ways financial institutions maintain and market foreclosed homes in predominately minority communities compared to their practices in mostly white areas.

Some see our level of progress as acceptable, and observe the decrease in overt discrimination with some satisfaction.

But can we say it’s acceptable when:

Back to my earlier question: Are we making positive change, or does inaction mean that we support the status quo, which is still rife with injustice? At the Fair Housing Council, we fight hard, every single day, against the status quo. But we can’t do it alone. The scope of housing discrimination is so vast that each and every one of us who purports to care about equality must become involved in this work.

Each one of us has the opportunity and ability to influence the direction the pendulum of equality swings. There are hundreds of ways to do this, of course. I offer you seven:

Together, I know our cumulative efforts can become a groundswell — we can make meaningful, long-term change. But it requires that each of us takes responsibility and then takes deliberate action. We can do this. The health of our communities and the creation of a more just, equitable world depend upon it.

William R. Tisdale, president and CEO of the Metropolitan Milwaukee Fair Housing Council, writes that the goals of the Fair Housing Act — to promote integration and end unlawful discrimination in housing —have not been achieved, 50 years after the act was signed into law.