The House Where Addicts Die

Five overdose deaths in eight months at a West Side transitional living center.

By Isiah Holmes, Wisconsin Examiner - Apr 18th, 2018 11:06 am
Get a daily rundown of the top stories on Urban Milwaukee 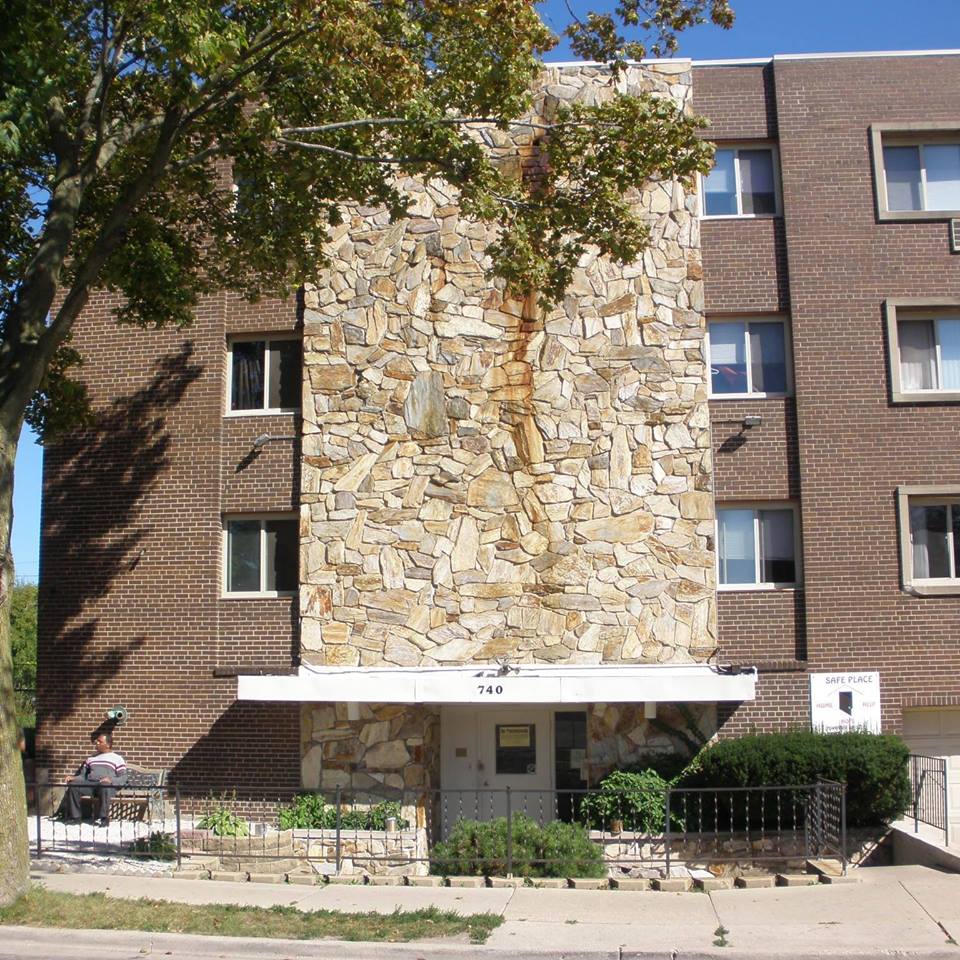 On January 10th, 2018 Milwaukee counted one of its first heroin overdoses of the year. But 27-year-old David Bray IV didn’t die on the street or even in his own home. He died inside a transitional living facility, or halfway house, called Our Safe Place. Bray’s death was the fifth that’s occurred inside a little-known facility which, Urban Milwaukee has found, is operating illegally without city permits.

Our investigation began with Milwaukee County Medical Examiner documents obtained for our story examining the opioid crisis impact on county zip codes published last month. As we sifted the list of 344 Milwaukee County drug-related deaths, one address appeared four times: 740 N. 29th St. Although this is listed online as the address for Our Safe Place, a half-way house for people on rehabilitation, from the outside the building looks like an ordinary apartment complex.

Bray, the last known person to overdose there, first arrived to Our Safe Place on December 7th 2017. On January 10th 2018, 33 days later, he was found unresponsive by his roommate. A Milwaukee police investigative report obtained by Urban Milwaukee describes the unit as “dirty, unkempt, and slightly cluttered.” The report states the small unit “contained a kitchen, living room made into a bedroom, bathroom, and single bedroom.” Officers recovered paraphernalia from the bedroom “behind the bed near the wall” and “in a box along with a plastic water bottle cap,” the report noted.

Bray was mourned on social media by numerous friends and family, who  remembered him as a caring person. Attempts to contact members of Bray’s family were unsuccessful.

Bray’s death was preceded by four other overdose deaths at Our Safe Place, all in 2017: the fatalities include Trevor Stricklin, aged 28, who died on January 1; Matthew Hall, 52, on June 17; Kevin May, 50,  on July 6; and Tobias Kostowicz, 28, on August 21. The deaths mostly involved heroin, though fentanyl, cocaine and morphine were also detected in autopsies of the dead.

Information about Our Safe Place is very sketchy. It had a website at one point but the link to it is broken. It has a Facebook and Google profile, which provide little information. Founded in 2005, the facility charges $350 a month for program fees and doesn’t provide actual treatment. Our Safe Place states that residents have a curfew, and must stay off drugs while there, and are welcome to stay as long as they desire. One positive reviewer on the Google profile claimed to be a resident for 10 years at Our Safe Place.

Urban Milwaukee contacted District 4 Alderman Robert Bauman, in whose district the facility is located and he had never heard of it. Bauman knew the apartment complex where it is located, but did not know it housed a transitional living center. He was also unaware of the five overdose deaths that occurred there. In response to Urban Milwaukee’s query, he sent Board Of Zoning Appeals inspectors to the home, who confirmed a “transitional living facility” was indeed operating there without permits.

“Since they hold no such permits,” the alderman tells Urban Milwaukee, “they are effectively operating illegally.” Bauman says his office checked back the prior 20 years and found Our Safe Place was never licensed. As a result, the city has now given Our Safe Place 30 days from March 27, 2018 to obtain proper licenses or shut down.

Remarkably, the facility reportedly still maintains an active waiting list of 90 people who want to live there. So, how exactly did Bray and others find their way to an illegally operating living facility?

Rafael Mercado, the activist who created the Milwaukee Heroin Diaries Facebook page, says such facilities are usually found through word-of-mouth. Similar transitional living facilities can be found in other Milwaukee neighborhoods. Although some have good intentions, Mercado says that “unless their monitored, they’re kind of free to do whatever they want.” The average monthly cost to live in these places is around $350-$400, but what residents get in return is questionable. Many, like Our Safe Place, provide a place to live, but not treatment. As a result, “they just seem like a safe place to do drugs,” Mercado says.

After losing four cousins in nine months to overdoses, Mercado wanted to bring awareness to Milwaukee’s epidemic. The organization’s goal is to support Milwaukee’s addicted population, while confronting the city with the stark realities of the opioid crisis. Since beginning Milwaukee Heroin Diaries, Mercado has wanted to shine a spotlight on facilities like Our Safe Place.

“I think they’re a big hustle,” he tells Urban Milwaukee. He notes that city oversight over transitional living facilities has lagged far behind their rapid expansion. A building or house can be bought and then converted to accommodate as many people as possible to maximize profits.

And the result: “People are overdosing, they’re still using drugs, they’re still committing crimes,” Mercado says. Facilities focusing more on profit and less on treatment, he charges, “are taking advantage of a situation, of a hardship for all these addicts.” If left unchecked, he fears these will become popular cash cows in neighborhoods where the opioid crisis is at its worst.

Urban Milwaukee made repeated attempts to contact representatives of Our Safe Place, but the calls were not returned.

Concerns about the facility were also expressed in online reviews of the Our Safe Place Facebook Page. “If you’re going ‘cause of a court order you’ll get by,” a reviewer named Kilk Mannington wrote. “If your going for straight help good luck their mind is on the money…” When Our Safe Place gave itself a 5 star review, Mannington blasted the post, saying “The place is infested with bed bugs and the staff… with no integrity,” while calling it “a death trap” and citing three overdose deaths.

When contacted by Urban Milwaukee, Mannington said he stayed at Our Safe Place after being transferred from another facility, Matt Talbot Treatment Center. Mannington says he believes the deaths at Our Safe Place “could have been prevented.” He says anti-overdose drugs like Narcan were available but weren’t used when needed, and that basic things like paying attention to a resident’s mood or searching their belongings didn’t happen at Our Safe Place.

The three overdoses “were very intellectual men with a good sense about them”, Mannington recalls. They were “very good men, there was no good or even justifiable reason for their deaths.” Some of the dead, he claims, “rotted in their rooms for three days minimum with no one checking on them.”

Mannington feels those in charge of Our Safe Place “are not well trained or fully educated to oversee a building of this magnitude… It’s not professionally run, there’s no doctor present whatsoever.” Mannington also says the workers at Our Safe Place weren’t drug tested alongside residents when medicines came up missing. This, along with a lack of cameras in key areas of the building, made him question the level of security at the facility.

Facilities with drug addicts, Mercado notes, can quickly evolve into distribution points for drugs. Other states, particularly Florida, have struggled with similar rehab-focused facilities with questionable records. Providing systematic oversight of these facilities, Mercado stresses, is a major step in the right direction. Without it, patterns like what happened at Our Safe Place will persist throughout Milwaukee.

Update 1:40 p.m. April 18: Andy Liss, program manager for Our Safe Place, called to complain about the story. “We never claimed to provide services to people,” he says. “We claim to be a residential housing provider for men in recovery from drugs and alcohol. We provide no treatment here. These men are quite literally homeless. We’re trying to help the opioid epidemic.” However, in its mission statement on its annual federal tax form, Our Safe Place notes “it is a place where residents demonstrate a readiness and willingness to return to work our school, under the care of trained professionals and supportive staff.”

Bonnie Liss, the mother of Andy, is the facility’s executive director. As for why the program has no website, he says “we operate on a razor-thin budget.” As for why the facility isn’t licensed with the city, Liss says Our Safe Place merely rents out apartments. “We do not provide services.” But when asked how five people died of drug overdoses in eight months, he noted that Our Safe Place does do random drug tests, but these users were apparently not detected.

20 thoughts on “Opioid Crisis: The House Where Addicts Die”