By Elizabeth Baker, Milwaukee Neighborhood News Service - Apr 10th, 2018 10:04 am
Get a daily rundown of the top stories on Urban Milwaukee 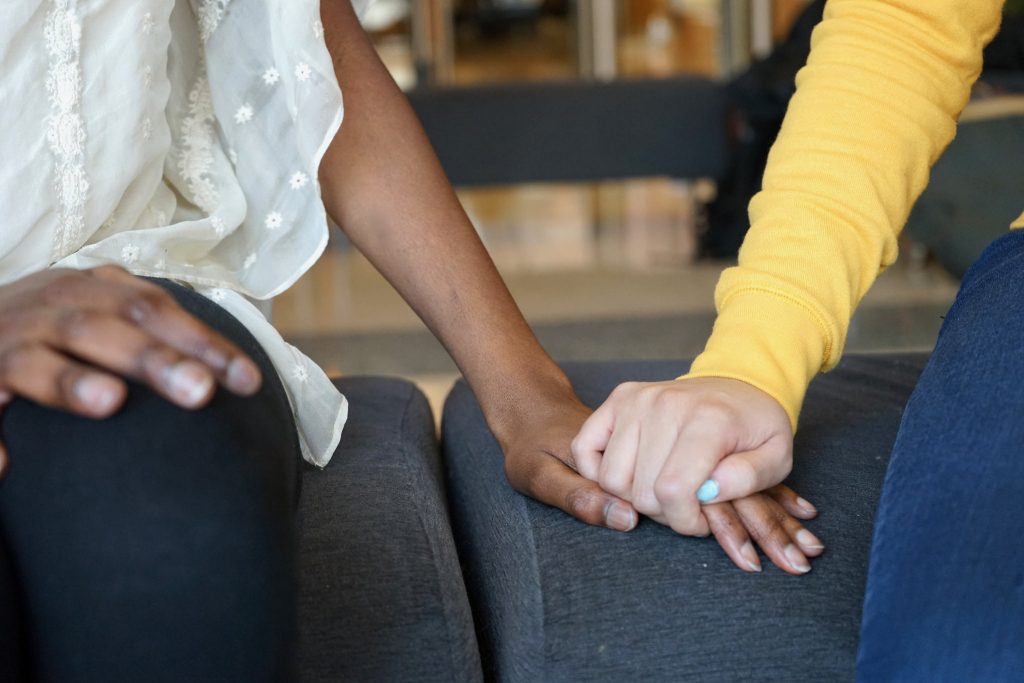 Workplace sexual assault victims say that discussing the issue with others who have endured a similar experience can help with the recovery process Photo by Adam Carr.

The #MeToo movement has fostered strong support for women who speak out about their experiences of workplace sexual assault and has emboldened some companies to rethink their harassment policies. As victims attempt to recover both personally and professionally, however, guidance and support are hard to come by.

Psychologists have found that victims often suffer stress, depression, anxiety and post-traumatic stress disorder as a result of sexual assault or harassment. These incidents – particularly when they occur early in an individual’s career — can cause long-term depressive symptoms.

“We try to compartmentalize things into different boxes in our minds, but that’s not how our bodies work,” explained Simmone Stovall, a healing counselor with Aurora Healing and Advocacy Services. “Our neurobiology says the things that affect me at home, I do carry with me to my work,” and vice versa. 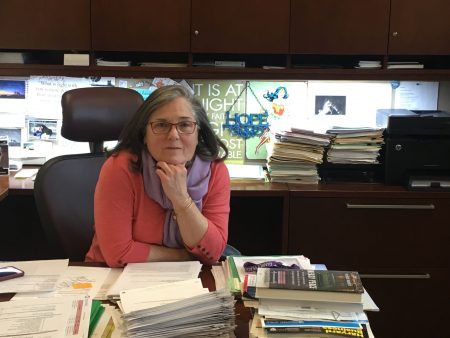 She said she has noticed recently that women who have experienced sexual harassment seem more interested in participating in support groups or talking about it with other women. They want to connect with others who are suffering without having to go through a formal legal, human resources or psychotherapy system. There is healing power when women start to talk and realize that what happened to them has happened to others, too, Stovall said. It helps them overcome anxiety, stress or depression that occurred as a result of the incident.

Aurora Healing and Advocacy Services serves anyone recovering from an experience of sexual harassment or assault, offering individual counseling and support groups at its Healing Center in Walker’s Point. Stovall, who practices at the Sojourner Family Peace Center, said she tries to help victims understand how the shame, guilt and trauma may be affecting them. She helps patients address the question, “How I can go back into the world and make a slightly more positive outcome for myself by learning more about what happened in my past?”

Sojourner deals with all forms of sexual harassment or assault, said Carmen Pitre, CEO and executive director. The staff offers psychological and legal support, and talks to people about how to ensure they feel safe going forward

“Anyone who has been hurt can come to us to not be alone and to be helped,” Pitre said.  An incident of workplace harassment or assault can affect other parts of that person’s life in a complex way, she explained. “It is part of multiple incidents that can happen in a person’s life. They will often have trouble at home, in their past and at work when they’ve been hurt by someone.”

“I think the value of the Me Too movement, like all movements, is that it gives people permission to come forward, and I hope that that continues to happen,” added Pitre.

One Milwaukee woman who shared her experience of sexual harassment and assault while working as a caregiver at a small group home several years ago said it would be beneficial to create specific counseling or therapy for people recovering from workplace harassment or assault. 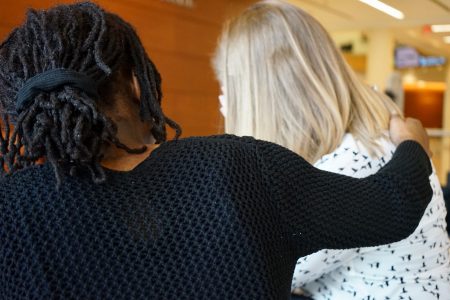 Local advocates say that since the #MeToo movement, women who have experienced sexual harassment seem more interested in participating in support groups or talking about it with other women. Photo by Adam Carr.

“A support group, or something like that, would be a very valuable service to women or persons going through these situations who are afraid to talk to their loved ones or don’t have anyone around to confide in,” said Ashley (not her real name).

Ashley said she knows there are services available to help people through these situations, but she thinks they need to advertise their resources better.

“They don’t do a good enough job of letting people know what they can do to help,” Ashley said.

Hearing stories from other women at an event hosted by 9to5 Wisconsin a few months ago inspired her to talk about her experience for the first time. She said sharing her story empowered her to acknowledge how the experience affected her, both personally and professionally.

“You leave it buried for so long that you don’t know how much it still affects you and still hurts,” she said.

The stigma surrounding workplace harassment and assault hinders the process of recovery, said Jen Dirks, president and CEO of TEMPO Milwaukee. An organization of local women in CEO, executive and leadership positions, TEMPO conducted a survey of its members last December and found that 68 percent of respondents had experienced sexual harassment in the workplace. Nearly one-third stated they would not report or were unsure if they would report blatant sexual harassment if it happened tomorrow, fearing repercussions, career damage, not being believed or embarrassment.

The survey sparked conversation about workplace harassment among members, Dirks said. “Even at our holiday party, right after the survey was issued, several women came up and started talking about it, saying, ‘The same thing happened to me,’ or, ‘I’m so sorry that happened to you,’ or ‘Did you report it?’ It becomes this community of reporting out what has happened to them.”

TEMPO has continued the conversation with a few community panel discussions. Members also have the opportunity to be part of “mentor circles,” small group meetings where they can talk about issues they face in a safe, honest and confidential setting.

Dirks said the anxiety women often feel about talking about their assault “makes it harder to find kindred souls.”

For Ashley, finally talking about what happened to her was a breakthrough. “It’s interesting what can happen to you when you’re surrounded by people who have experienced the same thing,” she said. “It helps you own it, claim it and start your recovery.”