The Meeting of Two Worlds

David Bloom, co-artistic director of New York’s Contemporaneous Ensemble, returns to Milwaukee this Saturday to conduct a Present Music concert, Between Two Worlds. The “Worlds” in this case are those of contemporary classical music and folk music.

Folk musicians and writers, of whatever tradition, learn from others — experiencing the heart of the music in performance. What is written is less important. Collaborative performances are transformed through improvisation with each event. But western classical music has been for several centuries in more of a straight jacket. Fully scored works are expected to be followed faithfully by performers. Abstract ideas of form often dominate impressions, personal statements or tradition.

This program explores the result of compositions written for classical chamber ensembles exploring contemporary directions in music, but informed by more traditional — folk — sources. As Bloom points out, composers are incorporating “from their upbringing, the music they love the most,  and often that is not Mozart or Stravinsky, but Hall & Oates or the ‘san nos’ (old style) traditions of Ireland or Polynesian polyphonic vocal music.”

Some of the music selected has been composed in the style of contemporary classical music, but informed by rhythms, sounds or musical fragments from folk traditions. Others seem more familiar, with tunes and lyrics that would fit in at an Irish Fest or American bluegrass concert. The common thread is that most selections can not be exclusively assigned to either world, but represent a melding of influences — a new synthesis. 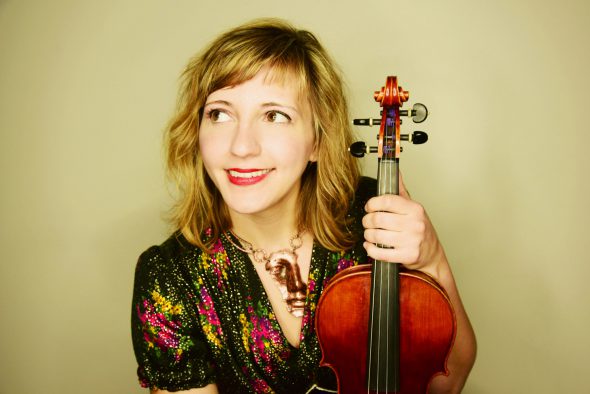 The concert features Sarah Goldfeather, a native Minnesotan singer, violinist and songwriter. She leads a “bluegrass quintet that has morphed into a rock trio,” as her bio notes. She will bring voice and violin, but not her band members for the Milwaukee concert.

Goldfeather has been commissioned by David Bloom’s Contemporaneous to write a song cycle arranged for a classical chamber ensemble. Milwaukee will benefit from the world premiere of two of the songs from that project. Such arrangements change the sound, but not the style inherent in her works. Goldfeather’s lyrics are as important as her melodies, as she explores the introspective side of life’s personal dilemmas, what she refers to as “the miserable and distorted thinkings surrounding the end of a relationship,” “a feeling of falling and being unable to move” and “listlessly watching your own life pass by.” She will reprise a current work, Greasy Glass, which can be heard in its original setting here.

Daniel Trueman draws inspiration for classical composition from his Irish roots. His work, Orton’s Ode, is dominated by the sound of strings (notably a Norwegian Hardanger fiddle), a rising energy through repeated verses without words and tunes that seem vaguely familiar. A second work, Symphony of W’s, features a movement inspired by a tune written in Irish folk style. 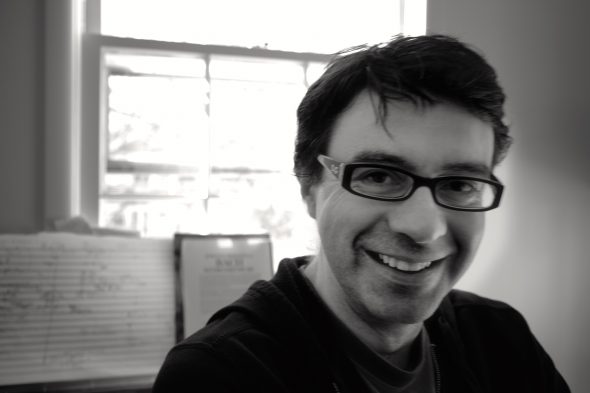 Donnacha Dennehy began writing contemporary classical music in a more “universal” avant garde style, as he put it, but now works to incorporate influences of his Irish roots. Inspired by “san dos” music, he wrote the work “As An Nós” not as folk tune, but as classical music informed by the ornamentation, patterns and rhythmic style of Irish folk music. His work is driven by a complex rhythm introduced simply, as with a chaconne, that provides a pulse throughout the work.

Annnika Socolofsky‘s work, A Sense of Who, leaves an even more transformed recall of Irish folk music. Slow drones and long glissando sections leave impressions, but not any specific connection, let alone efforts to quote directly from their inspiration.

Dylan Mattingly, co-artistic director with Bloom of the Contemporaneous Ensemble, writes music informed by impressions of place as well as the influences of American folk music. Mattingly takes poetic license with his program notes. They state: “Lighthouse (Refugee Music by a Pacific Expatriate) is black window music for when too small thunderstorms sing against vast vast humidity and storm lights flash mutes beneath starships …” It’s the sort of description that could have been offered by Alan Ginsburg to “help the listener to be in a mental/ emotional space,” Bloom muses. The trajectory of the composition recalls foggy mornings in San Francisco that fade away as the music moves from density to clarity. Bloom notes that a quote from Bob Dylan is buried within the work.

It seemed odd to me to view a video of Mattingly’s work performed by a string quartet with an active conductor. But the energy, rapid changes and highly synchronized score make this necessary. Here, the improvisatory character of the work is in the hands of the conductor, not a quartet of strings in conversation.

This will be David Bloom’s third appearance as guest curator and conductor at Present Music, and will blend some of his experiences with his New York ensemble, Contemporaneous, with the practiced flexibility of the Present Music ensemble. Milwaukee benefits from this cross-fertilization importing not only compositions but fresh perspectives on contemporary trends.

Moved to hang out a little longer? An after-party will include live music and projections, cash bar, and a “unique photo opportunity.”

The last Present Music concert of this season returns to Lynden Sculpture Garden on June 23. The audience will meander among the sculptures surrounded by sounds of nature and nature-inspired music.