By Gretchen Schuldt, Wisconsin Justice Initiative - Mar 19th, 2018 10:46 am
Get a daily rundown of the top stories on Urban Milwaukee

Intimidating a victim /  witness cases jumped to 100 cases last year, a 69 percent increase from the 59 cases filed in 2016.

Substantial battery cases were down by 56 cases, or 25 percent, but that decline was offset by a 46-case, 72 percent increase in felony battery.

The figures do not reflect the total number of charges, but the top charges. A single case may include multiple charges, with the top charge the most serious.

The number of weapons / explosives cases listed by the state is incorrect and should be significantly higher, District Attorney John Chisholm said. 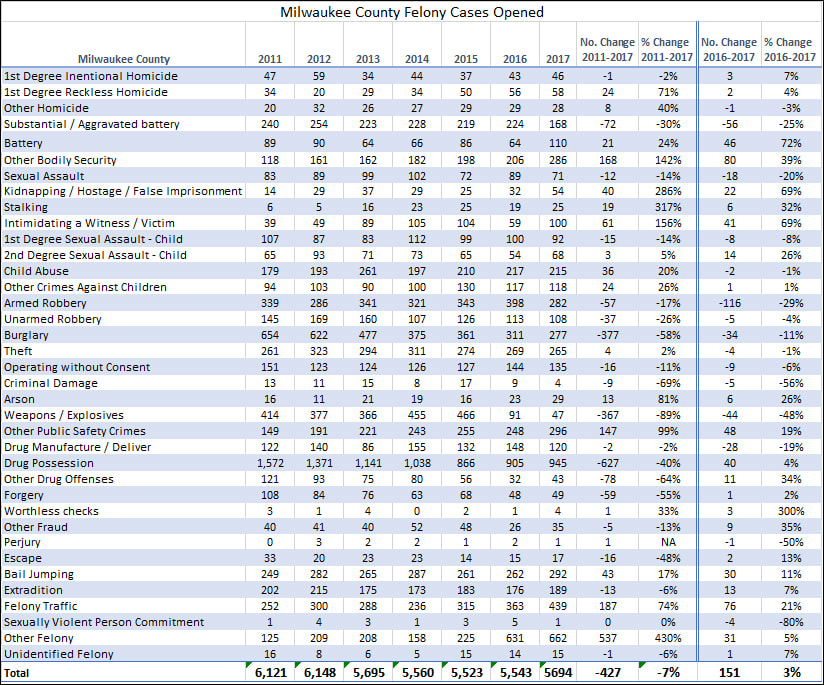 Prosecutions are a result of police referrals to the district attorney’s office. Felony referrals fell by 10.4 percent from 2011 through 2016, according to figures Chisholm provided. The number of felony cases opened fell by 9.4% over that same time period, according to the state statistics. 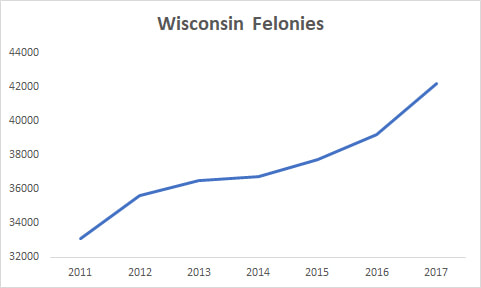