By Edgar Mendez, Milwaukee Neighborhood News Service - Mar 16th, 2018 10:08 am
Get a daily rundown of the top stories on Urban Milwaukee 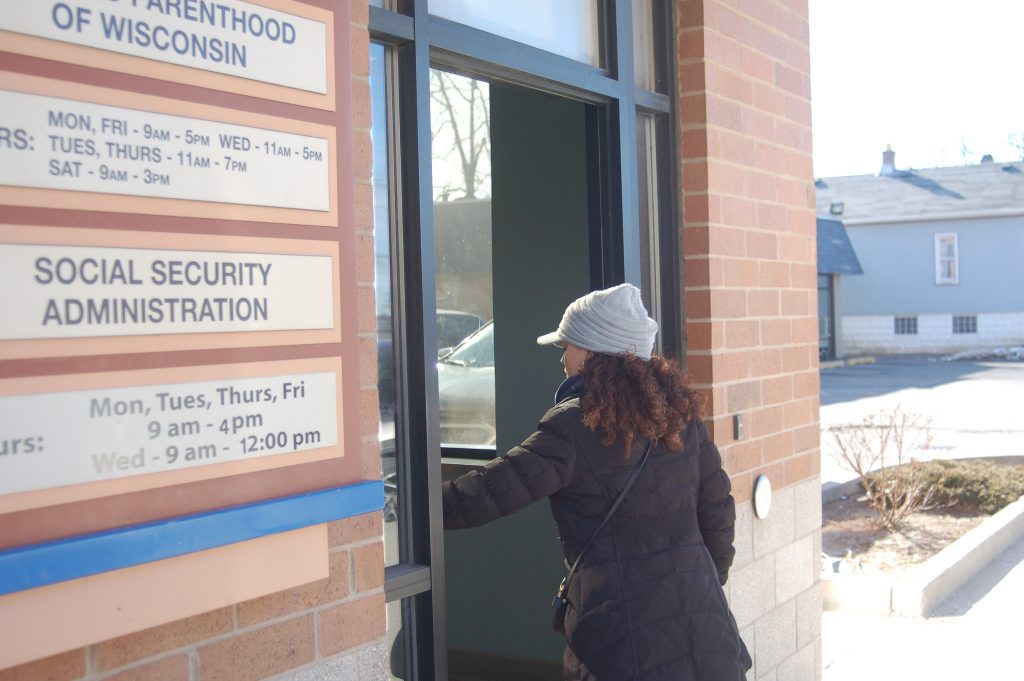 As the sun glared through a morning chill, Leisly Alejandro, her mother — who uses a walker — and brother were among the steady stream of visitors to the Mitchell Street Social Security office Wednesday.

“We walk here a lot. My mom and brother are disabled,” Alejandro said.

That day, she had no clue that it likely would be their last visit there. The Mitchell Street Social Security office, located on the second floor of a building at 1710 S. 7th St., will close March 22 due to facility maintenance and safety issues, according to a statement from the Social Security Administration (SSA).

Problems at the Mitchell Street field office include periodic elevator troubles, which forced patrons to use the stairs; lack of secure parking and a secured street entrance; and heating, ventilation and air conditioning issues, according to Doug Nguyen, regional communications director for the Social Security Administration.

Nguyen said about 2,200 people visit the Mitchell Street Social Security Office monthly. He added that nearly half the visitors to the branch reside outside of its service area ZIP codes of 53204, 53207 and 53235. Other nearby ZIP codes that will be impacted by the closing include 53215 and 53221. 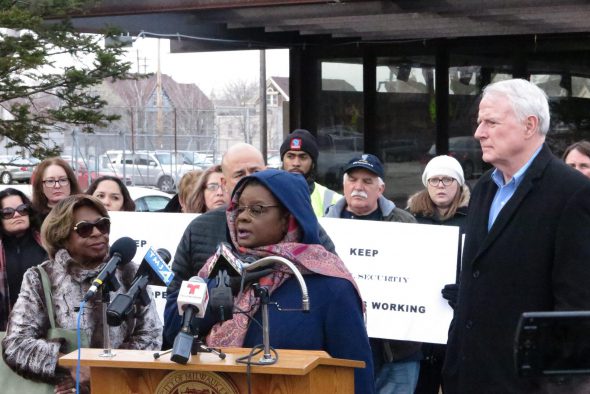 “We are confident we can provide quality service in one of our four nearby offices moving forward,” Nguyen said in an email.

Residents are being encouraged to utilize online, telephone or in-person services at other Milwaukee branches, including one located downtown on Wisconsin Avenue and another on South 84th Street and West Layton Avenue in Greenfield. There are also two Social Security offices on the North Side.

“It’s going to be a big problem for us trying to get to the other places,” Alejandro said.

South Side resident Veronica Cabrera said she visits the office on Mitchell Street once every few months, usually when she’s lost her Social Security card or to handle other personal affairs. But, she said, her mother walks there twice a month. She said she’s worried about her mother having to travel farther to receive vital services.

“It’s going to make her life more difficult. She doesn’t get around very well without a car,” Cabrera said. She added that aside from a homeless person sleeping in the hallway near the entrance once in a while, she hasn’t had any other safety concerns at the Mitchell Street office.

Both Alejandro and Cabrera, as well as a dozen other visitors Wednesday, said they knew nothing of the impending closure. Local and state officials say they were left in the dark for a time as well. Mayor Tom Barrett and U.S. Rep. Gwen Moore said they weren’t notified of the plans to close the Mitchell Street office until January. In a letter to Gale Stallworth Stone, the acting inspector general for Social Security Administration, Moore said SSA failed to follow its own policy.

“As noted in SSA policies and procedures for closing and consolidating field offices, ‘at least 180 days prior to the proposed consolidation date, we will notify the public about any field office consolidation proposal and include a 30 day comment period,’” Moore stated in the letter.

In a series of letters to Phyllis Smith, regional SSA commissioner, and John Cooke, acting regional administrator for the U.S. General Services Administration, Moore suggested that they consider relocating the office to the vacant second floor of the Mitchell Street Branch of Milwaukee Public Library, 906 W. Mitchell St. At a news conference in February, Barrett said the city offered the closed Forest Home Library, 1432 W. Forest Home Ave., which was replaced with the Mitchell Street library, as a place to relocate.

Ald. Jose Perez, who represents the area where the Mitchell Street field office is located, and along with Moore spoke at a March 7 rally to protest the closure, also criticized the SSA’s actions in a statement. He said the decision to close the South Side branch was made without any public meetings and inadequate outreach.

“It’s a slap in the face,” stated Perez, who vowed to work to keep the branch open.

Last week, in response to Moore’s most recent call for an investigation into the legality of the closing, the Office of the Inspector General agreed to review plans to close the Mitchell Street branch. Apparently, the decision was made to go through with the closure. The Office of the Inspector General did not yet respond to a question from Milwaukee Neighborhood News Service regarding whether a study had been conducted and what the results where.  According to a statement released by SSA on Tuesday, the office will close next Thursday, with employees shifted to surrounding offices.

Jaquitta Grafton, who lives on South 23rd Street, said she’ll have no choice but to adjust to traveling farther during her two trips to the Social Security office each month. Grafton added that she’s never experienced any problems at the Mitchell Street office and was disappointed that it is closing.

“I’ve never seen anything happen here to make me believe it’s an unsafe location. They shouldn’t close it. We need this office,” Grafton said.